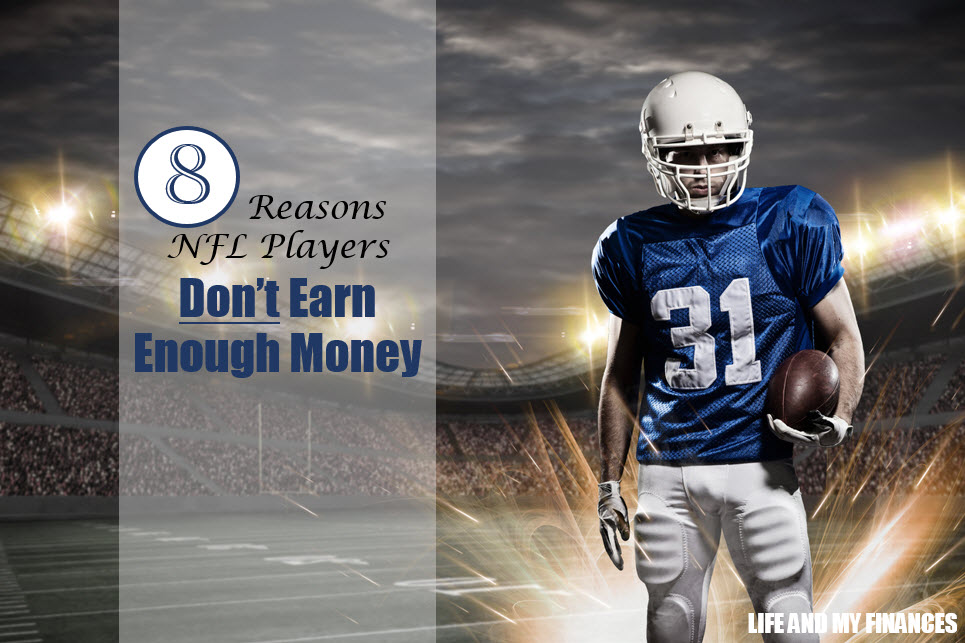 I think I’ve heard it about 10 times recently, “Man, those NFL players make too much money. What makes them so fricken valuable anyway?”

And…while I don’t often voice it (it’s not too popular to get into a verbal fight at work…that’s where these conversations typically come up), I think to myself, “Too much money? I’m not sure they earn enough!”

Do NFL Players Make Too Much Money? I Don’t Think So…

Sure, the average NFL player earns $2.1 million a season, but what does that really mean for them?

For pretty much every NFL player, the answer is “no”.

While becoming a famous NFL player is still the dream of many children, there are plenty of reasons why they actually might want to look into a different career… 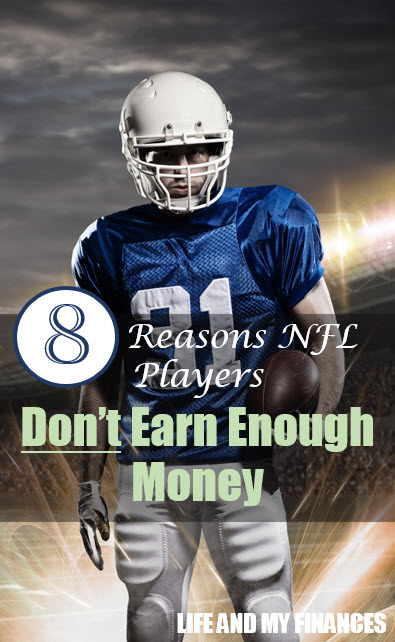 Back in the glory days, kids used to be able to be kids. Now, with the growing competitiveness of our society, our kids need to be smarter, faster, and stronger than all the other kids, which means that we need to get them started early…on whatever it is we want for them in the future. And, we’re basically stealing away their childhood to fulfill dreams that will likely never happen.

To even have a chance at getting drafted into the NFL, kids need to be all-conference and all-state in the early years of high school. This means that they need to be training in organized football many years before that. To have the best chance, kids start learning and playing the game at 5 years old.

As you may have guessed, football turns from fun to work already at a young age. The little kids practice at least a few hours a week. When they get into high school, there’s practice every day, and sometimes they have “two-a-days” where they practice for 90 minutes in the morning, and then another couple of hours in the afternoon.

Guess how much the average college football player practices every day?

On average, college football players practice over 40 hours a week. It’s no wonder they can’t keep up with their studies!!

And then there’s the NFL. Between the daily meetings, weight lifting, practices, and video study, there’s really not much of a work-life balance. On average, football players are away from their family from 6:00am to 7:00pm. That equates to roughly 70+ hours of work a week.

Are you starting to change your mindset on the fact that NFL players make too much money? Not yet? Keep reading…

What’s the average career span for an NFL player?

If you’re like me, you’d figure the average NFL player stays in the league for 7-8 years…but you know what? We’d be dead wrong.

According to Sports Illustrated, the average career of an NFL player today is 2.7 years.

Why so short? Basically, because you’re just a cog in the wheel. If you lose your talent, get injured, or if it’s decided that you’re not a good fit for the team, you’re out. No questions asked. The purpose of the NFL team is to win championships and make money. If you can no longer contribute to making those two things happen, your career is officially over.

I think the Washington Post captured it best in their piece, Retired NFL Players Endure a Lifetime of Hurt.

Even a short football career will leave you in pain…for life. Sure, over the course of your two professional seasons as an NFL player, you might earn $4 million, but at what cost? You wake up in pain, you walk in pain, and you can’t even play games with your kids!

Was it worth it? For a measly $4 million… I don’t think so. I’d rather have 50 years of pain-free living – hiking, biking, running, and unforgettable moments with my kids and grand-kids.

5) Your Brain Will Never Be the Same

C.T.E. (Chronic Traumatic Encephaopathy) has been found in 99% of the football players’ brains that have been donated to science. Basically, when you get hit in the head repeatedly (like in football), your brain is going to get damaged. You know…that thing that operates our entire body – it’s getting injured over time and can lead to:

These are all things that, if asked, we’d all say we’d want to avoid later in life. And yet, millions of young men still have dreams of making it big and becoming a star on that NFL field… If I ever have a son, I think I’m going to teach him to love business instead…oh, and probably golf. 🙂

Do NFL players make too much money? Let’s see…you body aches all the time and your brain can barely function… Money doesn’t sound all that important to me right now, what about you?

6) Distant Relatives Come Out of the Woodwork

You know that article I just wrote a few weeks ago? “5 Reasons You Couldn’t Pay Me to Win the Lottery“? Yeah…all those reasons apply here, BUT in this scenario you actually have to work your butt off to earn the kind of income you do, and then people still come out of the woodwork for a hand-out…like you somehow owe them for your football greatness.

In my opinion, it’s best to build up millions quietly so you can have it, but still enjoy it in peace.

7) No One Teaches You How to Handle the Money

Have you ever given an 8-year old $20 just to see what he would do with the money? Typically, that 8-year-old will head straight to the store, buy a bunch of candy, and come home with about $0.12 (basically, he couldn’t find anything to buy that was just 12 cents)…

A 22-year-old man, who is used to earning about $10,000 a year with his part-time job at Starbucks, suddenly lands an NFL contract that pays out $3 million a year….roughly 300 times the amount he’s used to handling!!

Did anyone teach him about saving, investing, or living on a budget? Nope. So why on earth do we expect him to do better than that 8-year-old boy that bought nothing more than candy?

You know all that time they had to put in to become a crazy-good football player? There really wasn’t much time left for studying or landing a real job. So, when they officially retire from the game of football at the ripe age of 25 or 26 years old, what is it that they’re supposed to do with themselves?

Many have absolutely no idea, and I think it’s one of the major reasons so many players go bankrupt soon after leaving the league. They’ve been training their whole lives to become a world-class football player and basically no time thinking about what they’ll do with the next 40 years of their lives…

Are You Sure NFL Players Make Too Much Money??

Can you see now why I cringe when my co-workers talk about ‘NFL players earning way too much money‘?

I don’t know about you, but I enjoy:

And I liked actually having a childhood where my friends and I could do anything we wanted. Our schedules were wide open and it made for fantastic memories!

Dreams of becoming an NFL player? Nah, that’s for the birds.

Instead, I’d do my best to stay out of debt, find a career that I truly love (and that would actually last 10 years or more), and invest early and often. In the end, this plan will get you more riches, and I’m guessing you’ll be okay with the fully-functioning body that you’re left with in the end. 😉

What about you? Do you still think NFL players make too much money?