Our Project House Progress – 3 Weeks In!! 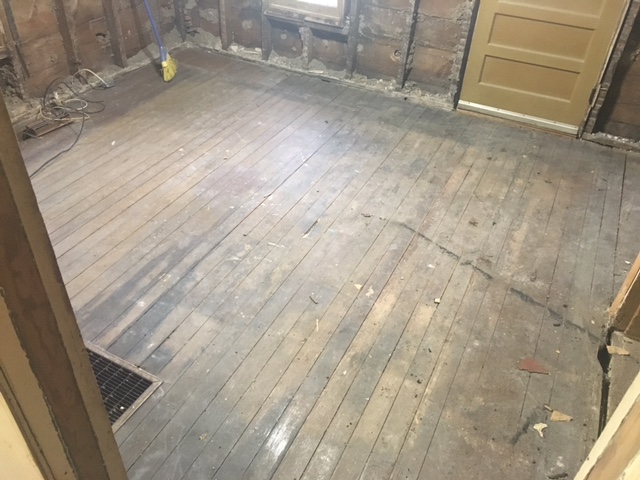 Oh my word, has it really only been three weeks since the house closing? Liz and I have absolutely been busting it over there – I’ve been working early mornings, she’s been working late nights, and we’ve both been putting in our fair share of hours on the weekends…

So what the heck have we been working on? What progress have we made so far?

Well, if you follow me on Facebook, you pretty much know EXACTLY what we’re doing and where we’re at with the progress. I’ve been uploading videos, pictures, and sending posts about what we’re working on each day. If you just said to yourself, “UGH! I’ve been missing out! I want to see what’s going on!!”, then you’d better start following us on Facebook! Simply like and follow my page here.

Our Project House Progress – 3 Weeks In!!

For those of you that have absolutely no idea what “project house” I’m talking about, where have you been?! 😉 Haha, just kidding.

Liz and I closed on a house three weeks ago for just $75,000. We plan to turn it into our next rental property.

It wreaked of smoke, dog, and cat urine…good stuff, huh? Well anyway, those smells needed to get OUT OF THERE if we want to find a decent tenant for this place. So, we started to dig…and dig…and dig.

If you haven’t seen the house yet, here’s the video I took on the day we bought it!

The Original Plan with the Walls

Initially, Liz and I agreed that all the paneling had to go. It was probably holding onto all that smell, so we figured we’d just pull it off, patch the plaster, paint it, and call it good! DONE-ZO, right?

Hahaha, we were soooo wrong….

The Reality of the Walls…

Here’s the reality of what happened:

By the time we got to the bathroom and kitchen, we wised up a little. That paneling was thicker and it was painted. We figure we can clean it, paint it, and have that smell go away. In other words, we did NOT want to discover what was behind the walls, so we left it alone. Thank goodness.

The back entry way was town down to the studs as well. There was water damage back there, so we really had no choice.

Finally, the upstairs bedroom walls were left alone. They looked decent and there was no reason for us to tear into them.

The Ceilings and Floors

On the main floor, all the ceilings were soft stapled tile – kind of like a drop ceiling, but smaller squares and stapled. They were all caked with smoke and needed to come down. My 6’8″ frame removed them beautifully, and thankfully we can just drywall right up to the supports that were holding them!

And then there’s the floors. We were digging for the “golden” hardwood, and for the most part, we found them! It took a while though — we had to remove all the carpet and pop up all the plywood underlayment (with a multitude of 3″ nails in them…).

The entire main floor has hardwood that I can sand and refinish back to their original luster! Unfortunately, there’s a hole cut in the living room for the crawl space, but I think we can pretty that up and make it a cool-looking access door. There’s also a 3’x3′ area in the kitchen that’s plywood instead of hardwood, but I’ve seen a guy feather in new hardwood boards before…and I figure I can do the same thing myself. Why not try, right?? 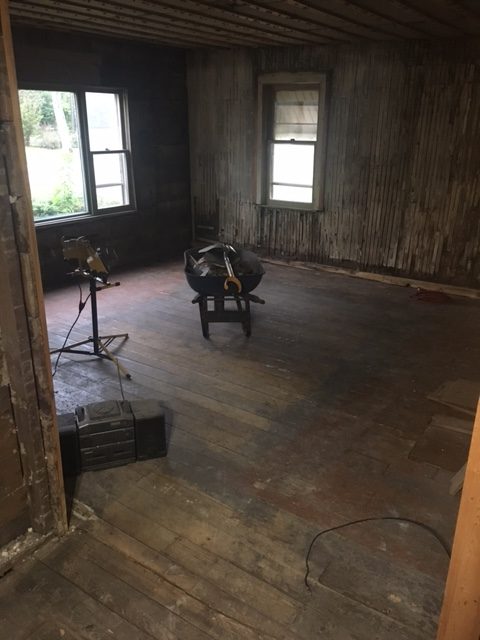 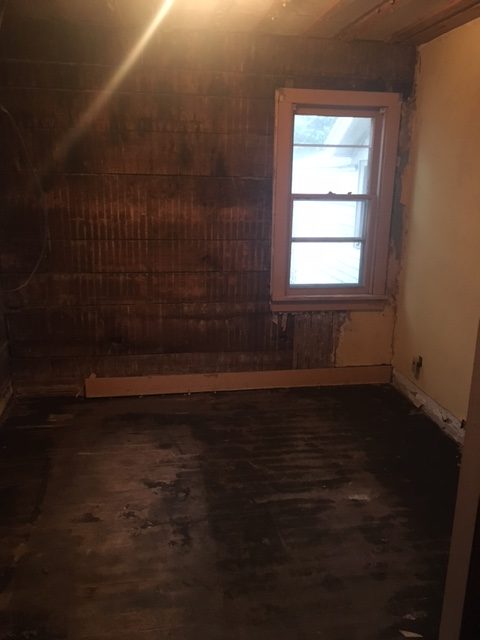 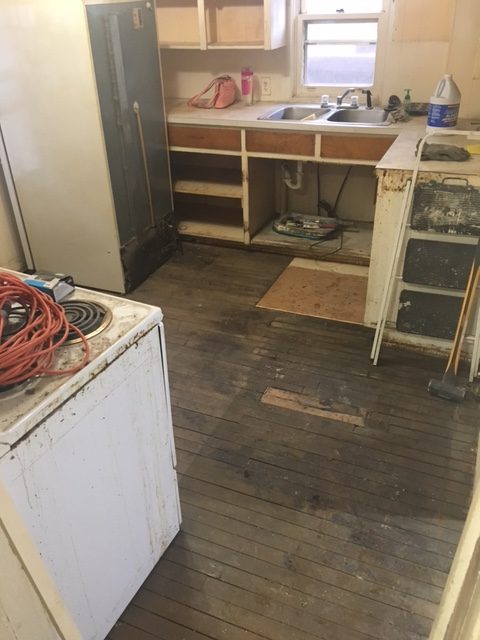 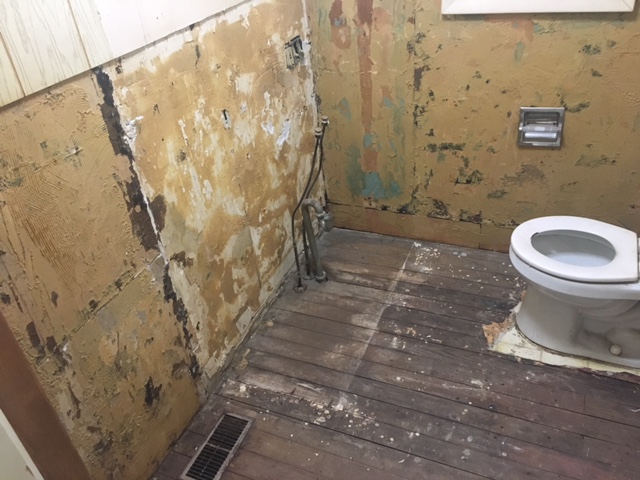 The Roof, Rafters, and Upstairs Bedroom

When we bought the house, we noticed that the roof had a couple of sags in the ridge-line. Early inspections all checked out that the roof structure was fine, but we wanted to be sure. Since the house had no attic space that you could crawl into (to get a visual inspection of the rafters), we decided to tear down the upstairs bedroom ceiling (it was in pretty bad shape anyway) to get a good look at them ourselves.

For the most part, all the rafters looked good! We’ll secure them further, just to be sure (with some plywood and 2×6’s). But now we’ve got to re-insulate and drywall the upstairs ceiling. 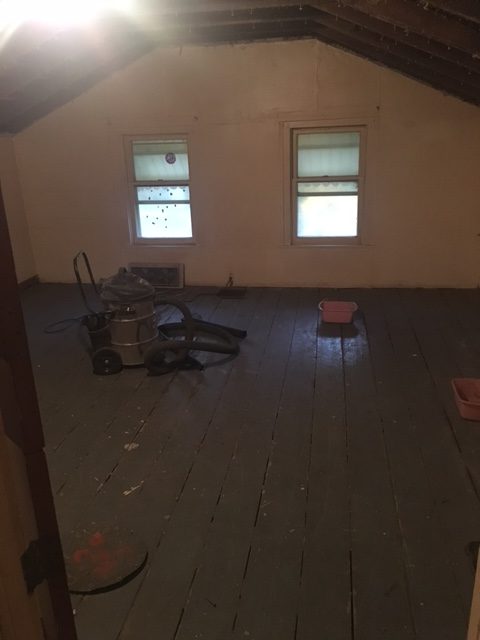 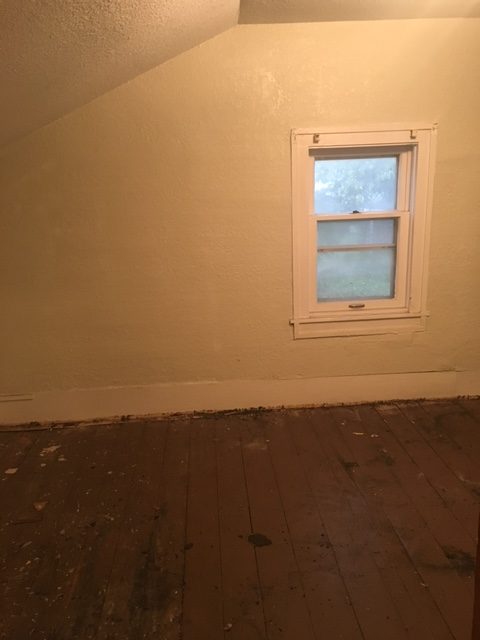 On top of the structure, we also knew the shingles were looking pretty bad. We got some quotes and it was either we:

We figured we may as well just take the plunge now. We’ve contracted a roofing company that will hopefully get it all done before the end of December.

Oh, and in the meantime, I’m re-shingling the garage roof. Have I ever shingled before? Nope, but honestly, it’s been pretty easy so far. Last weekend, I: 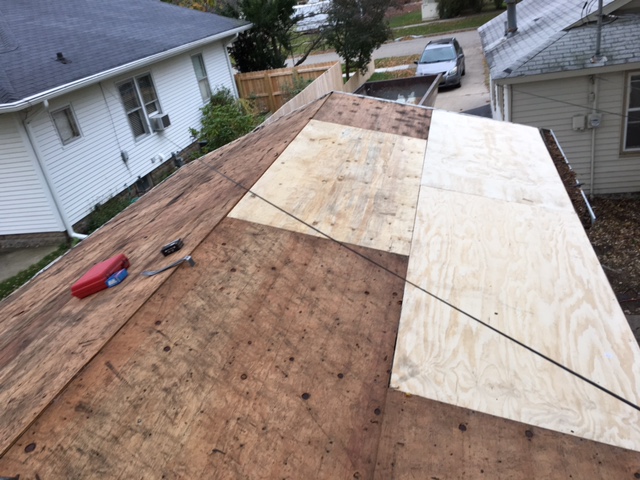 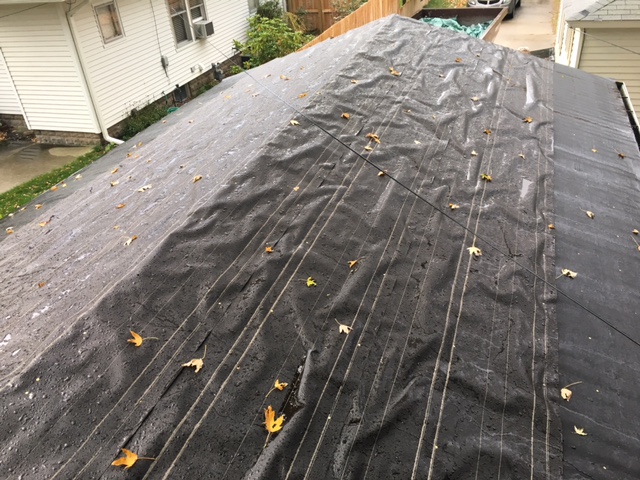 So pretty much, we tore the inside of the house down to the studs and the outside shingles are getting a complete redo. There…this whole article could have been covered with one sentence. I bet you liked all the additional commentary and pictures though. 🙂

Thankfully, it’s now time to rebuild this beautiful house back to what it once was! It’s going to look great, I just know it. It’s just going to take a little time.

I’ll keep you posted on all the progress. Stay tuned for some beautiful drywall pictures. They’re coming soon!!