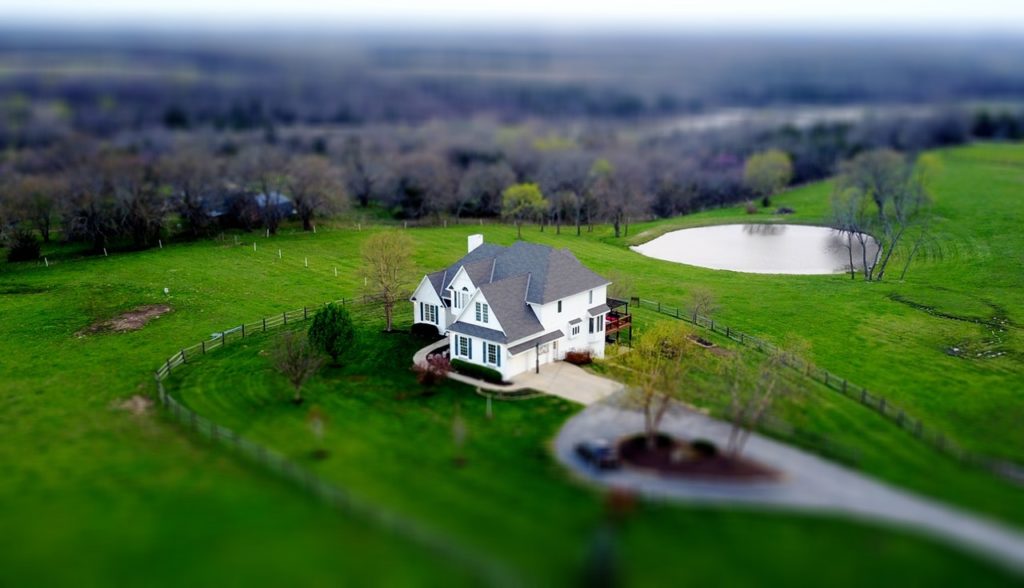 I met Alex about a year ago when he reached out to me for the first time. He had recently started a website (like I always encourage ALL of you to do) and wanted to reach out to, and help, as many people as possible. I agreed to let him write an article for me, and quite honestly, it was fantastic. Since then, he’s reached out again. And this time he had even more material – the top reasons to pay off a mortgage early! Check out Alex’s awesome post below and the special offer at the end. Enjoy! 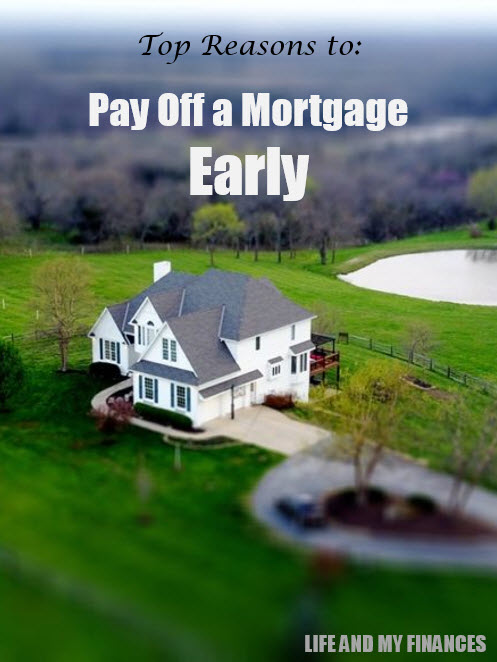 Top Reasons to Pay Off a Mortgage Early

When we paid off our $400,000+ loan in only 6.5 years we saved a boat load of money. Money that we’re now getting to keep for ourselves instead of paying it to the bank as interest.

A handy rule of thumb is that for a 30 year mortgage at an interest rate of 5%*, you pay around double what your loan is. So if you have a $300,000 loan, expect to pay another $300,000 or so extra in interest over the life of that loan. That’s a horrendous amount of wasted money in my opinion.

Many people already know that paying off a mortgage early saves heaps of money. However there are many other very good reasons you may not be aware of. Today I want to go through a few of the most important ones to hopefully get you more motivated so you can pay down that debt as quickly as possible.

Motivation is, I believe, the second most critical thing required when paying off a mortgage early. It makes or breaks the difficult challenge of attacking such a large, long term problem and an important part of motivation is your reason. Hopefully one of these can be yours…

Related: Should You Pay Off Your Mortgage Early?

It’s no shock to anyone that the world is becoming more volatile. As technology increases the pace at which the world moves, everything increases around it. Companies like Facebook and Twitter can surge out of nowhere to become billion dollar behemoths. On the flip side though huge companies and even entire industries can flicker out in the blink of an eye.

Kodak. Nokia. Peabody Coal. Once huge, astonishingly profitable companies have all since gone bankrupt. Their employees thrown to the curb with very little notice historically speaking. Add to this that if you’re really unlucky it might not just be your job that you lose… but your entire industry or profession.

Losing one’s job isn’t the only type of life shock you could suffer either.

We haven’t even approached the subject of a GFC 2.0 either…

All these are HUGE players in the top reasons to pay off a mortgage early, and although financial stability doesn’t completely solve everything, having a fully paid off house, zero debt and a good emergency fund in the bank makes them all vastly easier to deal with.

I know all of the above is very negative and depressing. No one wants to think about a loved one dying in a horrific car accident. But it does still happen. A lot. If you want to lead a happy and successful life for your entire life you need to be prepared and able to take significant life shocks that will occur to you over the years.

How to Prepare For the Shocks

One of the first steps to doing this is making sure your finances are rock solid. Paying off your mortgage early is key to that.

Beyond this, paying off your mortgage early allows you to be more flexible. You now have access to all the mortgage payment money that would be going to the bank for yourself. You can invest in new ventures, begin an early retirement account or react quicker when things do go wrong. Quite often proactive maintenance of various things ends up saving you money. As a very simple example if you fix that odd noise in your car engine quickly (as you have the money to do so) it will quite likely stop your entire engine breaking down and needed a much more expensive repair.

Most agree that it now takes two people working full time to raise a family and pay all the bills. However when you eliminate the biggest bill off all, your mortgage repayments, things change.

It’s becomes very easy to only have one parent working while the other one stays home full time and takes care of the kids. Without the huge drain of mortgage repayments the one remaining working parent’s income can cover all of the expenses and then some. It also can significantly reduce overall spending as you no longer need to pay for child care.

While most people go the route of having children first and then paying off their mortgage later, you can actually do it the opposite if you hustle a bit. There is also the other option of having the bulk of your mortgage paid off by the time you begin to have children, but either way it makes things considerably easier.

Related: How We Survive (and Thrive) on Just One Income

One of the biggest threats to a healthy, stable family life is the potential for divorce. According to multiple sources the estimates range from as low as 29% all the way up to 50% for first time marriages between people aged 15-44. Those are NOT good odds!!

So it stands to reason that you should be proactive and do as much as possible to make sure it doesn’t happen to you. Now I fully understand that sometimes people do simply grow apart or aren’t right for each other regardless of money or time. But it’s also very true that money (or lack thereof) is a hugely important factor in relationships.

…They all can greatly increase stress and lead to endless arguments about money. Eventually this ongoing problem takes its toll and while it might not be the direct cause of divorce, it essentially adds to the pain.

If you’re fully debt free, have a huge amount of income available to invest and live off of (because you have no mortgage repayments)…

Then your life becomes much easier.

This means that when a real, proper relationship issue breaks out (and one will at some point) you are much better positioned to take that “shock”.

Just like a financial shock where you may lose your job, a relationship shock benefits from your finances being rock solid and steady.

The ongoing reduction in stress also helps considerably with your health long term. You will have more money to commit to health if a serious health problem arises and you’ll be able to splurge more on healthier foods and more exercise such as sports or gym memberships which all greatly add to an overall and better quality of life.

Motivation is the second most critical thing to have when paying off a mortgage early. It not only starts you on your path, but keeps you there while the many years pass. Even with our very brief 6.5 year pay off rate… it was still 6.5 years!

Our reason was a combination of wanting better life security, health and flexibility. Yours might be centered more on children or maybe it’s just good old fashion money. Whatever it is, you must have it. Otherwise, after a few months you’ll just simply give up and go back to your old ways.

If you’re interested in learning more about being mortgage free in under 10 years, automatically and without cutting back on the things you love… You’ll probably like How To Pay Off Your Mortgage Early, Go From No Idea To Mortgage Free In Under 10 Years. 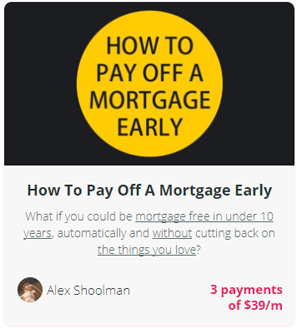 What are your top reasons to pay off a mortgage early? Are you tackling your mortgage debt?