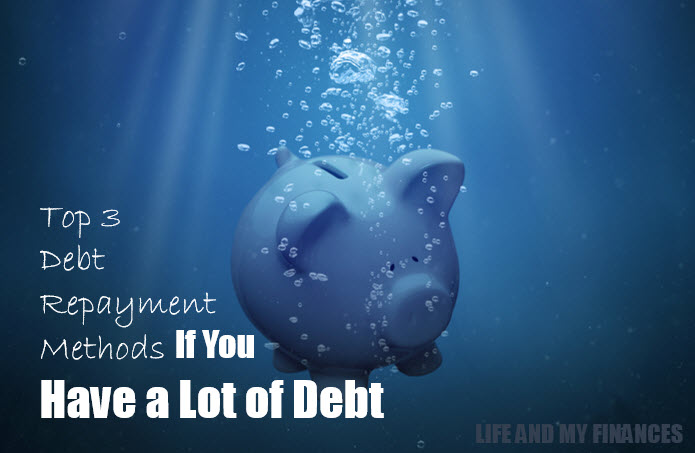 There are tons of “experts” out there that like to spout their “wisdom” on paying off debt. Some say you should:

With all the different advice, it can get downright confusing! And with all of this head-scratching confusion, you typically end up doing absolutely nothing and your debt stays just as big as ever!

We’re going to help you out here. Instead of talking about a million different debt payment methods, we’re going to explain the best three. Stop worrying about the rest.

Related: Researchers Say the Snowball Method is the Best for Paying Off Debt

If you are struggling with a lot of debt, it can be hard to see the light at the end of the tunnel when it comes to paying it off. However, there are three debt payment methods that you can try to pay off debt faster.

I think everyone has heard about the snowball method. But if you haven’t yet, it’s a pretty simple concept. The snowball method is when you pay off your debts from smallest to largest. Now, this isn’t always the best choice for some (we can get into that in a minute) but this is great if you get easily discouraged or are just starting out on your debt payment journey.

With the snowball method, you can be as simple as you want in listing your debts. Some just write it out on paper, some use excel spreadsheets, and some go all out and use colorful visuals to help them list their debts and goals.

(If you want to use the Excel file that Derek created (it’s one of the best ones out there), head to this article to get the download.)

With this method, you won’t count interest rates, minimum payments, or anything of the sort. Instead, you will pay the debts off one by one starting from the smallest, until you get to the largest. So, if your smallest debt is $350, that is what you will try to pay first.

I recommend this method if you are just now starting on your debt payoff journey, have a lot of “little” (under a few thousand dollars) debts, and if you get easily discouraged. Seeing your smaller debts paid off one by one really helps boost morale and hope.

I do not recommend this method if you have a few, but huge, debts. So, if you have 4 debts but they all are over $10,000, this method may not be the best for you. You’ll get discouraged if you don’t see that you are paying them off fast enough. 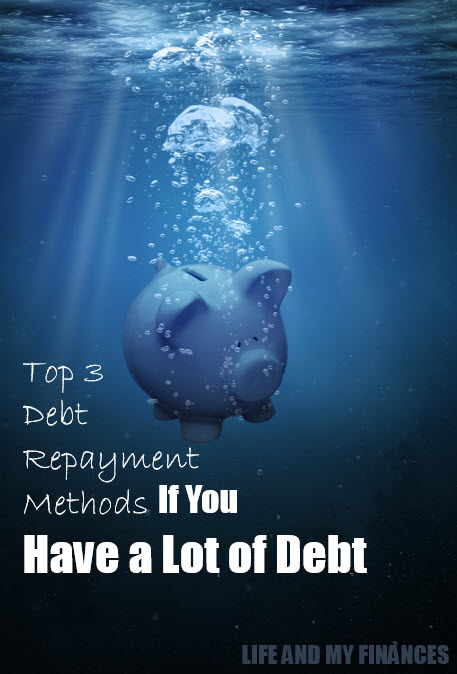 From there, you pay off your debts one by one, just like with the snowball method. The avalanche method is considered one of the best out of the debt payment methods, but that also depends on how much debt you have and how likely you are to stick with it.

This method may help you pay off your debts faster, mainly because you are eliminating the debts that accrue a lot of interest.

This is for those extremists out there. Now, this method is basically the snowball method, with an extra piece added in. Are you struggling with paying your minimum payments on your debt? Or, are you wondering how in the world you’re supposed to add extra payments to pay off your debts faster?

I get that it can be hard to find the time to get a second job or side hustle. Sometimes, making extra money isn’t always the answer. So instead, cut everything out. Yep, I said it. Become a minimalist.

Now, I’ve never had to pay off a lot of debt. But I have had to save a ton of money in a short amount of time. And this is exactly how I did it. My husband and I downsized to a studio apartment, only paid for necessities, and put every last penny of extra income into savings. The results? $20,000 in 14 months. And that was on a $35,000 a year (gross) income. Was it fun? Nope. But it got the job done.

This is a method not used by many, because most people can’t fathom the idea of giving up their iPhones, cable, and shiny new car. But if you are REALLY struggling with debt, and don’t know how you’re going to dig yourself out, this could be the way to do it. I like to call this my “sick and tired of being sick and tired” method.

Which of the 3 Debt Payment Methods Will You Use?

Having debt isn’t fun. Paying off debt isn’t fun. However, these three are the top 3 debt payment methods that you can use to get yourself out of the debt cycle. If you start one but decide to switch, go for it! You have to do what’s best for you and your situation.

From Derek: “Just so you all know, I’m still in love with the debt snowball method and believe everyone should work this system, no matter your situation. Follow the spreadsheet I made, tackle it head on, and get rid of your debts as quickly as you possibly can! Works every time. :)”