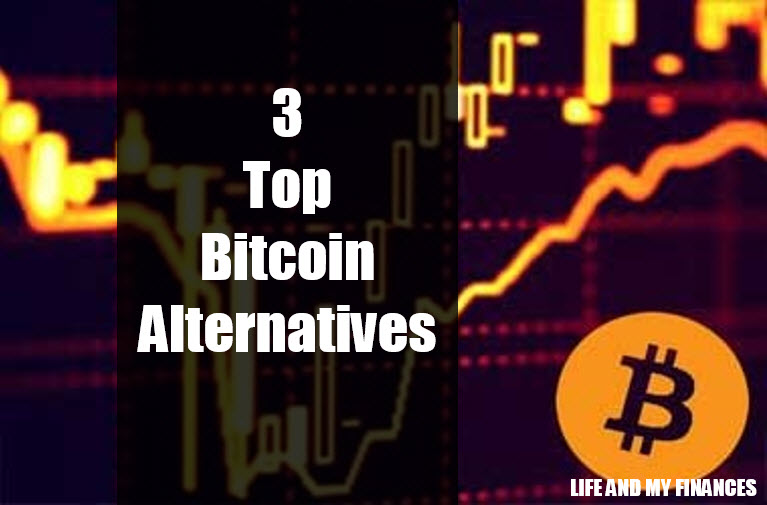 Everyone has heard of Bitcoin, the world’s first cryptocurrency. Launched in 2009, it burst into the mainstream last year, starting at under $1,000 and hitting a peak value of $20,000 before heading back down. This decentralized currency is the leading ‘altcoin’ in terms of total market capitalization. But, one must understand that there are many other leading Bitcoin alternatives that should be considered.

Bitcoin is the most traded cryptocurrency, giving it huge liquidity, as well as worldwide acceptance. However, it isn’t the only digital currency that in-the-know traders are looking at. The following 3 Bitcoin alternatives are also worth considering.

Related: Can Your Mutual Funds Beat the Stock Market??

Launched in 2015, Ethereum is currently the 3rd largest cryptocurrency by market capitalization. It has pushed blockchain technology one step further with the implementation of smart contracts. These contracts can be added to the blockchain code with an “if/then” system that allows Ether, the currency of the Ethereum ecosystem, to be traded only when certain conditions have been met.

The idea behind Bitcoin was to create a secure and private decentralized peer-to-peer payment system. Ethereum’s primary purpose is to offer a decentralized system allowing the creation of smart contracts. The time it takes to mine a block is also shorter with Ethereum than with Bitcoin, at 14 seconds, rather than 10 minutes. This is an advantage which enables faster transactions.

Launched in 2011, Litecoin is now the 6th most important cryptocurrency, and is often considered the “silver to Bitcoin’s gold”. Litecoin is built around the Scrypt algorithm, rather than the SHA-256 code underpinning Bitcoin. This allows quicker block generation, powering faster transaction confirmation times. The total number of Litecoins is also 4 times greater than for Bitcoin – 84 million coins vs. 21 million. This means transactions are processed in a quarter of the time it takes the Bitcoin network, making it an attractive option for many online merchants.

Released in 2012, Ripple is currently the 2nd most traded cryptocurrency and is marketed as a system for instant and secure international payments. Unlike Bitcoin and other cryptocurrencies, Ripple doesn’t require mining. Its consensus ledger is its confirmation method – its coins aren’t mined, but issued.

Another important difference is that Ripple doesn’t have its own public blockchain. Instead, it uses an internal ‘enterprise blockchain’ ledger. Ripple is more about B2B-friendly instant payments, with a focus on end-to-end services.

What Do You Think?

Cryptocurrency brokers worldwide offer many digital currencies for traders who are looking to invest in this asset class. The trading platform UFX currently offers more than 15 cryptocurrencies, and is about to launch trading on 14 more. Its advanced features allow traders to take more informed trading decisions and manage their portfolios more effectively.

Which Bitcoin alternatives interests you most?