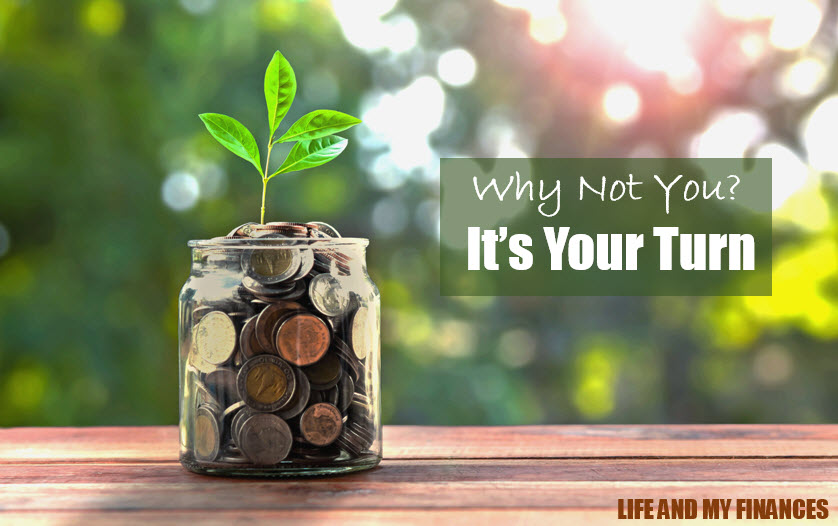 You’ve been in debt.

And it honestly feels like you’re never going to get out.

Any time there’s a glimmer of hope where you think you’re getting some traction, something happens….

Ugh… You just can’t seem to catch a break!

It’s official. You’ve given up. You’ll always be in debt and that’s just the way it’s going to be…

You are NOT giving up! I won’t let you!

Why Not You? It’s Your Turn

Explosions are going off everywhere. Smoke is billowing from the craters that were peaceful pastures just a second ago. Men and women are falling in front of you. They’re injured, laying down, and most of them have given up. They’ll never make it to the other side.

Then somehow, through the smoke and the earth-shattering booms, you hear a faint voice… You see a hand in the distance waving, desperately trying to get your attention.

I’m uninjured, alive, and thriving. I made it through the financial minefield and I know exactly the path I took. I want to show you the way. Follow my direction and you’ll make it too! It won’t be easy, and I can’t say it won’t be frightening, but I promise that I’ll get you to the other side. 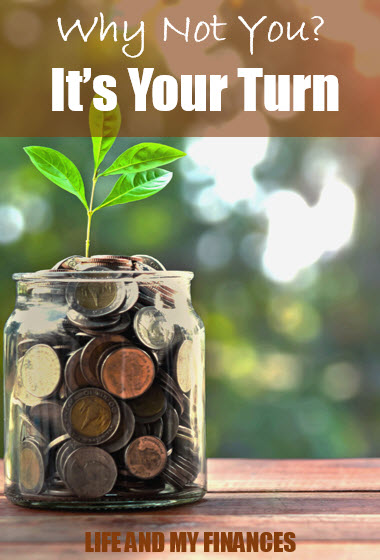 Failure is Part of Success

Do you know what the major difference is between those that fail and those that succeed in life?

I mean think about it.

There are some fantastic success out there, and you know what? Practically none of them happened overnight. For each and every one of these people, failure was a part of their success.

So sure, you’ve tried and failed a few times, but who cares? The results of your past are not indicative of your future, especially if you learn and grow from your past failures. Right now, it’s your turn. Your turn to win financially.

How to Change Course Toward Success

Alright, so you’re starting to get amped up. You’ve had failures in the past, but now you’re ready to turn the corner and start fresh. You desperately want to become that next success story! But what do you do next?

If you want to become successful, you need to have a strong belief in yourself and be willing to promote yourself whenever necessary. No, you don’t need to be pompous or arrogant, you just need to be good at what you do and believe it so strongly that everyone else believes it too.

Related: How to Promote Yourself Without Looking Like a Jerk – Harvard Business Review

2) Embrace the Law of Income

Your wages aren’t dictated by the government. After all, this isn’t a communist country (thank goodness!!). Your income is directly proportional to the value that you deliver to the marketplace. The more people you serve, the more money you’ll make.

Related: 9 Things the Rich Do That they Poor Do Not – Life And My Finances

If you walk around talking like Eeyore every day, nobody’s going to want to be around you. Stop with the negative and embrace a positive perspective on life (FYI – you may need to cut back on watching your local news…all those negative stories will just suck the life out of you). You’ll feel better, you’ll be more upbeat, and you’ll actually start attracting people rather than repelling them.

4) Change Today for a Better Tomorrow

“You will be the same person in five years as you are today except for the people you meet and the books you read.”

If you truly want a better tomorrow, start to question which of your friends you should actually be hanging around with. And, start reading books that will help you grow as a person.

I recommend these books – they’re some of my favorites:

You heard me right?? It’s your turn.

I don’t care what you history has been or how much of a struggle you’ve had with everything. That stops now. From here on out, you’re a winner and you can accomplish anything.

Stop telling yourself why you can’t and start coming up with reasons why you can. You’re a winner. Your parents believe it, I believe, and now you believe it. Now go out there and make your dreams come true!!