When Can You Withdraw From Your 401k? (…and When Should You?) 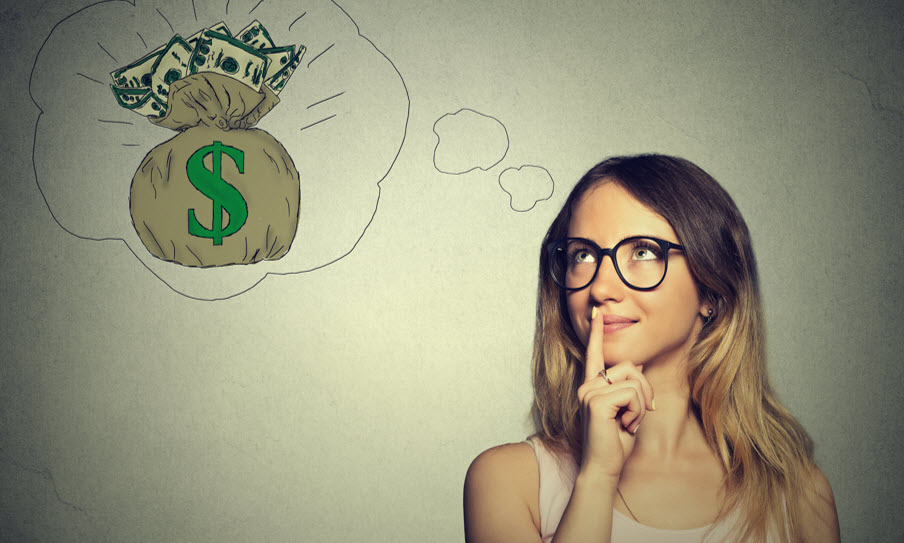 You’re smart. You’ve been putting money away into your 401k for years and it’s actually starting to turn into quite the pot of gold! But…then life happened and you could really use some money…and fast. You don’t have much in your savings, and you probably don’t have enough time to earn the money….so it’s leaving your wondering, “When can you withdraw from your 401k?…and should you??”

When Can You Withdraw From Your 401k?

You’ve heard it again and again:

But is that really true??

In fact, there are quite a few circumstances where you can withdraw from your 401k without penalty (but of course, you’ll still have to pay the income tax). Take a look at all the scenarios below where the government actually can’t penalize you for your withdrawal.

1) You Were Automatically Enrolled

If you recently started a job and they automatically enrolled you into a 401k program, you have the right to withdraw the funds that were taken out of your check, but you’ve got to be quick! Per the rules outlined in section 414(w)(1)(c), you may withdraw the funds prior to either:

So, you’re probably not going to get a ton of money this way, but it might be a few hundred bucks more than you had before!

Corrective distributions are another way you can withdraw from your 401k…but it’s not really controlled by you….

…you may have some of your money returned to you because you’re not meeting the overall guidelines of the 401k. It’s not your fault, it just happens.

If you desperately need money and you’re likely to get a corrective distribution (per the three reasons provided above), then perhaps you can get the ball rolling and get the money sooner rather than later (sometimes the government has a way of holding onto your money longer than they should…**acchhmm** **TAXES!!** **acchhmmm***! Sorry…something must have been in my throat. ;)).

If your spouse dies (which would be an absolutely terrible thing by the way… I hope I don’t experience this for another 70 years…when I’m 102), a 401k that was in their name is now available to you, the beneficiary. You can:

In options 1 and 2, you can withdraw money from the 401k without penalty. You’ll still pay tax, but no penalty. In option 3, if you’re under 59.5 years old, you’ll have to pay taxes AND the penalty for each withdraw (which is why I obviously don’t recommend this option).

If you have a mental or physical disability that ‘prevents you from engaging in gainful activities or work’, then you have a right to withdraw money from your 401k without penalty. Of course though, you’ll still have to pay tax (we just can’t avoid that tax-man can we??!).

To prove your disability, you must:

Keep in mind also that your condition may allow you to claim a disability federal tax credit.

When can you withdraw from your 401k without penalty?

…Yet another unpleasant scenario when one can withdraw money from their 401k… BUT, it’s still good to know, especially if you are currently facing divorce and trying to figure out how everything will be divided and split.

Upon a divorce where one individual has a much larger 401k than the other, a QDRO may be in order – a Qualified Domestic Relations Order. Put simply, this just allows a person to withdraw an amount or a percentage (whichever is decreed) from one 401k to put it into another 401k for the non-owner to have. It’s pretty much just a way to split the 401k in two without getting getting buried in taxes, fees, and penalties.

Even with this special rule though, no one can take this money and transform it into spending cash. If they do, they’ll….yes, you guessed it, be taxed and penalized.

This is the infamous 72(t) rule that you’ve probably read about at some point in your life. While many people still believe that there is no way to withdraw 401k money without penalty, this method absolutely works. But, there are strict guidelines of course…

Let’s say you’ve been killing it in your career. You’re only 40 years old, but you’ve already built up your 401k to $1,000,000. You want to retire, but you don’t have any investments outside of your 401k. Not to worry, this is where the 72(t) rule comes in, making it absolutely possible for you to retire at the ripe age of 40.

All you have to do is schedule consistent payments to yourself until the age of 59 1/2, and it must be over the span of 5 years, minimum. So in the case of the 40 year old, he could set up a payment to himself every month until he was 59 1/2, completely penalty free.

Now, if you’re hard up for money, then this probably isn’t the best option for you, but it’s still good to know, right??!

Medical expenses – they’ve just got a way of sneaking up on your and taking you down financially. In fact, one in five U.S. consumers actually has medical debt on their credit report.

If you have medical bills in one year that total more than 10% of your adjusted gross income (AGI), you are permitted to withdraw the money from your 401k without penalty. Again, you’ll still be taxed, but no penalty.

Often times, when military reserves are called into active duty, they experience a pay-cut. If they’ve been relocated over 100 miles away and are finding themselves strapped for cash, the U.S. does allow them to withdraw from their 401k without the added 10% penalty.

Some people that desperately need to fill a temporary gap in their budget do this:

Sheesh, I can’t believe I just put that in writing. I was going to wait until the end of this article to tell you not to do some of this stuff, but I just can’t help it… DON’T DO THIS!! It’s probably going to end poorly and you’ll end up paying high income taxes AND you’ll owe the 10% penalty.

Sorry…couldn’t help it. Sure, this is an idea, but please don’t choose it.

Often known as the “Rule of 55”, if you’re fired, laid off, or if you leave your place of employment at the age (or after the age) of 55, you are permitted to withdraw from your current 401k without the 10% penalty.

And you know what? If you’re a public safety employee of the government, your magic number isn’t 55, it’s 50. Lucky you!

Yes, You Can Withdraw From Your 401k, But Should You??

Before we answer the question, let’s take a look at an example.

Bill and Sally both have $100,000 in their 401k and they’re both 38 years old (well, this works out nicely for our example now doesn’t it?! Thanks Bill and Sally for being identical people in the exact same situation! ;))

Both are faced with a tough dilemma. They had unexpected medical procedures this year and each have $20,000 worth of medical bills. Neither of them have any money other than their 401k retirement accounts. Should they take the money out of their 401k to pay the bills? (even though they wouldn’t be penalized?)

Let’s say Bill takes the money out, Sally does not. Assuming neither of them puts another dime into their retirement accounts (FYI – we’re assuming no tax here for simplicity sake…but keep in mind that these resulting numbers could be even worse for Bill than they are already), how much of an impact do you think that withdrawal would make? Take a look…

This is why I never advise people take money out of their 401k. It’s just too detrimental to their future earnings! Instead, in situations like this I recommend that people work with the companies that they owe money to and find another way to pay the bill:

There are plenty of ways to come up with money that you don’t necessarily have today, so why do people do it? Convenience, plain and simple. The money is there, it won’t affect their every day lives, so why not just take the easy road and get that bill paid for today? The answer… take a look at the above example. There’s 422,000 reasons…

There are three life events when I recommend that you withdraw from your 401:

So pretty much, your situation has to be either hopeless or fantastic. All other scenarios should be worked out in some other way. Your 401k is just too important to your future self. And if the above example of Bill and Sally doesn’t scare you straight, I don’t know what will.

Have you ever considered a withdraw from your 401k? What was the reason? Did you go through with it?