Common Sense Stuff That Nobody Does – Back to Personal Finance 101 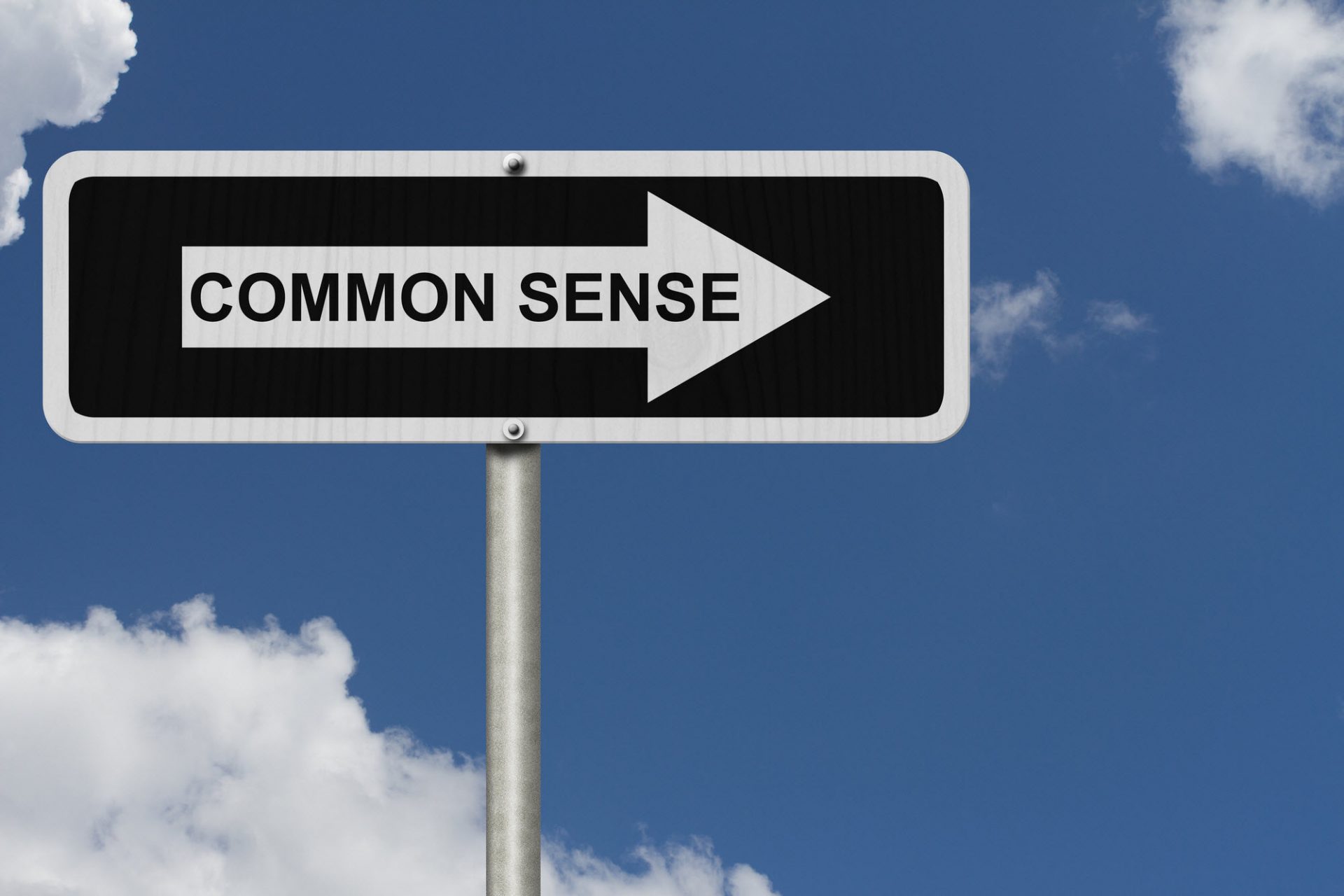 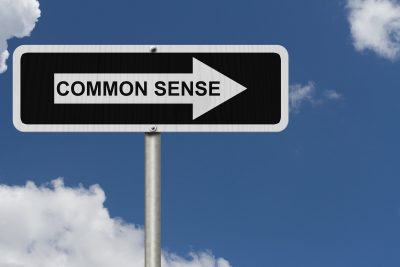 Don’t stick a fork in a power outlet. Don’t treat a construction site as your personal jungle gym. And don’t ever park your car on train tracks. This is pretty common sense stuff, right? If you want to stay alive, try to avoid doing stuff that’ll kill you. On the same token, if you want to have some money at some point in your life, avoid the stupid stuff that will eventually make you lose it.

Common Sense Stuff That Nobody Does – Back to Personal Finance 101

Credit cards, 0% interest, 0% down, options trading… personal finance has gotten pretty complicated, hasn’t it? Fifty years ago, common sense in finance was easy, because it was pretty much the only way to live!

This is just the way it was. Everyone followed pretty much the same set of rules and many of them are enjoying a golden retirement today because of it.

My wife and I have been applying this common sense stuff that nobody does anymore (for about 4 years), and let me tell you, it’s completely uncommon today (I know this based on the number of raised eyebrows I get every day) and it works!

After applying the common sense principles below…

Turns out, life is pretty great when you apply some common sense.

1) Don’t Borrow Money When You Don’t Have To

Borrowing money is so easy today. I mean, come on – I can pay for a new TV by waving my phone at the credit machine?? Oh, and I can get pre-approved for a $250,000 mortgage in 5 minutes…while in my pajamas? Seriously??

Borrowing money has become so easy that it’s almost viewed as the smart way to make all your transactions. But, with the hidden fees (and also the not-so-hidden fees – like interest payments) buying on credit is often not the answer.

Get Real, 0% is NOT Free Borrowing

This one drives me crazy, and it really speaks to the laziness of our society today. When you walk into a furniture store and they’re offering you a complete living room set for 0% interest on their store credit card, here’s what’s actually happening:

If you need something to sit on at home and don’t have any money, check Craigslist. There are tons of people that are giving away their furniture for free. You won’t have to borrow, and you’ll be setting yourself up for wealth down the road. 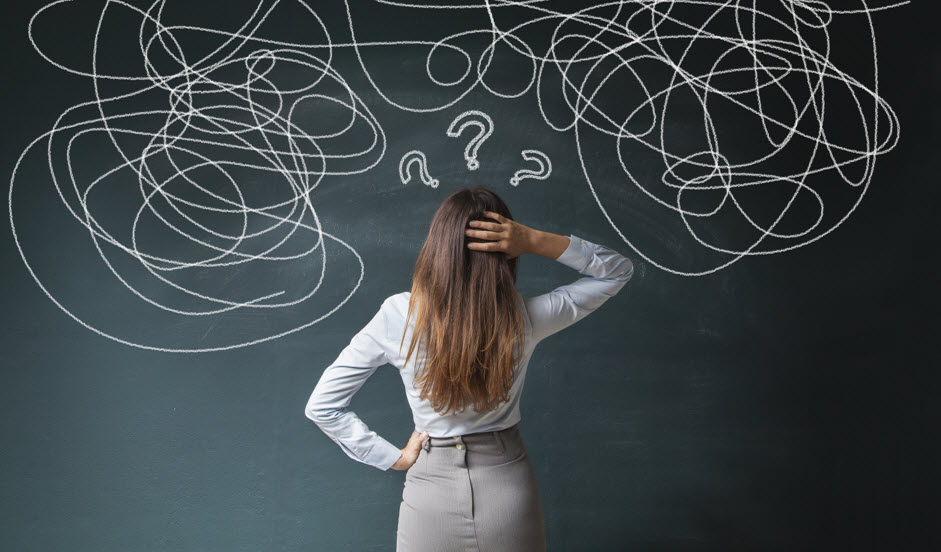 2) If You MUST Take on Debt, Pay It Off As Quickly As Possible

Way back in the day – like in the 1800’s – farmers would have store credit at the grocery store. In other words, they would rack up debt when they were short on cash in the summer (when they were waiting to harvest their crops). And guess what their first act was when they cashed in on that first harvest? Paying off their store credit of course. It was just the honorable thing to do.

And, not only was paying off the debt honorable, it enabled them to refocus, regroup, and start making headwind on their business again (and hopefully not have to use their store credit next year).

What do we do today?

So what’s the big deal? Why should we pay off our debts as quickly as possible?

First of all, almost all debt has interest payments, which means you’re wayyyy overpaying for whatever it is that you bought. Secondly, when you pay off your debts and free up your cash flow, that puts you in the best position to become wealthy. And finally, you’ll want to do it as quickly as possible because it’ll change the way your mind thinks about the debt payoff. By committing to paying it off quickly, your brain will think of ways to do it faster than you ever thought possible – all because you said, “I’ve had it!!! I want this debt gone!!”

3) Don’t Invest Until You’re Our of Consumer Debt

The 401k company match is finally getting people to invest , but there’s one fatal flaw in this nudge — some people are trying to invest while they’re still in debt…which really isn’t helping them at all.

What’s the typical interest rate on a:

According to NerdWallet, the average interest percent on credit cards is 14.87%. Auto loans are about 5% and student loans are between 6-7 percent. On average, people are paying in about 8-9%  interest on their debt. Guess how much their investments are likely making? 7%, 8%, mayyyyybe 9%. In other words, by investing while you’re holding on to debt is at best just keeping you at par. You’re probably not gaining, you probably aren’t losing, but you’re going nowhere…forever. This obviously isn’t the best plan.

If you want to grow wealthy, get out of debt, build up an emergency fund, and then invest. 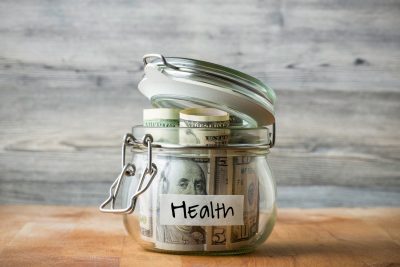 When you get yourself out of consumer debt, the next step is to save up a nice, beefy emergency fund. And you know what you do with it?

You don’t invest it and you don’t use it to buy a boat in a moment of weakness… All you need to do is put it in a savings account and ignore it. This is probably the biggest piece of common sense stuff that nobody does because we’re all just so antsy with our money (and frankly, there are just too many options out there for what we could do with it…please don’t invest your emergency fund in Fundrise…that’s just a bad idea).

But you know what? Putting money into your emergency fund is one of the most important steps on your way to wealth.

An emergency fund allows us to:

5) Stop Over-Paying on Your Taxes

I counsel a few couples with their personal finances, and you know what’s consistent with all of them? Everyone claims zero on their tax forms… Meaning, they all pay in way too much money in taxes and then get a huge refund (like, $8,000) at the end of the year.

What planet are these people living on? Why is it that they think this is a good idea?

Let’s say that I’m selling you a brand new lawn mower. The sticker price is $1,000, and I give you two options for payment:

Which set-up would you choose?

Every single one of you would choose option #1 because you wouldn’t want to give up all your money throughout the year, but for whatever reason, when it comes to Uncle Sam, you’d gladly overpay by thousands and thousands of dollars!

I really don’t get it.

Instead of dishing out ungodly amounts of money to the tax man, Liz and I work hard to keep most of that money for ourselves throughout the year and invest it! That way, not only do we not forfeit it for an entire year, we earn 10% on it. And we do that again and again, each and every year. If you want to start doing common sense stuff that nobody does, start here. It’s easy. Just look at how much you paid in taxes last year and increase the number of dependents that you claim so that you stop drastically overpaying taxes on every paycheck.

Beyond just claiming the right amount of dependents for your situation, you should also do everything you can to owe less in taxes each year. How can you do this? Mainly, through 401k and HSA investments. Stash money away, reduce your earned income, and pay less in taxes. It’s really not a challenging game. Once you get it down, it’ll just become a habit. 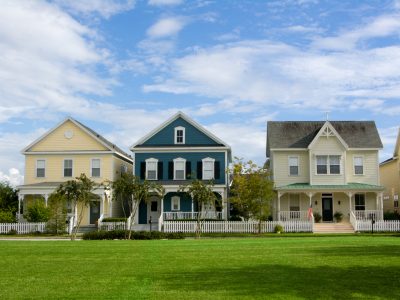 6) If You Have Consumer Debt, Don’t Buy a House

“What? You’re 25 years old and just got married? You should buy a house. You need to buy a house. You’re still renting? Stop throwing your money away and buy a house. It’s the best move you’ll ever make.” — says all the broke people that somehow believe they should give you financial advice.

If you’re in debt and have no savings whatsoever, DO NOT buy a house. It’ll only be a curse to you.

Instead of buying a house, just find the cheapest rental possible (think above-garage apartment and roommates!) so you can pay off debt, build up an emergency fund, and then save up that beefy down-payment for your first house!

Do you know what we pay for this insurance? $12 a month…

Term insurance is cheap and it’s an absolute necessity for almost everyone out there. Want to look into insurance for yourself? I recommend (and am an affiliate for) Ethos Life Insurance. They give you a great rate to support your loved ones in the event of an accident, and I get a little kick-back for the recommendation so I can keep this site going. It’s a win-win! If you want to do common sense stuff that nobody does today, then make buying life insurance should be on the top of your list!

According to CNN Money, 89% of Americans spend more time planning vacations each year than they do on their own retirement. In other words, people are all about the moment and completely careless about their own future.

Want to do better and succeed more than 89% of the population? Simply make a plan for your future. Seriously. If you’re intentional about winning in life and lay out a just beginner steps, you’ll soon be far ahead of all your peers. I have no doubt about it.

Common sense isn’t all that common today, is it?

And you know what? This probably isn’t going to change. In fact, I’m pretty convinced that no matter how many top-tier articles I write, the world will just continue to borrow more and care less. That’s just the direction the world is headed.

However, I believe you’re different. I believe you’re still going to hold onto that common sense and use it to get out of debt, build up your emergency fund, invest in retirement, pay off your house, and become a freakin’ wealthy millionaire!

If you haven’t figured it out yet, there really aren’t any secrets to building wealth. It’s all just about sticking to common sense.

Are you ready to embrace all the common sense stuff that nobody does??