The Real Reason You Should Be Paying Off Your House Early 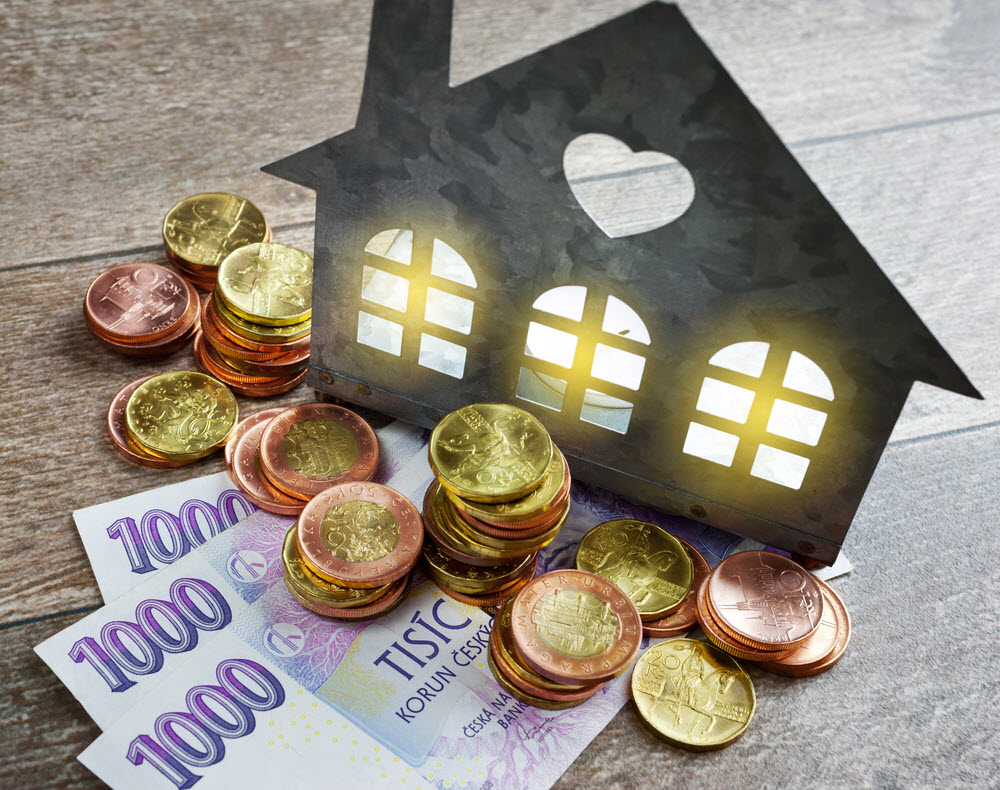 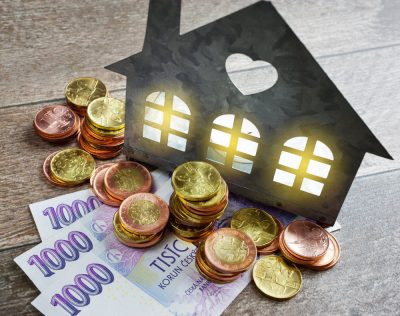 Is it wise to start paying off your house early? Most people would say, “no”… While I have always told you yes. But what are the reasons behind these answers? Does it actually make financial sense to pay the full term of a 15-year mortgage rather than trying to pay the debt off as quickly as possible?

The Real Reason You Should Be Paying Off Your House Early

Even after digging into all the numbers, I want to tell you upfront that I’m still a firm believer that you should start paying off your house early. It’s not as much of a slam-dunk as some hardcore traditionalists lead you to believe, but I still firmly believe it’s the best path to wealth.

Why am I bringing you this message like I’m fighting an uphill battle?

It’s because I am.

The Interest Savings…It’s Not as Huge as it Sounds

You probably already know the main reason why most personal finance blogs tell you to start paying off your house early– because of the hundreds of thousands of dollars you’d otherwise be paying the bank in interest. Here’s how the scare tactic usually goes…

Yikes! Talk about way overpaying for a property!

But are you really…?

The Value of Your Home vs. Your Total Amount Paid

If you bought a house this year and it was valued at $300,000, how do you project what it will be worth decades from now?

There are basically two beliefs about home appreciation:

Most real estate agents are huge fans of citing the 5-6% growth a year (obviously). And it comes from the Census Bureau reports…so it should be pretty credible, right? Well, yes and no… 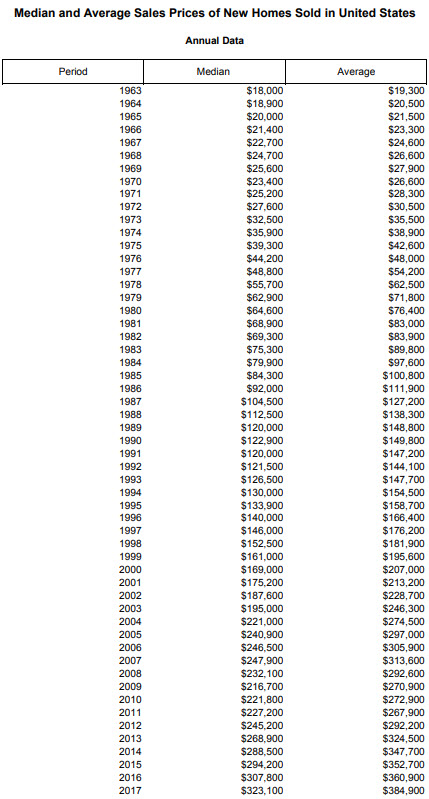 When you calculate the compound annual growth rate of these selling prices, sure enough, you get a rate of 5.7% a year.

BUT, the data is misleading.

First of all, the comparison shouldn’t involve new home builds – it should instead evaluate the growth in value of existing homes. Unfortunately, this data is nearly impossible to acquire since housing markets differ dramatically from region to region, PLUS there really isn’t a credible source (even today) that shows the value of homes from year to year either.

Second, the above data isn’t comparing apples to apples. The homes in the 1960’s were roughly 1,200 square feet. The new builds today are more than twice the size of that, so they obviously cost more!

Upon estimating the actual growth of existing housing (rather than new home builds), and then adjusting for the home size and inflation, the value of housing has really only increased by 0.2%. In other words, the housing market has really just done a hair better than the general rate of inflation.

So long story short, the data from the Census Bureau is correct, but misused terribly. When estimating the future value of your home, the rate you should use is actually 3.22% (ie. the inflation rate the U.S. has experienced since 1913).

Now that we’ve got the correct home inflation rate, we can estimate the value of a $300,000 house 15 years from now as well as 30 years from now. 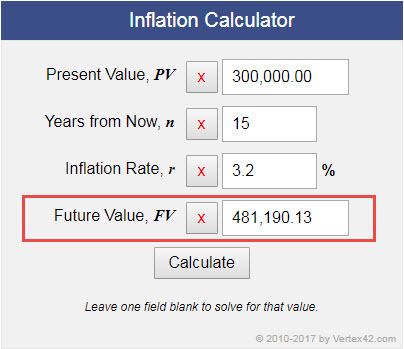 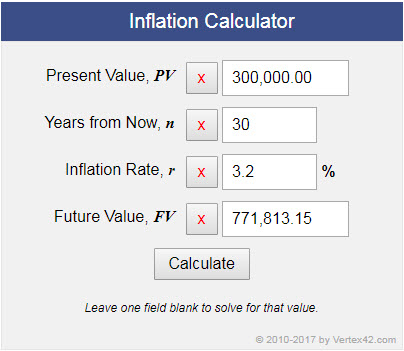 So let’s sum it up quickly here (I’ve been too long-winded on this already…!)

House paid on the 15-year loan:

House paid on the 30-year loan:

What Gives? I Thought Interest Was Bad!

Based on the above examples, even by using the low growth rate estimate of 3.2%, the houses will still be worth more after paying the current interest rates of 4.3% and 4.7%. This must be a calculation error, right??

Without diving too deeply here, it’s the difference between simple interest and compound interest.

In the end, compound interest wins and your home value will likely be far greater than the amount you pay for it in total – even after all those interest payments.

So what does this all have to do with my challenge to pay off your house early?

In fact, it actually hurts my cause.

By borrowing money from the bank, you’re coming out hundreds of thousands of dollars ahead vs. if you would have done nothing with your money.

The Real Reason to Start Paying Off Your House Early: The Crazy Results of Intense Focus

So what’s left to say? Shouldn’t I just end the article right here and now and say, “Go get a loan on house and pay it off as slowly as possible while it appreciates in value?”

While taking out a loan on a house and paying it down according to the assigned 15-year or 30-year time frame isn’t necessarily stupid, it’s still not the best way to get wealthy. 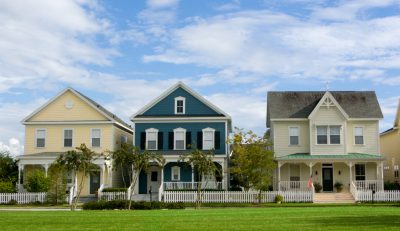 The best way to start paying off your house early is to:

Do you know what happens when you accept the notion that taking out a loan on your house is smart?

You go on with life as usual – your expenses don’t really change and neither does your income. You just make your house payment each month, check the box, and then you keep on going nowhere like a mouse in a wheel, thinking that you’re getting ahead. In reality, though, you could be doing so much better in life.

When you get sick and tired of all your payments and you get that Rocky moment where all you want to do is rip your shirt off and scream at the top of your lungs because you just want so badly to get out of debt, THAT’s when things really start to happen. That’s the defining moment where your financial life is about to change!

So then what happens that’s so much better than paying off your house in 15 years? What could be better than a $481,000 home value?

When you’re committed to paying off your house and want nothing more than to get completely out of debt, you’ll…

That’s what exactly I did.

Instead of paying my house off in the 11 years that were remaining on the note, I did it in one…That’s right, one year.

So, by committing to pay my house off, I essentially earned myself $35,000 more a year than if I would have paid it off according to the schedule. THAT’s the power of intense focus and it’s the factor that most finance gurus tend to ignore during their “proofs” and calculations.

Instead of using their estimate of being able to pay off your home only slightly early with your moderate excess, by applying an additional $35,000 a year toward the principal, you could be done with your loan in just 5 or 6 years!! At this point, yes you’d be able to save some money in interest, but the REAL benefit of paying your house off early is that you can now invest in something that pays a far better return than 3.2%. Start putting that money into an S&P Index fund and start earning 8% or more!

Where could you be financially if you paid off your house in 6 years, then invested your payment for the remaining 9 years?

Instead of just owning a $481,000 house and nothing else, you’ll also have a $275,000 retirement fund after that 15-year stretch. BOOM! THIS is the story you’ll never hear from the financial gurus, but it’s absolutely true. I’m living proof of it after all. 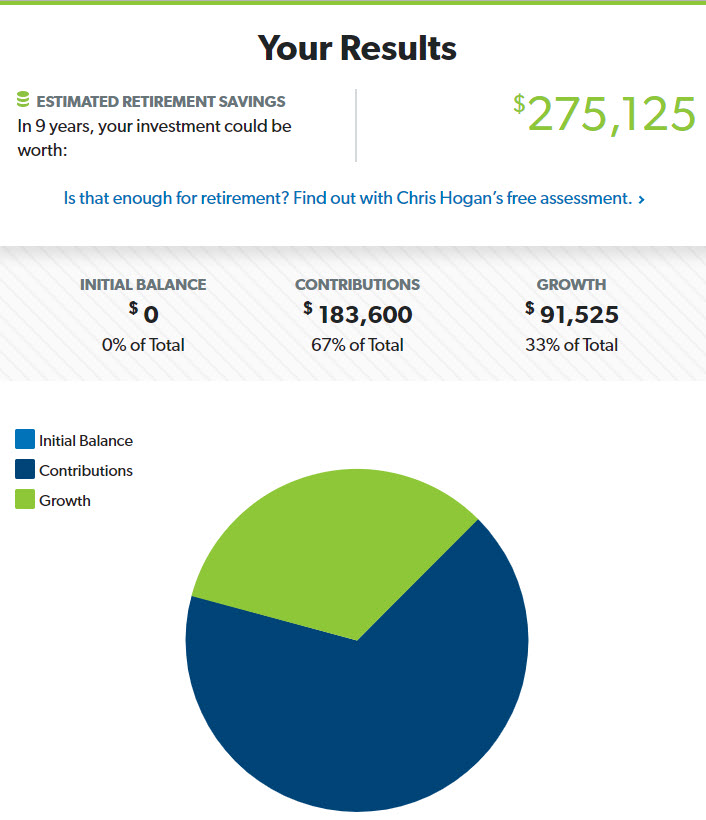 Paying Off Your House Early or Settling For Mediocrity?

In this world, there are really just two ways to handle your finances. The method of the flashlight, and that of the laser…

Those of you that will just continue to pay off your mortgage as scheduled, you’re the flashlights of the world. You’re paying attention and you’re staying on top of everything, but your light is scattered over many things:

There are lots of things going on, you’re shining your flashlight all over the place to make sure all the plates stay spinning and everything gets paid, but you never seem to get ahead.

Now, what happens when you take sprawling light and you focus it into a thin condensed beam? You get a laser…A laser that’s so powerful it can cut through steel. All you warriors that have decided to tackle your house debt and focus on it above all else, you’re my lasers. By taking all your efforts and condensing them down into one sole purpose, your end results become exponentially greater than the results of your scattered activity. You’re the ones that will have $756,000 after 15 years…not just a $481,000 asset.

How about you? Will you start paying off your house early? Are you a laser or a flashlight?

Battle of the Mind Get Out of Debt Housing Money