5 Reasons Why I Started Paying My Two Year Old Daughter 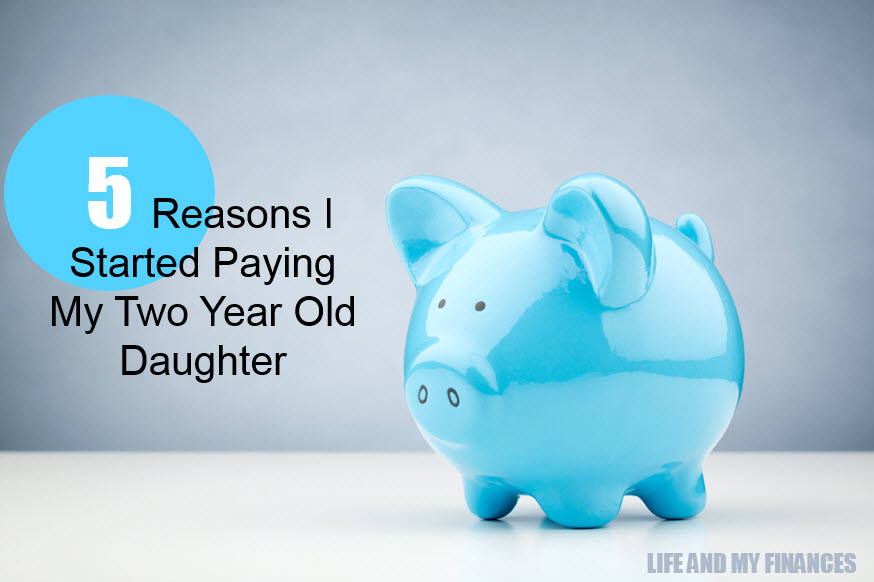 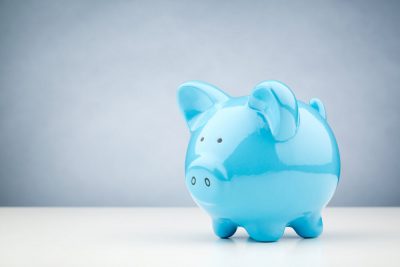 “I help you dada.” That was the cute voice of my two year old. I was out in the backyard playing with her… Then I got distracted by the weeds that were starting to take over the back corner of our lush green lawn. I started pulling them…and then she pulled some too! Next, I placed them back on our weed pile. She followed…and placed hers there too! For the next 20 minutes, we pulled weeds, and she transported all of them to the weed pile all by herself. It was right then and there that I decided to start paying my two year old daughter. 🙂

5 Reasons Why I Started Paying My Two Year Old Daughter

Have you ever asked yourself, “When is it time to start teaching my kids about money?” I think every one of us that has kids has wondered about this at one time or another. I know I have!

While I don’t think there’s a magic formula that will give you the answer to this seemingly mysterious question, if your child is interested in working and won’t eat the money you give to them (I mean literally put it in their mouths), I say they’re ready!

So why is this so important? Why is it that I started paying my two year old daughter for doing work around the house? I’ve got five solid reasons…

Here are the typical transactions my wife and I have throughout each month and the method of payment used for them:

We literally use cash for nothing (other than the occasional $5 I shell out for golf once in a while), so if we continue on this path, our daughter will have absolutely no idea what cash really is and what it’s used for. And, by never really seeing cash used, it’s going to be tough for her to grasp the concept of money (ie. point #2 below).

By paying her in cash for random chores around the house, she’ll be able to stack up those dollar bills in her “piggy bank” (a clear plastic mixed nuts jar we had in the basement ;)) and proudly point to them as her monies (so far, she has $2). 🙂

2) She Learns that Money Comes From Work

“I’m sorry hunny, we don’t have the money for that…” my co-worker tried to tell her 4-year-old daughter.

“Yes you do mommy, just put that card in the machine. Then money will come out!” was the little girl’s response….as she was clearly talking about an ATM machine.

I witnessed this back before I was even married or had any kids, but I knew right then that my future four year child wouldn’t be as clueless about money as this one. Okay, yes, I know. She was only four. I’ll cut her a little bit of slack. But she had absolutely no idea that people had to work for money in order to pay bills, buy things, or to bless others!  Her mom must have never talked about money and probably bought this girl something every time she went into town.

Money comes from work. That’s what people need to learn, and that’s exactly why I started paying my two year old daughter.

When she does the work, I pay her a commission (not an allowance – In my humble opinion, children shouldn’t earn money simply because they’re breathing). If she decides not to do the work, she earns no money (and if it continues, she’ll probably get punished…).

Related: How to Earn Money While Traveling the World

3) She Discovers That Money is Used to Buy Things

Another great reason I started paying my two year old to do outdoor chores is to show her that yes, money comes from work, but you can also use that money to buy things. Over the course of the next few weeks, I’ll probably find a few other chores that she can excel at and earn another $5 or so. Then, we’ll head to the store, pick out something that she wants with her money, and she’ll proudly walk out of the store with it.

Many kids don’t experience this until they’re 23 years old and get their first job out of college. My daughter…she’s going to be 21 years ahead of them.

4) She Learns That She Can’t Afford Everything

So here’s what’s likely going to happen when we walk into the store with her money:

It’s important for kids to learn that some things are just too expensive and that they can’t afford them. If you don’t have the money to buy it, then you shouldn’t…plain and simple.

Some adults still need to learn this lesson…

5) It’s Her Stepping Stone to Saving and Giving

I started paying my two year old daughter so she could start learning the concept of money at an early age. At this point though, she’s probably not old enough to understand the concept of clicking the “donate” button on the Habitat for Humanity website…That’s just not going to happen, so we’ll just save that learning for later. BUT, by paying her a commission now and showing her how to keep that money safe in her “piggy bank”, we’ll later be able to start dividing it into different jars:

Short term saving, long-term saving, and giving – that’s really all that we need to know in order to do well with our money and become a fulfilled, happy human being. And the one simple clear jar is the stepping stone to all of the above.

I Started Paying My Two Year Old Daughter – Do You Think I’m Mad??

So what do you think? Am I a genius? Or am I just creating a money-hungry two year old that should really just remain an oblivious kid for a few more years (I must admit…she did sleep with her dollar bills the first two nights…oops! :))?

I’m paying my two year old daughter…would you do the same??