How to Become Rich Even If You Are Poor Today 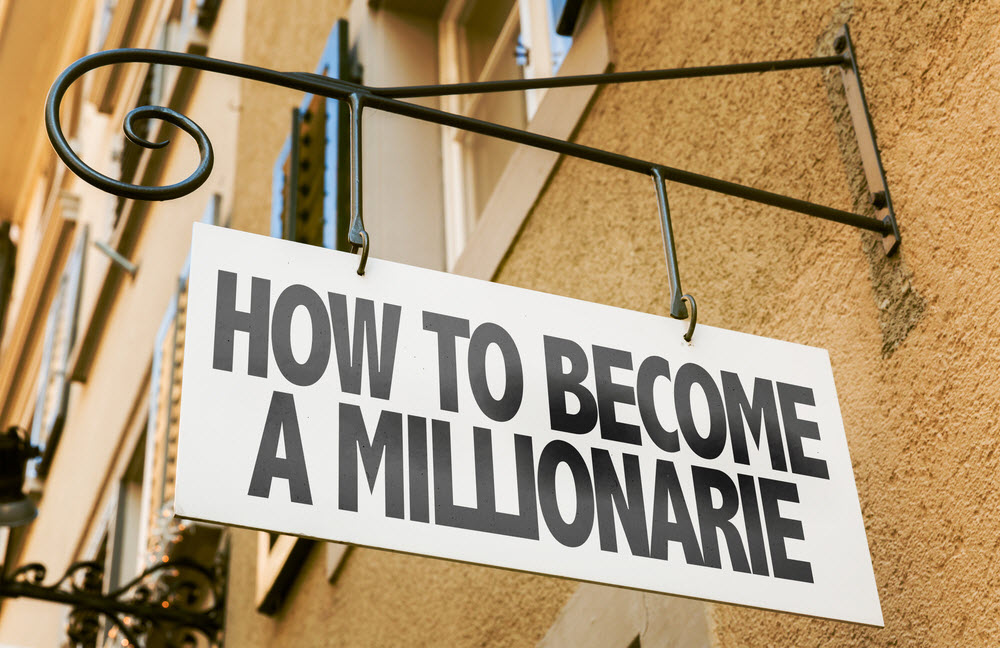 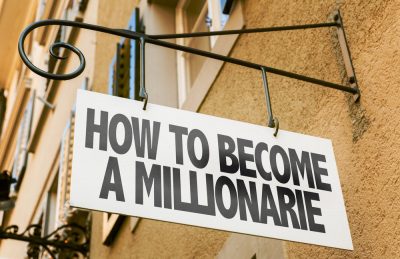 Want to know how to become rich? It’s not really all that difficult, but I wouldn’t say it’s easy either…especially if you’re poor today. BUT, if you first understand how you’re wired and how you tick, AND you can slowly move yourself from a broke mentality to a rich mentality, then the question of how to become rich can certainly be answered AND achieved! Again, it’s not easy…but it is possible, and I’m going to do my best to walk you through the steps that will get you there.

How to Become Rich Even If You’re Poor Today

I’ve spent quite a few hours counseling people that live below the poverty line (ie. under $25,100 for a family of four). I’m a little embarrassed to tell you this, but long before my days of counseling, I would have told you that poor people are just lazy and don’t want to educate themselves or find a real job, so they just continue to sluff off, earn little, and stay broke…

Well, the truth of the matter is, that was simply an immature understanding that I had of the poor.

In reality, many of those in poverty:

Not surprisingly, the list above prevents the poor from progressing financially.

Since they have little money and very little time to spare…

If you want to know how to become rich, stop focusing entirely on the step-by-step process of how to get out of debt, save money, and invest for your retirement. You’re not there yet. What you need to focus on is your belief – in yourself, in your abilities, and in your glistening future!

So how the heck do you get started? I’m so glad you asked…

How to Become Rich – Begin to Transform Your Mentality

I recently counseled a couple that was drowning in debt and had more money going out than they had coming in each month (they were upside-down roughly $500 every month). They were frustrated, scared, and had very little hope for the future. I tried pumping them up by verbalizing what was possible – that someday they could have all their debts paid off, they could have an emergency fund, and they could even be investing money for their future retirement!

Their posture, their look, their reaction — nothing changed. I could have said, “Tomorrow is going to be sunny” and gotten the same response…

They simply didn’t believe that they could get so far ahead financially.

Thinking back on that moment, it would have been like someone telling me that I could someday pick up a car above my head. Uh huh…sure I could… NOT!!

In order to put yourself into action, you first need to have the belief that what you’re driving toward is possible, and that’s why we need to tackle that space between your ears before we can even start talking about money.

First of all, television is a soul-sucking device that is, for the most part, a huge waste of time. I mean think about it. Instead of learning about our interests, spending time with our family, or getting ourselves active outside, we’re sitting on a couch lifeless…doing nothing…and barely activating our brains at all. And there’s absolutely nothing beneficial about that.

Secondly, what we’re watching on TV is killing the belief we have in ourselves. We’re seeing:

By and large, TV is bringing us down emotionally – making us feel terrible about ourselves, our situation, our country, and keeping us from creating a better life for ourselves.

2) Turn On the Self-Help Podcasts

Instead of watching reality TV and getting even more dramatic than you already are, why not transform yourself and constantly motivate yourself to be better, do more, a live a better life?

Ranker’s 30+ Best Self Help and Motivational Podcasts should help get you there. Listen to just a couple of these beauties and you’ll be ready to leave the house and achieve!

If you want to learn how to become rich, all you have to do is figure out what motivates you. Is it a podcast? A particular movie? A newspaper clipping about a man that rises from the ashes of poverty? Figure out what it is for you and listen to it, watch it, read it again and again and again. Keep the motivation going and you’ll be more likely to succeed! 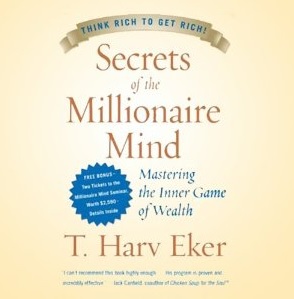 4) Study Those That Are Successful

We all know people who are expert fathers, amazing athletes, successful speakers, or, for what we’re talking about today, crazy rich. Want to know how to become rich? Start talking to rich people. It really is that easy. If you know someone that is likely a millionaire, ask if you can take them to breakfast and start picking their brain about how they did it and how you could do it to!

Even if you’re shaking your head right now because you don’t have anyone that you could approach about making money and how to become rich, you’re still not off the hook. There are about 50 fantastic financial success stories at your disposal at your local library:

…and many others. These authors will teach you about how they struggled, what they learned, and how they ended up winning in life. And, if you don’t have time to read, get the audio-book for Pete’s sake!

If you want to be successful, continually study those that have the success you want. Plain and simple. End of story.

5) Dump Some Old Friends and Pick Up New Ones

If you’re lower-middle class or below, I’d say that out of every five friends that you have, at least three of them are never going anywhere in life.

It’s time to dump these friends once and for all.

Of course, you don’t literally have to walk up to them and say you’re leaving them…but just start intentionally keeping your distance. Instead of seeing them once a week, start limiting your time to once a month, and then even longer spans if you feel comfortable.

Then, start filling your time with those that are successful – even moderately successful. Anything is better than sharing drinks with friends that still talk about good ol’ days of high school…even now in their mid-30’s. They’re going nowhere, and if you stick with them, they’ll make sure you go nowhere with them…

Related: 5 Reasons You Should Leave Your Loser Friends Behind

6) Talk Positively to Yourself

Want to know why I’m so big on self-help podcasts, inspirational movies, and quality friendships with those that are successful? Because without them, your mind is more prone to tell you that riches aren’t possible, that you’re not worth it, and that you’ve failed before and that you’ll almost certainly fail again. I’m not sure why it is (and after a quick Google search, I’m not sure anyone does), but I’m sure you can agree that in many different instances, your mind has kept you down.

You’ve got to make a conscious effort to breathe positivity into your own self, because if you don’t, the negative will surely come in and ruin your colorful parade…

Related: 5 Signs Subconscious Negativity is Sabotaging Your Happiness (and 7 Ways to Stop It!)

7) Seek to Inspire Others

“Tis better to give than to receive.”

We have all heard the above quote many times in our lives, and many of us have proven it true. It just feels more gratifying to impact someone else’s life with a gift than it is to put something selfishly into our own stocking.

The same is true when it comes to positive thinking and affirmation of others.

If you can master the skill of picking others up, inspiring them to action, and leading them to a successful future, then you can no doubt do it for yourself! Learn to impact the lives of others and yours will certainly grow rich as well.

How Positive Thoughts Move You Toward Success

So what’s the big deal with positive thinking anyway? Why did I just spend so much time outlining ways to improve positivity in your life? Through many different research studies and observations, it has been proven that positive thinking:

Ask any wealthy person how to become rich and stay rich and they’ll likely tell you to review all your options and study them often. Then choose the best one, pursue it, succeed at it, and then move onto the next best option and repeat the process.

Your options could be:

When you’re positive, you’re more likely to see these options. If negativity floods your soul more often than not…you’ll likely see just one option, which of course is the one that leads to failure…

It’s seriously unbelievable how much your thoughts can impact your health. According to studies performed by John Hopkins researchers, those that had a constant negative outlook were 1/3 more likely to have a heart attack than those that had a family history of heart attacks. Isn’t that just crazy?!

If you think positively, you’ll put far less strain on your body. And, your chance of future disease is less than if you sit around worrying and assuming that something bad will happen to you.

Barbara Fredrickson, a psychology researcher at the University of North Carolina, published a well-renowned paper that often refers to the theory of “broaden and build,” which basically means that positive thinking allows you to see more options (as we noted above), but it also enables you to build new skills and resources that you wouldn’t have otherwise had.

Think positively and you’ll learn more, do more, and therefore achieve more than those that never open their mind far enough to even notice the opportunity that’s been kicking them in the butt for years…!

How to Become Rich With Your Newfound Belief In Yourself

After months and months of overcoming your negativity (let’s be honest, we’ll probably never be completely rid of it, but at least you can get to the point where you recognize when it’s creeping back into your life…and then you can proceed to squash it like a bug), you can finally start to jump on the traditional steps for how to become rich:

When you consciously ditch the negative in your life and embrace the positive energy instead, your odds of becoming rich will improve exponentially. Do nothing…and you’ll stay in that cycle that you’ve become all too familiar with – no money, paycheck, money falls through your fingers, no money, paycheck…etc etc etc.

If you seriously want to become rich, you’ll follow these steps and those doors will open up for you. Are you ready to get started??