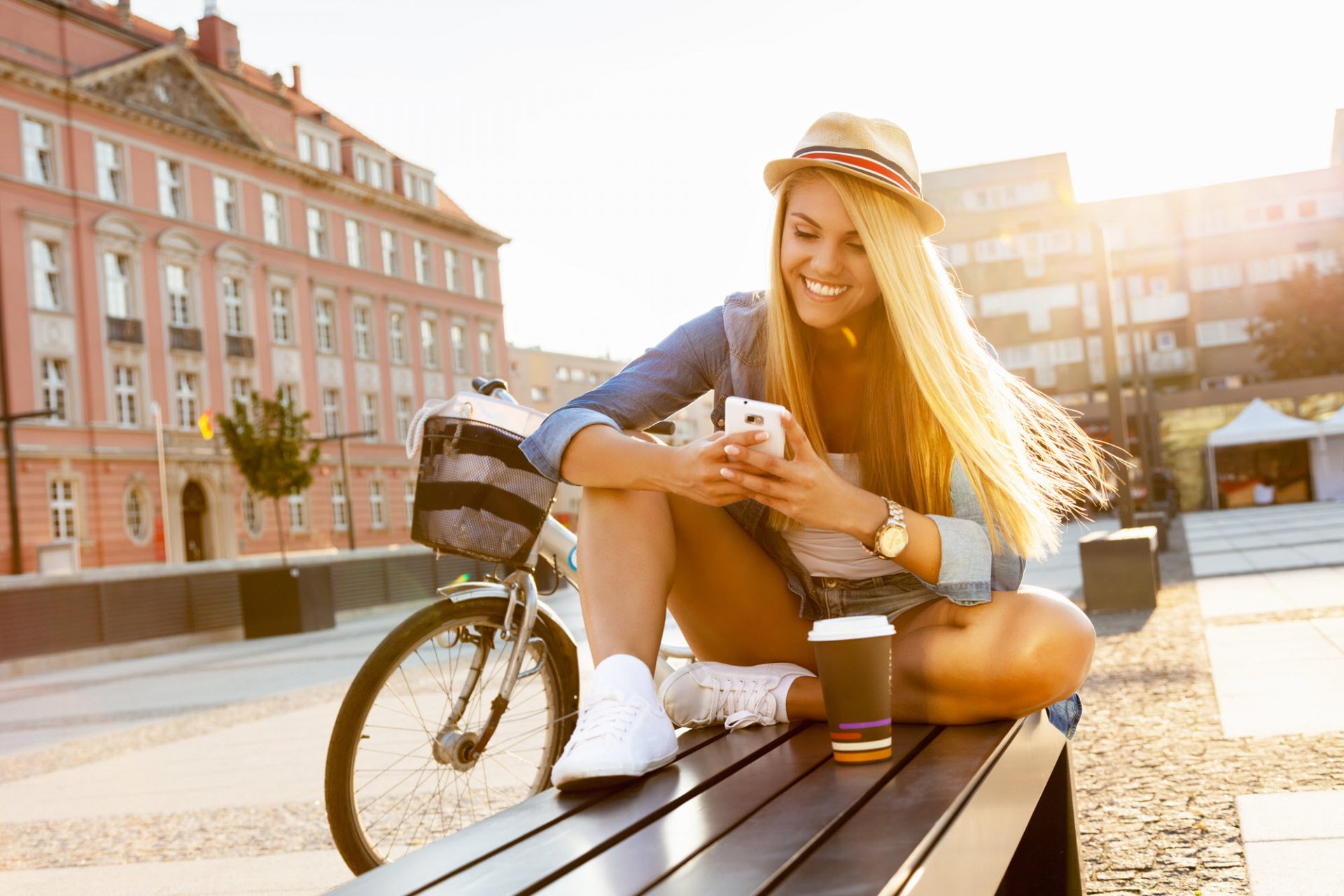 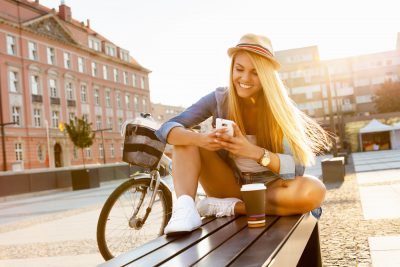 People have payments on their cars, their house, furniture, and now most of us even have payments on our cell phones!! And quite honestly, with salespeople pushing so hard toward the payment option these days (and giving us zero discounts for buying a phone with cash), it can actually be difficult to avoid making payments on a cell phone. In this post, I’m going to outline (1) why it’s dumb to agree to those payments, and (2) how to actually buy a phone outright.

Remember the days when you walked into a Verizon store, signed up for a 2-year contract, got a brand new phone that was discounted down to just $200, and then walked out with a smile?

Well those days are gone…

Today, what’s more likely is that you’ll walk in, choose a plan, sign a contract…and then you get the option of either buying a cell phone for $1,000 (okay, it’s actually $999, but let’s get real, that’s a thousand bucks where I come from) or paying $41.63 a month for it – and that’s on top of your service plan amount!

I’ve never made payments on a cell phone in my life, and I don’t intend to start now.

Why? I’ve got 5 reasons actually…

Payments….they’re for the birds. Here’s why I believe it’s ridiculous to make payments on a cell phone.

1) You’re Shackling Yourself to Your Provider

Let’s say you just signed up with Sprint 4 months ago and now you realize that their service is crap. You want to switch…but you’re still making $40 payments on your cell phone each month…and owe a total of $800 before it’s paid off.

2) The Payments are Blinding You From the Ridiculous Expense

When you step onto a car lot these days, what do you notice about the stickers in the front window?

That’s right, they’re telling you how much you’ll pay per month. Nowhere on that entire vehicle will you see anything about how much it actually costs…and that’s completely intentional by the dealer. They don’t want you to get sticker shock because of the $39,000 price tag. Instead, they want to see you nod your head at the $399 payment saying, “Yeah, I can afford that.”

The same is true of cell phones today. The top model iPhone at this moment is $1,449. Holy…shamoleee… Yup, I think I just had that sticker shock Apple wouldn’t want me to have. So instead, they’re offering this phone at a monthly rate of $60.38. It’s certainly not chump change, but there are likely a ton more head-nods from customers at $60/mo. vs. a $1,500 bill at sign-up!

Beware of the “per month” pricing.

Soon after you walk in the door and start to talk about your phone plans, the sales person will probably give you the option of the $50/mo. phone or the $60/mo. phone. If you’re budget conscious, you’ll choose the $50 option (after all, 50 is less than 60!)…but what you’re not realizing is that you just signed yourself up to spend $1,200 on a fricken phone.

When you step up to the counter, be sure to talk in terms of the phone’s total price, not dollars per month.

Absolutely not! In fact, it’s ludicrous!

The older models often work just as well as the newer ones (as long as they have sufficient memory), and they’re usually WAYYY cheaper – like $200 instead of $1,000. At this price point, it becomes much more likely that you can pay cash instead of locking yourself in to all those payments…

“But Derek, the payments are 0% interest. Isn’t that always the smart move?”

Think about it. iPhones used to max out at about $700. At about the same time as they introduced this 0% payment options, the cost of cell phones suddenly rose up above $1,000. Coincidence? Ummm…no. It’s pretty obvious that Apple, Verizon, Sprint (everyone!) is jacking up the price on these phones to cover the 0% interest option. In other words, they’re charging you more up front so they can call the interest free.

Stop getting sucked into their marketing lies. Instead, buy a phone that you can actually afford (ie. pay cash for it). You’ll be much better off in the long run.

4) The Hassle Factor Goes Up

When I got completely out of debt, one of the biggest benefits I didn’t expect was the reduced hassle factor of getting all those companies off my back!

If you decide to buy your cell phone on payments instead of with just a one-time payment up front, you’ll be reminded of that bill every single month for two solid years. And, during that time there’s bound to be something that goes wrong (which thereby increases your hassle factor)!.

You know what’s easier? Paying for a less-expensive phone with cash…

5) The Forced Payment Plan Makes Me Want to Run

When people push me too hard to do something I don’t naturally want to do, my internal alarm system starts blaring. WOMP WOMP WOMMMMM!!!! (with red lights flashing and everything). This is exactly what happened when I was in the Verizon store…

I was there to renew my contract, so I figured I may as well pick up a new phone while I was there. (After all, my old HTC was just barely above land-line status at that point…I could make phone calls, maybe some texts, and that was about it.) I picked up an older model iPhone, asked how much it was…and I was told, “$27 a month.”

“No…how much is the phone if I want to buy it outright today?” was my response.

I looked at him with extreme curiosity (furrowed brows and all)…”You’re telling me that if I laid down $100 bills on the counter today, you wouldn’t be able to sell me this phone…?”

If ever anyone forces you into something you’re not initially comfortable with, it’s best to run… either that or get them to understand and agree to your terms instead. If you just nod your head and agree while your gut is telling you something’s wrong, you’re going to get burned. Happens every time.

How You Can Avoid Making Payments on Your Cell Phone

It’s true. Almost every service provider out there is pushing you into cell phone payment plans – so much so that it can actually be tough to buy a phone outright these days! If you want to avoid making payments on your cell phone (and you absolutely should…avoid it that is), try out these methods.

1) Tire Out the Sales Person

Just talk to your salesperson and let them know you’re absolutely NOT signing up for the payment plan option. If they still refuse to sell you a phone on the spot (for a reasonable price), be prepared to walk. There are other options….

I like Verizon, but they aren’t the only business in town.

I’ve actually toyed around with switching to Republic Wireless. Their basic plan is just $15 a month and then you pay $5 for each gig of data you use (Not too shabby!!). PLUS, they actually want you to buy a reasonably-priced phone (without payments!)!

I hear good things about them, but my only issue is they don’t support iPhone usage…and apparently I’ve become a bit of an iPhone snob because that tiny detail has kept me from ever giving them a shot. If you don’t care what kind of phone you have, this would be a great way to avoid making payments on a cell phone…and still have solid service.

3) Buy Your Phone From Another Retailer

If your carrier of choice refuses to sell you a phone outright, but you like their service, then you should probably look into a site like Gazelle that sells certified phones for specific carriers (like Verizon, AT&T, Sprint, T-Mobile, etc.).

You’ll spend far less on your phone, it’s likely a quality piece since it’s been certified, AND you won’t have to deal with that stupid payment from you cell phone carrier!

Are You Ready to Make the Change?

So what do you think? Are you ready to ditch those payments and get smarter about your cell phone purchases?

If you do, you’ll no longer:

I say it’s time to stop making payments on a cell phone. What about you?