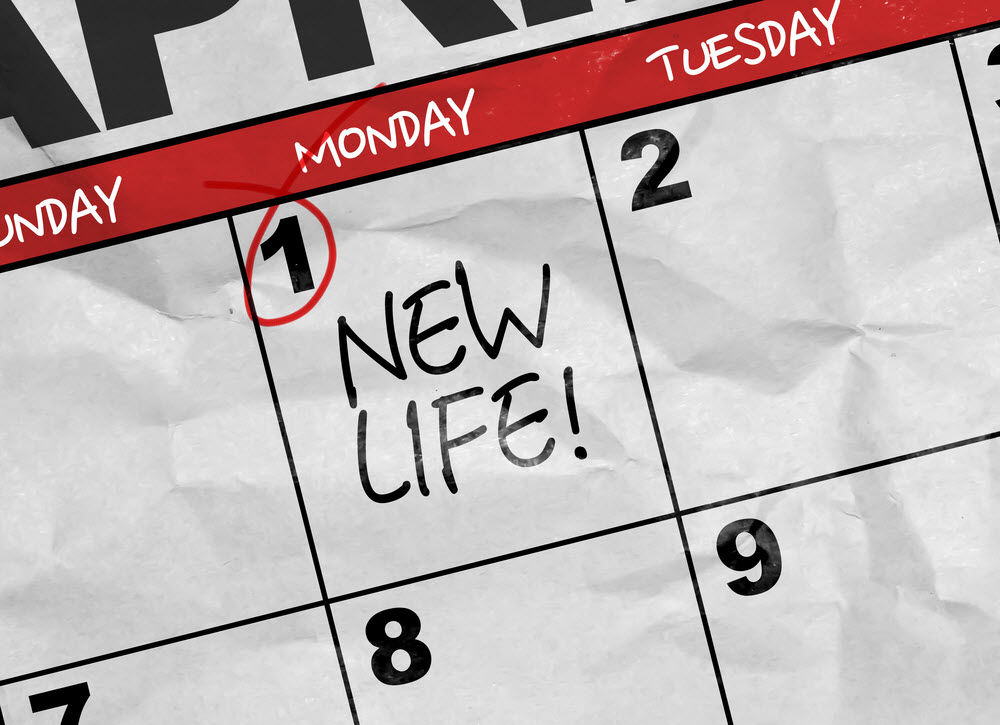 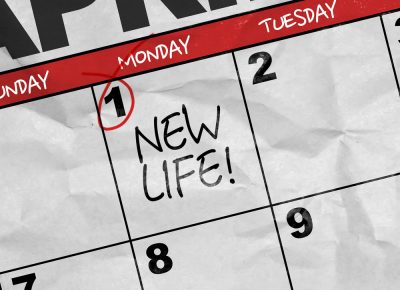 People retire. Then a couple years go by. Then they return to work? WHAT?? Yup, that’s what’s happening these days. According to the latest study by United Income, over 20% of elderly people are returning to work after retirement vs. just 10% in 1985. So what’s the reason for this? Why on earth would people retire and then head back to work just a few years later?

And you know what…even if you’re nowhere close to retirement age, you should absolutely care about this! It DOES impact you!

Why Elderly People Are Returning to Work

As with most things, there’s no one-size-fits-all answer (shocking, right?? ;)). There are quite a variety of responses and reasons that elderly people are returning to work. The first, of course (you guessed it) is money.

Ask anyone what would help them the most in life and the great majority of people would probably say…money. And, no big surprise, that’s the standard answer here as well.

They Don’t Have Enough of It

For many, they retire, start seeing the unexpected bills, and then they watch their retirement accounts plummet. Soon, they realize that their money will only last only a few years…and not the few decades that they intended. Naturally, they head back to work to stop the bleeding (and to hopefully survive financially when they’re old and decrepit)!

There are others that have appropriately stashed away cash all their lives while earning a hefty sum. They’ve got a couple million in their retirement account and could retire comfortably at only moment…but they just can’t stand the idea of putting a halt to their income.

The old saying goes, “Make hay while the sun is shining,” which basically means, while times are good and you can earn an income, you SHOULD earn an income, because you never know what the future will bring.

For some, this saying is just so instilled in them that they can’t bring themselves to stop. They like the income and feel that as long as they have the ability to earn it, they should.

Would Rather Not Worry About a Depleting Nest Egg

There’s still one more meaning for those that list “money” as their main reason for going back to work.

From the age of 20 all the way up to 65 years old, these people have saved, and saved, and saved…and then saved some more!! That’s all they’ve been doing all their lives is building this nest egg.

…and their nest egg started to get smaller. Honestly, it freaks some people out – so much so that they decide to go back to work part time so that at least the nest egg stays the same size. By working just a little bit and earning a modest income, this puts people at ease enough to actually enjoy their retirement instead of freaking out about every little expenditure.

Do any of you know any workaholics?

People like this try to retire…and then they simply don’t know what to do with themselves (This will totally be me…if I don’t take my own advice below…!)! They watch TV, they golf, they read a few books, they try to volunteer a little bit…but it’s just not enough! They get bored and ultimately, they end up going back to work because it keeps their brain occupied.

3) The Need to Feel Productive

The older one gets, the less influence they seem to have in this world – especially as they hit their 70’s, 80’s, and 90’s. Their minds grow increasingly slow, their physical stature slumps, and their societal influence is no longer. They simply just can’t keep up with the ever-changing, lightening fast world.

And inevitably, they find themselves on the outside looking in…or perhaps rather, looking out – having nothing to do with this new world.

Since no one wants to end up here (in a place of worthlessness, inferiority, and loneliness), people tend to fight back.

There, people see them, recognize them, and thank them for their contributions.

It is, quite frankly, a much easier place to be.

4) Want to Be Around People

According to the DISC personality profile, roughly half of the population enjoys being around people, while the other half would prefer to be on their own, doing something like reading, blogging, gaming, or you know…living in a cabin in the woods by themselves.

For those that like being around people, they might actually like to go to work. They can catch up with their work friends, easily go out to lunch with them, and they can even make new friends as new employees come on board.

If you love people, retirement might become a drag because you’re not interacting with nearly as many folks as you’re used to day in and day out. This causes a handful of retirees to actually re-enter the workforce. Sure, they have to get some work done in order to stay employable, but it might be worth it to be around so many great people!

Have you ever heard that retirement can actually kill you? According to a study by the American Journal of Epidemiology, it might even be a fact. They found (get this), that people who were retired were 51% more likely to die than than those of the same age that were still working.

Of course, it’s difficult to prove exactly why this is, but it can be pretty easily inferred that once you retire, you’re no longer using your body the way it was intended:

When you retire, you’re most prone to lay around, stare outside at nothing, and let your brain and body go to mush. Instead of giving in to this, why not just head back to work?! 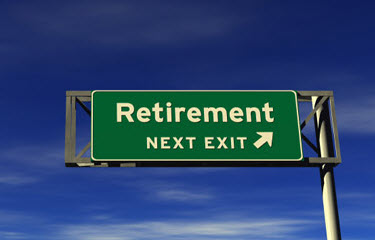 Elderly People Are Returning to Work – Why You Should Care

So what’s the big deal? Some people retire and then return to work. What does this have to do with you, the 30-something that still has 30+ years before retirement? Well, whether you like it or not, someday this retiree will be you, and you’ll be going through these exact same challenges…so why not learn why elderly people are returning to work now so you can avoid these exact same challenges in the future? It’s called, “learning from other people’s mistakes,” and it’s the absolute best (and least painful) way to learn.

So let’s recap the challenges and talk through what we could do today to have a successful retirement.

Not enough money in retirement

Today, you should aspire to get out of consumer debt, then invest 15% of your income in investments while paying down your mortgage. If you can enter your retirement with no consumer debt, no mortgage debt, and a healthy retirement fund, you shouldn’t have any need for extra money after your last day of work.

Feel the need to work because you can

If you absolutely love what you do and can’t think of anything you’d rather do with your time, then by all means keep working! But, if you’re working on a manufacturing line putting together bags of screws for a living…then I suspect you don’t have much passion for work. Find something else to do – whether it makes money or not. If you have millions of dollars stashed away…you don’t need any more! It’s OKAY to willingly pass up money if it makes you happy. Remember that.

Worry about a depleting nest egg

This one can be tough mentally. Prepare yourself for it now and understand your plan going in. If you know that from age 60 to 70, your retirement funds will go from $2 million down to $1.7 million, and that’s exactly where you land, then GOOD! You’re right on track!

Make a plan, understand that your nest egg will go down (according to your plan), and stick to it!

If all you do is work for your job or business and nothing else…then yes, you will be bored if you suddenly stop. That really shouldn’t be that muck of a shock to you… When you reach your 40’s and 50’s, start to explore other things that might interest you.

When you start to feel like you’re too busy to go to work, then I think it’s safe to say that you wouldn’t get bored in retirement.

The need to feel productive

This is a tough one. I definitely feel the need to be productive in my state of life right now. It’s what makes life fun! But, at some point, your body is going to slow down and there will be others that can get a task done far better and more efficient than you. At that point, you’ll have to congratulate them, be happy for them, and allow them to travel down the road of success (just like someone else probably did for you when you were a high achiever).

So how can one possibly do this?

I’ll leave this one up to the experts. Here’s a great excerpt from Psychology Today, “Getting Over Getting Older“.

Yes, you’ll slow down and become less productive, but as long as you recognize it, it’s entirely possible to:

Wanting to be around people

Okay…you like people. That’s great, but you know what? People are everywhere.

The coffee shop, the library, the city square, the aerobic center, the grocery store… Everywhere you go, there are people!

All you have to do is:

In all seriousness though. There is absolutely no need to go to work just to see people. Set up plans, go out spontaneously, and make an effort to be where the people are. That’s really all it takes. It might not be all that easy for you, but man is it simple!!

If you want to stay in shape physically, those actions really need to start today. No matter what your job is, you really need to get some cardio in 3-4 times a week.

Want some other ideas to stay in shape physically? Mental Health has a solid list here.

And how about keeping your mind sharp?

When you’re working, staying sharp is pretty easy — I mean, it’s just part of your every day work. If you don’t do it, you’ll get fired!

If you want to stay mentally sharp on your own, you’ll have to discipline yourself to do it. Yes, you can do Sudoku and Crossword puzzles and that will probably help your mind, but only to a certain extent.

The secret to staying sharp is easy. Never stop being curious about this world.

Elderly People Are Returning to Work…Will You??

The stats are only going to get worse. With people’s lack of saving, with their continual need to stay unnecessarily busy, and with fake lives displayed all over social media…more and more people will continue working, continue doing, and continue to battle their own selves until they die.

Until you get a handle on you and the future you, there’s no doubt that you’re heading for the exact same non-retirement future. So, take the time right now to figure out what retirement means for you and plan relentlessly to make it the most magical time ever!

More elderly people are returning to work than ever before. What about you? Will you retire and actually stay retired??