How to Make Money Gaming…and Maybe Even Wealth!! 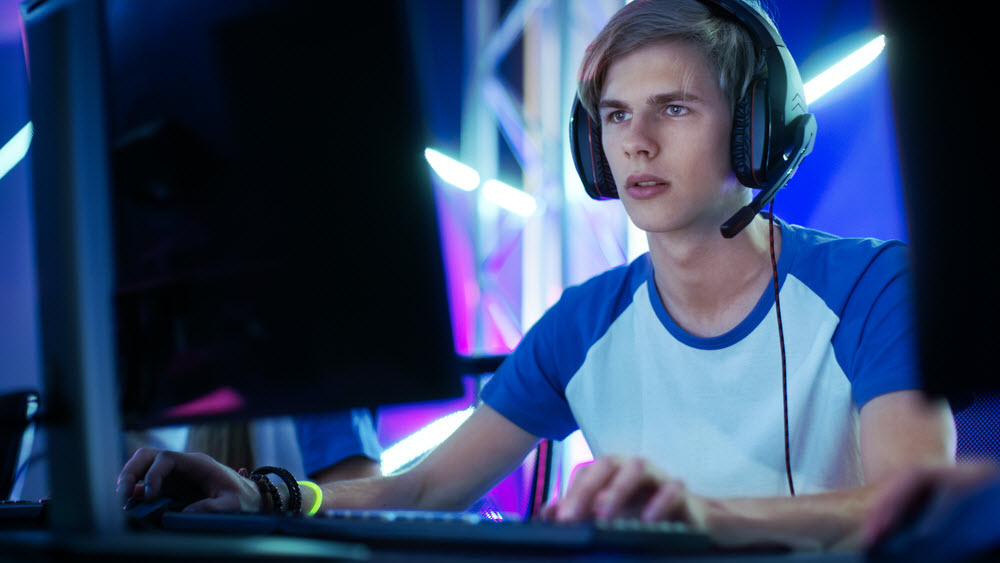 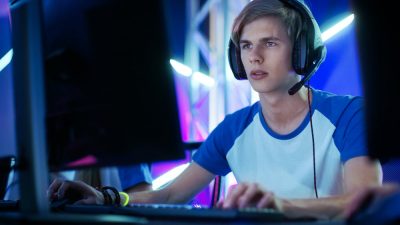 Online gaming has taken over the world! With a combination of crazy advanced graphics showcasing first-person visuals, real-time player interactions, and a dedicated fan base, online game play has exploded into a multi-billion dollar industry.  Not only is it making tons of money for the entertainment industry writers and designers, but now hard-core gamers are also getting to enjoy a slice of that financial pie. Ever wonder how to make money gaming? Well wonder no more…

How to Make Money Gaming…and Maybe Even Wealth!!

If you are a gamer – or have a kid that shows more interest in gaming than life itself – this may be a wealth growth strategy to consider (believe it or not).

In fact, some teens have already figured out how to make money gaming.

On July 28th, 16-year-old Kyle Giersdorf of Pennsylvania earned himself a $3 million win in the first ever Fortnite World Cup, hosted by Epic Games.

In an interview with Jimmy Kimmel, Kyle talks about his gaming routine and his six-hour-per-day practice time he approaches like a job, fitting it in between school and other life obligations. Kyle appears to have a good head on his shoulders because when asked what he planned to do with the money…

“Save the money, put it to my future and probably buy a new [gaming] desk,” he said.  He told another interviewer that he plans to “save the money and invest it and not do anything dumb with it.”

Kyle may have enjoyed quite the windfall as the grand prize winner, but several other teens took home some substantial winnings as well. Epic Games awarded $30 million in prize money and made quite a few teenagers millionaires in the process. You can learn more about the Fornite World Cup Finals winner’s here.

A Brief History of Gaming

Love it or hate it, it’s rare that you don’t know someone who is a little obsessed with video games. Although, it doesn’t seem fair to call them “video” games anymore, considering that the user is plunged into a fully immersive experience that appeals to almost all the senses. It’s more like a computer generated image (CGI) alternate reality in which the player holds a fair amount of control.

In any event, the advent of the gaming console came to fruition by the efforts of a group of developers led by Ralph Baer when they invented a multiplayer, multi-program prototype gaming system that could be played on the TV. It was called “The Brown Box.” The device was licensed to Magnavox in 1972, renamed “Odyssey,” and become the first video game home console.

While the Odyssey would ultimately die out over the coming years, it paved the way for a new industry and others began to build on this very basic design and branch out into a myriad of computer, arcade and console-based gaming designs, leading to Atari, Nintendo, Sega Genesis, Xbox and others.

Today, many games are offered online and can be sold thanks to companies like PowerCash21 that make the eCommerce transaction possible. The industry has definitely come a long way since 1958!

How Gaming Has Grown into a Wealth-Building Strategy

What used to be something fun to do on the weekends or as a way to hang out with friends has turned into a potential money-making opportunity. The question of how to make money gaming is being asked more and more these days, and quite obviously (given the stats above), some are attaining big dollar amounts in and around the industry!

In fact, some online gamers have risen to celebrity status. One notable individual is Richard Tyler Blevins, aka Ninja, a Twitch streamer, YouTuber, professional gamer and Internet personality. As of this year, he has a following of fourteen million and averages over 40,000 viewers per week. Blevins net worth is estimated to be around $10 million and he doesn’t show any signs of fading into obscurity.

So, can you make it to Kyle or Ninja status?

Maybe not – but here are a few ways you can start using gaming to grow your wealth today.

1) Test games in the Beta Phase

Before a game hits the market, developers often seek feedback on any game-play issues or technical glitches that need to be dealt with. Granted, these games are often not the big-name ones already on the market, however, as a beta-tester, there is still some money on the table for your time.

While some companies pay in cash, others pay in free games or gift cards.

So how can you find these testing opportunities? Be sure to:

2) Join a tournament to game your way to wealth

Another way to earn money with gaming is to seek out and join online communities. Within these communities, you can find and enter online tournaments and work with a team to earn prize money.

One great example is Optic Gaming – a team of players that went on to develop not only their own team play in games like Call of Duty, but created an entire entertainment organization from their efforts.

Looking to get started building your own team or entering as a solo player? Sites like World Gaming can get you started.

Related: 40+ Side Hustle Ideas That Anyone Can Do

3) Help others with their gaming questions

Are you a hard-core gamer with experience playing a variety of different games? Do you eat, sleep and breathe games? Are you relentless in learning how to beat a game rather than let it conquer you?

If so, you may be the perfect fit for helping others who are stuck, struggling or just need some answers on a particular game.

Game development companies are often looking to hire support for their customer service teams. Be sure to check out your favorite organizations as well as game manufacturers and distributors to see what’s available. Not seeing anything posted? Don’t hesitate to reach out and share your level of experience with them. They may find you are exactly what they need after all.

Here is a link to get you started on your search.

Remember Ninja and how he built an empire by streaming on Twitch? Well, why not you?

To become a streamer is fairly simple:

To become a notable streamer, though, will take quite a bit more effort. If you are trying to build wealth, not only do you have to be a pretty darn good player, but you must be willing to put in the time to build a following. Oh, and it doesn’t hurt to have a good personality either. Why all the effort? Because the only way you make money on streaming platforms like Twitch is via donations from your subscribers.

Want to learn more about how to get started? Check out this guide on how to make money on Twitch.

Finally, you can game your way to wealth by becoming a gaming guru and reviewer.

The best way to do this?

Then, share your thoughts on what you love, what could be improved and why you would or wouldn’t invest your time or money is a particular game.

Eventually, you will be able to make affiliate income off your highest rated games, not to mention earn potential ad revenue via Youtube and along with subscriber donations via Twitch.

Have you thought about how to make money gaming? Do you have any other gaming money-making ideas you’d add to the list?  Please share!

Hello! I'm Kerah. I'm a writer and personal finance enthusiast with a background in marketing. I'm also a wedding and portrait photographer, part-time RVer and a lover of simple and minimal living. Always up to some project or adventure over @krisandkerah on Instagram.