What Happens If You Underpay Your Taxes? 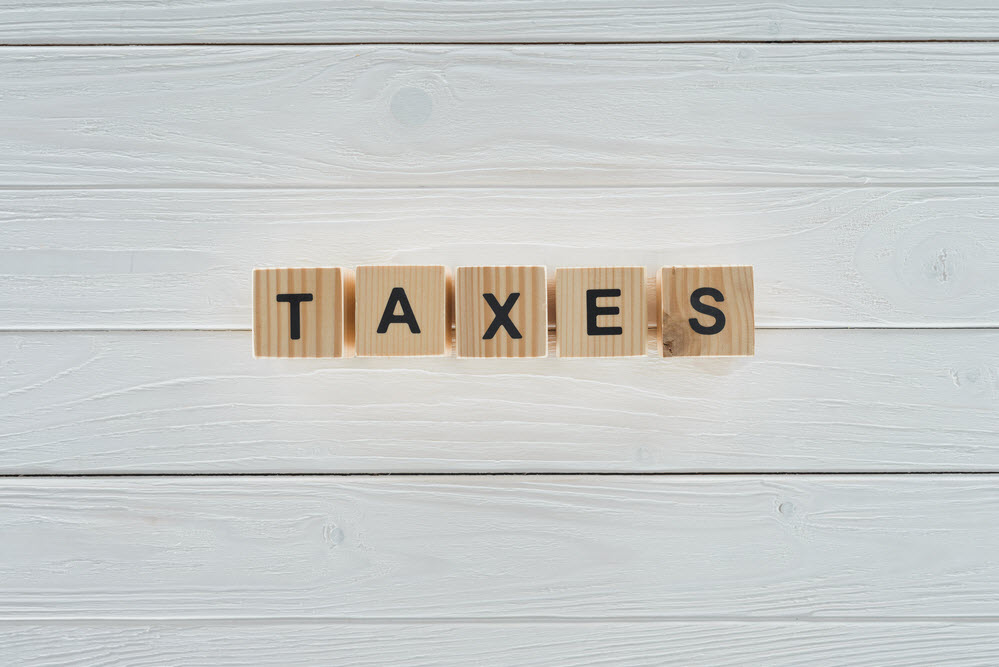 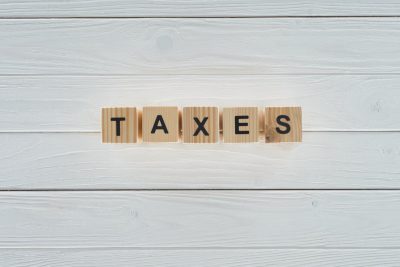 It’s December. Most are thinking about Christmas and presents. Me – I’m thinking about taxes… Did I earn more than I thought I would this year? Did I underpay my taxes? Will I get penalized if I underpaid? What IS the underpayment penalty rate?? All these thoughts race through my head as I scribble down some figures on a well-used piece of paper, just trying to figure the whole thing out before I sit with my tax guy and get the terrible news…

Maybe you’re in the same boat. Maybe you’ve got a full-time job like I do, but then you also have a side hustle that brings in a decent amount of money. At the end of the year, you start to wonder… Did you pay in too much? Or too little? And what happens if you underpay?

It’s time to solve the riddles….

What Happens If You Underpay Your Taxes? The Underpayment Penalty Rate…

Liz and I have three solid income streams:

We are a family of four and could probably claim 4 allowances (or more) on our W-4. But, since we earn some extra cash with the blog and the rental, we just claim zero and pay in more tax on the day job, which inherently covers additional taxes that we would have otherwise owed on the rental and blog. This saves us from figuring out quarterly estimates and writing all the extra checks.

However, since this method is incredibly non-scientific, it really gets me wondering/paranoid at the end of the year!

If my blog has an unbelievably good income year (like I had this year), I really start to worry! While I do have the cash to pay additional taxes, it still doesn’t feel good to owe money. And, I certainly don’t want to pay a penalty on my tax underpayment!

How to Figure Out If You’ve Overpaid or Underpaid

So first thing’s first. How do you even figure out if you’re headed toward an underpayment on your federal taxes? It’s not super simple, but pretty much anyone can do it.

You’ve got your tax forms from last year right? Either you filled them out or your accountant did.

Now, all you have to do is tweak some of the numbers and carry the calculations through.

I put all the new numbers into the main-page calculation and…. it said that I would be underpaid on my taxes by roughly $1,500…and I would therefore have to succumb to the underpayment penalty rate (which, as far as I understand it, kicks in once you’re underpaid by more than $1,000)…

What You Can Do About It

The nice thing about figuring out your tax bill now is that you still have a couple weeks to do something about it. Meaning, you can still load up a few pre-tax accounts, which lowers your taxable income, which means you’ll bring down the number for what you owe in taxes.

…but you kind of forgot to invest or put any money into your health savings account.

If you have a bit of savings that can float you for a bit, or if you live far below your means, now is the time to make some serious deductions from your paycheck.

If you have a business or side gig that you pay taxes on, you can also start looking at your expenses and consider investing more heavily into it before the year ends. As an example, for my website I recently decided to switch web hosts for better up-time and speeds. This costs me extra this year (which reduces my income, and therefore my taxes owed), but it should improve my profits in the future. So it’s a win-win!

If you’re under-paid in taxes right now and might be facing the underpayment penalty rate, then perhaps you should:

Related: 9 Things You Can Do Now For Next Year’s Taxes

The Penalty If You Didn’t Quite Pay in Enough

Alright…we’re finally getting to it – the underpayment penalty rate. Sorry for my long-windedness… But, I figure that if you can get away with not paying a penalty, that’s better than even knowing what the rate is!

According to the IRS…

“If you didn’t pay enough tax throughout the year, either through withholding or by making estimated tax payments, you may have to pay a penalty for underpayment of estimated tax. Generally, most taxpayers will avoid this penalty if they either owe less than $1,000 in tax after subtracting their withholding and refundable credits, or if they paid withholding and estimated tax of at least 90% of the tax for the current year or 100% of the tax shown on the return for the prior year, whichever is smaller.”

And as for the actual underpayment penalty rate…as you may have guessed, it’s kind of complex…

Based on Form 2210, “Underpayment of Estimated Tax by Individuals, Estates, and Trusts”, the underpayment penalty rate is 3.603% of the amount that you underpaid. So, if you underpaid by exactly $1,000, you owe an additional $36.30.

…There’s yet another clause (of course).

The Underpayment Penalty Rate – It’s Hardly Worth Worrying About…

I suggest you do your due diligence in December. Instead of worrying about presents for just one day, worry instead about how much you’re actually paying in to the government. You can still impact the results!!

What do you do to limit your tax liability? Are you doing a quick calculation this year to ensure your tax payments were accurate?