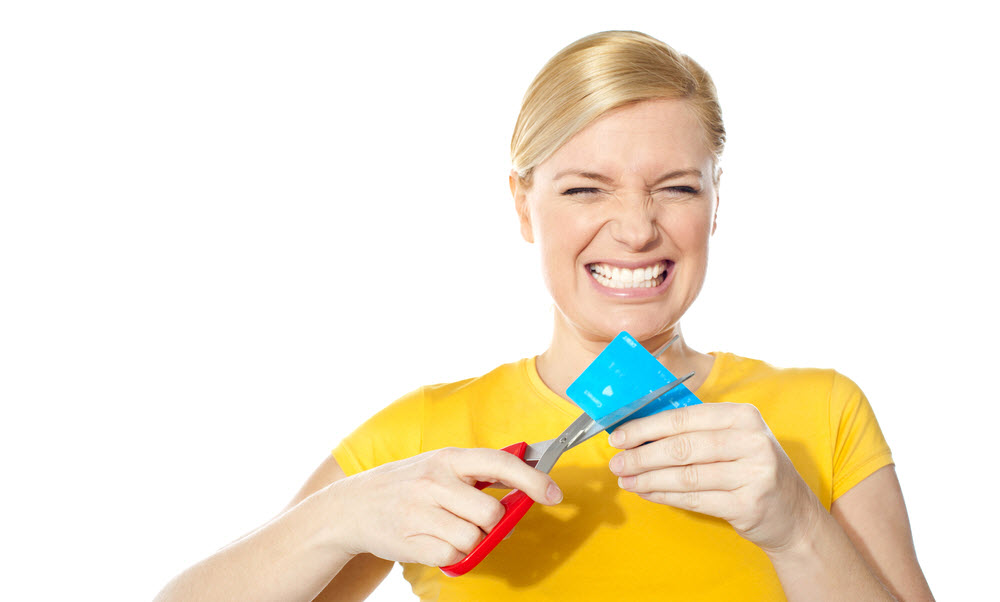 Do credit card companies love you? If so, it’s probably a one-sided relationship that doesn’t benefit you. I was once best friends with the credit card companies – they loved me because I paid them interest every month and sometimes late fees. This made me feel trapped. Although I wanted to cut up my credit card and pay less interest, I had no idea how to go about doing so.

I wanted to become a deadbeat in the eyes of the credit card companies, someone who didn’t carry a balance from month to month.

In this article, I’ll share why becoming a deadbeat should be one of your financial goals. Plus, I’ll share some strategies I’ve used to eliminate thousands of credit card debt.

According to Investopedia, a credit card deadbeat is “a person who pays off his balance in full or on time every month.”

A person who doesn’t pay their balance on time puts themselves at risk of paying late fees and interest, which prevents them from building wealth. Currently, the maximum late fee is $40.

Can you imagine paying a $40 late fee on top of a high interest rate? That’s a tough hole to escape from, especially if you are living from paycheck to paycheck.

It’s a position I found myself in six years ago.

Here is a snapshot of the financial mess I was in:

Although some of the debt was due to medical expenses, the majority of it was from purchasing consumer goods I could not afford.

Some of those items were:

Instead of enjoying the benefits of being a deadbeat, I was experiencing all the negative consequences of being best friends with the credit card companies.

The credit card companies cut me very little slack besides waiving the occasional late fee a few times when I called them. 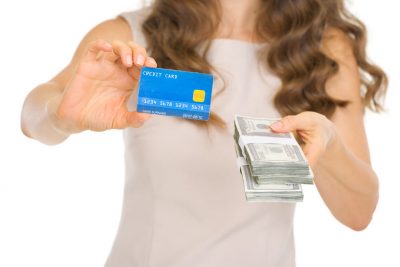 Benefits of Being a Deadbeat

The benefits of being a deadbeat include:

Instead of having to pay an extra $100 or so a month for consumer goods, the deadbeat doesn’t have to pay any interest. He or she lives below their means and doesn’t charge items they cannot afford to pay back. This means they avoid the potential $480 worth of late charges and additional interest.

The deadbeat is most likely risk literate and understands how compound interest works. Instead of making an enemy of this powerful force, they choose to invest in appreciating assets like stocks, businesses, and real estates.

Now that we have discussed the rationale behind becoming a deadbeat, let’s take a look at a few strategies that can help you cut up your credit card(so), so you can become one sooner.

Strategies to Use to Cut Up Credit Card(s)

To get rid of my credit card debt, I had to refinance my debt by taking out a personal loan. I put the remaining credit card debt on a 0% interest balance transfer credit card. When using both of these strategies, it may help to cut up your credit card(s), so you won’t be tempted charge an unnecessary purchase.

If you have good to excellent credit, then taking out a personal loan to refinance credit card debt can help you save a lot on interest. I took out two personal loans: one with LendingClub and the other with a traditional credit union.

By refinancing, I was able to lower my interest rate on my debt from 20% to 5%. This move saved me thousands of dollars. Plus, I was able to get a concrete payoff date of three years.

Prior to refinancing, it would have taken me double the amount of time to pay off my credit card debt.

Another way to refinance credit card debt is by transferring it to a 0% interest balance card. These cards, with the exception of the Chase Slate credit card, usually charge a transfer fee of 3-5%.

If you choose to use this strategy, make sure that you cut up the credit card and never make a purchase on it. To ensure that you don’t pay any interest, it’s best that you setup automatic payments based on the length of the 0% promotional period.

For example, if the balance is $1000, then divide that by 15, which equals around $67. Setup an automatic payment for that amount and pay extra if you can to avoid having to pay interest.

Should You Avoid Credit Cards Forever?

Although cutting up your credit card(s) is a good idea if you cannot use them responsibly, you can reap rewards from using them. Now that I know how to play the credit card game correctly, I have gotten free flights from using travel rewards cards.

I mostly put necessities on my card like gas, insurance, and cellphone bill. The key to benefiting from a rewards card is to avoid interest at all cost, otherwise, you risk negating all your benefits.

If you know that having a credit card will tempt you to overspend, do whatever you can to avoid using them.

Have you ever cut up credit card(s) to avoid digging a deeper financial hole for yourself? Are you a friend or a deadbeat in the eyes of the credit card companies?

Jerry Brown is an adventurous bibliophile who loves personal finance. He is the mastermind behind the blog Peerless Money Mentor. When he is not reading thought-provoking books or studying finance, he is spending time with family, biking, or taking a random adventure somewhere.