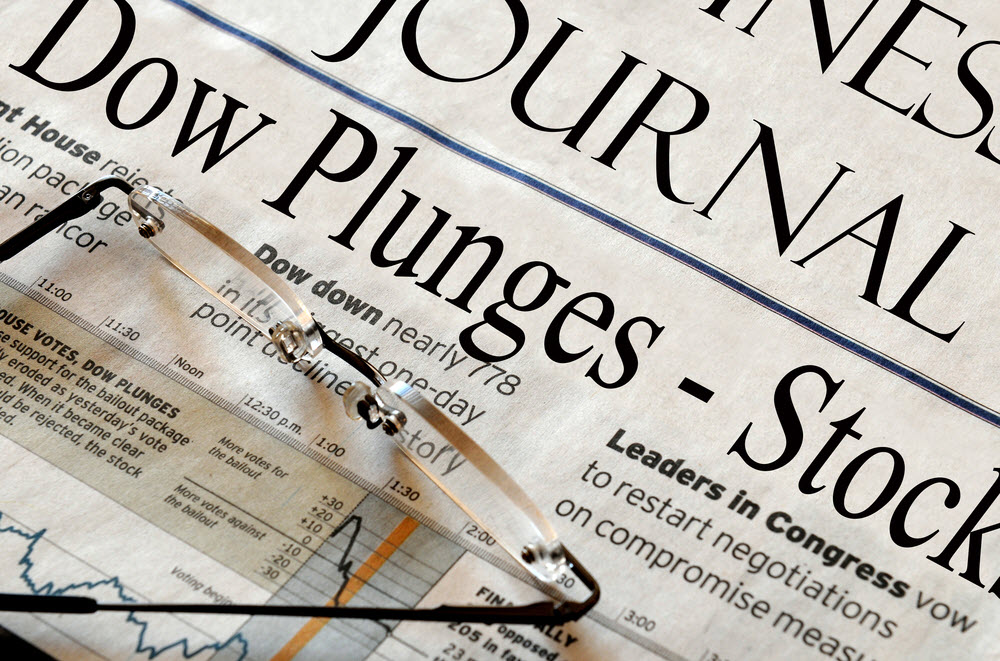 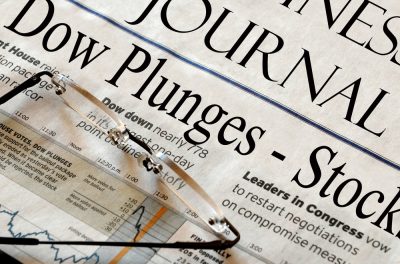 The recession is on. It came in a hurry and it’s probably here to stay for a while. If you’ve been reading my blog consistently, you were probably ready. You’re out of consumer debt, you have an emergency fund, and you maybe even have your house paid off! You’re feeling good about where you are, but now you’re wondering where to put your money in a recession.

In this post, I’ll clue you into where we’re personally at financially, what we’re doing with our money (and why), and you can then decide for yourself if you’d like to follow suit with your own dollars!

Back in December, I wrote an article titled, “Money Goals: What You Should Be Doing in 2020 and Beyond“. In it, I was pretty pointed and I basically said this:

If you remember the post, I, quite frankly, begged people to turn their financial lives around. I’m hoping that at least a handful of people heeded the warning because I think things are going to get extremely ugly. Like, uglier than maybe any of us have ever seen in our entire adult lives.

I mean think about it:

So…people aren’t spending, people aren’t working, many can’t cover a $1,000 emergency, and this is going to force a large number of Americans to start pulling from their already bleak retirement accounts.

The Economic Outlook As I See It

I’m sure you can already see where I’m going with this. (Oh, and take note, I’m not an economist or a crystal ball reader, so take all this with a grain of salt…but the whole scenario seems pretty straightforward to me…)

What does this course of action do for the economy?

Pretty much, everything economically comes to a halt. For how long? No one really knows…but it doesn’t seem to me like this virus is going away any time soon…

If you were one of the individuals that didn’t see this economic recession coming, you’re probably getting nervous…and in a hurry! Times might get rough here soon. So what should you do? 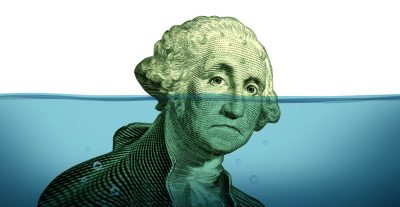 Here’s where I assume you’re at. You’ve got:

If this is you, you’re normal. The only problem is, normal is an issue in this situation. If you lose your job, how long do you think you’d be able to survive? Maybe a month? Two months if you’re lucky?

Given the economic situation you’re looking at, you’ll likely need a safety net of a year or more. You don’t have it. So what do you do right now? How can you fix your situation before the you-know-what hits the fan?

If I were in your shoes, here’s what I would be doing:

You’re not going to be rich once we get through the recession, but with the above advice, at least you likely won’t go bankrupt.

When the last recession hit, I was 23 years old. I had $12,000 in student loan debt and I had mayyyybe $1,000 in the bank. In 2009, I knew that stocks were on sale and that I should get in on the deals, but I obviously had no money… I still decided to purchase 5 shares of Coach at an extreme discount (so I felt like I was actually capturing the opportunity in front of me…but with the small purchase I was still admitting to myself that I basically had no money and had no business making the trade…).

In the end, even though the stock went up, I lost money (I think I was net -$20 in the end) because of what I paid in transaction costs, taxes, and the additional tax schedule for my “capital gains earnings”.

That’s a great example of when I wasn’t ready.

This time, my wife and I…we were ready.

What We Plan to Do In This Recession 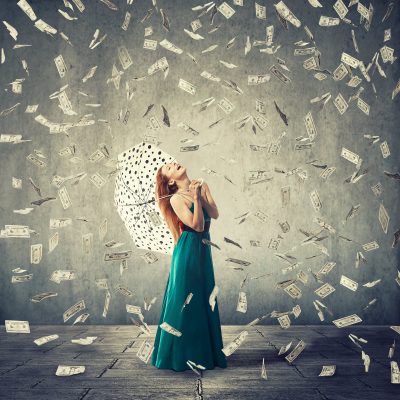 Your situation might be better, might be worse. Whatever the case is, you feel like you’re in a good spot and could invest in the market substantially if you wanted to.

Given our situation, here’s our answer to ‘where to put your money in a recession’:

How The Investment In a Recession Might Play Out

Stocks are choppy right now. One day they’re up 4%, the next they’re down 5%… it currently all depends on the actions of the President and the Fed. Ultimately though, stocks will rise and fall with the results of businesses and their valuations.

In other words, I’m not even going to try to time the market – that’s a losing man’s game.

Instead, we’re going to invest small amounts over the course of the next year or so – while the stock market is still down. That way, we’ll limit our risk (of buying big now and the market tanking even further), but we’ll still capture the majority of the down market over time.

And you know what? With this plan, I figure my wife and I will come out of this recession $100,000+ richer than we are today!

Dollar Cost Averaging – What Is It?

The term for spreading your investments over a long period of time is called, “dollar cost averaging“. And, it’s finally time to experience the real-life benefits.

Thankfully, we’re big believers in limiting our risk and dollar cost averaging into index funds instead.

We had roughly $200,000 in the market before it tanked (from our years of investing). We’re now down to about $140,000. Let’s say the market bottoms out and stays flat for 1 year before rebounding. Here’s the course of action I imagine we’ll take.

Where to Put Your Money in a Recession – In Conclusion

The easy answer is to hide your money and stuff it under your mattress while the market drops. The hard, but often wise, answer is to continue investing the market (and in real estate if that’s your game).

For me and my family, we’re doing all we can to invest incrementally while stocks are cheap. History has proven time and time again that it’s the absolute best thing to do.

What about you? Were you wondering where to put your money in a recession? What’s YOUR answer?