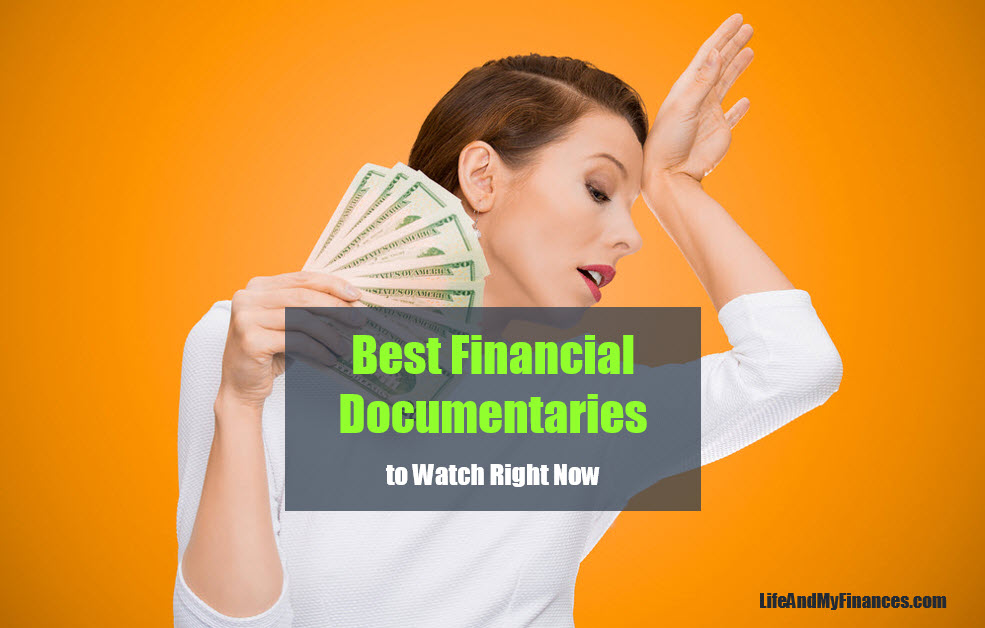 With some states still issuing a “stay at home” order during our current global pandemic, and with few places to be other than home, what better time to dig deeper into understanding how our global economy functions?  It’s time to break out all the best financial documentaries!

Ok, maybe not all, because after a bit of research they aren’t ALL worth your time. However, the ones listed below made the cut and at least deserve your consideration.

Best Financial Documentaries to Check Out in 2021

Without further ado, and in alphabetical order, here are some the best financial films and documentaries worth checking out!

*Disclaimer: The films below are being shared exclusively for educational and entertainment purposes and do not necessarily reflect the personal beliefs of the author or this blog. 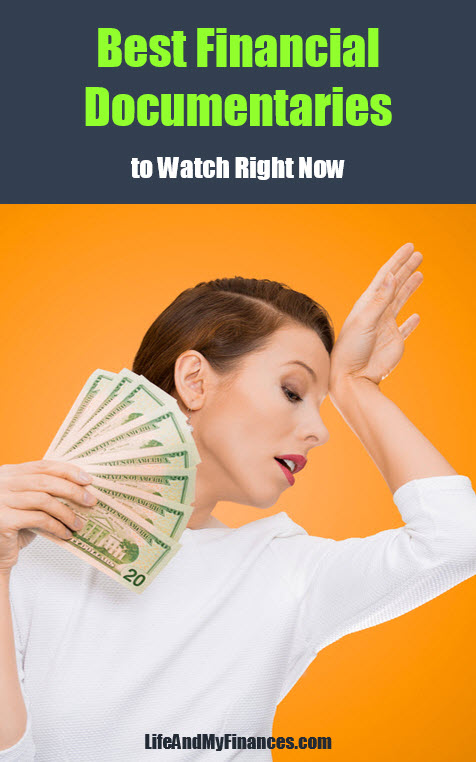 White collar crime is the theme of this NBC business reality television series.

This series covers a lot of financial  ground over the past decade. And, the episodes cover a plethora of topics, issues and events that you may have never imagined before.

Why you should watch this financial documentary

This series seeks to uncover the copious amount of financial fraud that’s happening everyday in plain sight. Not surprisingly, older individuals seem especially susceptible to being targeted and swindled. The show manages to stay up with current financial and newsworthy events, which makes it a relevant one to watch. It also breaks everything down into easy-to-digest info bytes.

Keep in mind this is still “reality TV” so there is a certain level of scripting that comes with this territory. Overall, an interesting documentary-ish program that keeps you current on American financial dramas and fiascos.

The series can be found for streaming on Amazon Prime.

“Even if it tells the age-old story of the filthy rich getting richer and the poor going nowhere, Betting on Zero is still rather shocking.” – Fionnuala Halligan of Screen Daily

Betting on Zero is financial documentary showcasing the story of Bill Ackman and handful of former Herbalife distributors who claim the company is merely a pyramid scheme destined to implode. 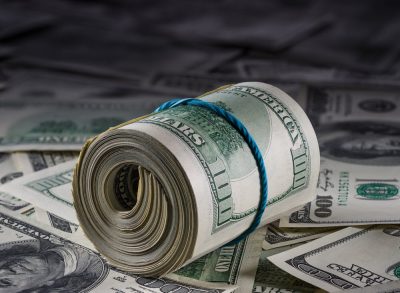 Why you should watch this financial documentary

Whether you’ve personally worked within a multi-level marketing organization, or have always been curious about how they function, this film provides an in-depth, behind-the-scenes look. Of course, it’s not fair to say all MLM’s function exactly the same way, but it gives you a good sense of how these companies are structured to grow and thrive.

Also, if you’ve ever just specially wondered about Herbalife, this is the film for you. Check it for free on Youtube!

Read More: Can You Really Make Money in an MLM? Reps Tell Us the Truth!

Ever wanted to know more about corporate corruption, creative accounting and financial fraud? Now you can really dive in and get a closer look with Dirty Money – a financial documentary series on Netflix.

Netflix describes this series as “exposing the greed, corruption, and crime spreading through the global economy.”

You’ve probably heard bits and pieces about many of the events featured, but likely never had the time or resources to delve in. Now you can pull back the curtain on how the global economy is operating and gain a deeper understanding of what really goes on behind closed doors. While much of this chaos is out of our control, knowledge is power and may help inform your future financial choices and which brands you will support.

In 2008, I was a senior in college and had a pretty good idea that the job market I would be entering in less than six months was looking pretty dismal.  But I can’t say I really knew why this was happening.

Inside Job is a documentary that sheds light on what really went down with the economy over a decade ago. Considered “the first film to expose the shocking truth behind the economic crisis of 2008,” it dives deep into the global financial meltdown.

The film features insights from financial insiders, politicians and journalists, and explores the impact that corruption in politics, regulation and academia had on the economic meltdown in 2008.

This film does a great job of breaking down complex terminology and helping the viewer understand just how broken and fragile our current economic system really is. It is basic economics for the layman, and is definitely worth a watch as one of the best financial documentaries on this particular event. 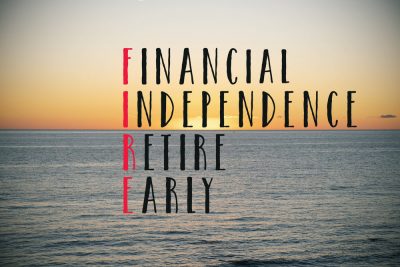 Playing with FIRE: The Documentary (2019)

Playing with FIRE is a financial documentary featuring a couple in their mid-thirties as they embark on a personal journey toward financial independence. Watch as they experience the highs and lows of what it looks like to unlearn the rules of society and seek an alternate route other than the one prescribed by the American Dream. The film also features commentary from some of the biggest names in the personal finance world right now, and showcases several FIRE success stories.

Playing with FIRE is a must-see for those who are in the beginning stages of exploring what financial independence and early retirement is all about. For those of who are already familiar with the premise and are on their way toward financial independence, it may not pack much of a punch. However, if you are looking for renewed inspiration or getting back to the “why” behind your lifestyle choice, it could be worth a watch.

The Ascent of Money

The Ascent of Money is a docuseries by PBS that won an international Emmy (definitely one of the best financial documentaries I have seen). The series addresses the history and evolution of money and how it came to be where it is today.  It also explains basic economic concepts and uncovers how money has shaped the course of humanity.

Episodes cover the history of:

Money is a concept that we so often take for granted and don’t think much about. Well, it’s not so much that we don’t think about it – we often think how there never seems to be quite enough.

It’s more that we don’t pause and ask why it rules our entire existence like it does. If you are looking to get a big-picture overview of the who, what, where, when and why of money, you’ve come to the right series.

Even if you are seasoned finance professional, you may find yourself learning a thing or two that you’ve never heard before. This series is a definite must for history and finance nerds. It’s also great for those who just want to know more about how our current economic system came to be.

Not all episodes can still be found on PBS, but the whole series can be purchased here on DVD.

The Corporation is a documentary that seeks to understand how corporations evolved into the entities that they exist as today. The creator of the documentary set out to discover what kind of “person” a corporation might be. The film traces its birth from that of a legal entity, and follows the “corporation’s” growth into a legally protected entity with individual rights protected by the 14th Amendment.

In a nutshell, with the “corporation’s” tendency toward…

…it is basically found to be psychopath legally protected by the constitution.

Why you should watch this financial film

This financial documentary is worth a watch to gain a better understanding how corporations came to be and how they function. Corporations retain many liberties and privileges that can negatively impact you as an employee and as a consumer. This film sheds light on how that all takes place and why it matters.

“The Corporation is a must-see documentary for anyone concerned about the enormous influence of multinational corporations on just about every facet of our existence.” – Brian Costello

A Financial Biographical Drama to Check Out:

While not a financial documentary, the biographical drama, Too Big to Fail tells the behind-the-scenes story of the financial crisis of 2008. The plot focuses on the U.S. Treasury Secretary and Chairman of the Federal Reserve System, and how they personally responded to the economic disaster of 2008.  This film won 5 Awards and received 3 Golden Globe Nominations.

Why you should watch this financial film

The movie is an entertaining take on how the stock market crash and government bailouts played out during the economic meltdown of 2008. The educational narrative sheds light on the conspiracy between Wall Street and the United States Department of Treasury.

It also attempts to unpack the complexities of the events for viewers to understand. The film works to connect the dots on how the crisis reached and impacted an individual level. However, be warned that  there is no shortage of uncouth language in this film. If that sort of thing gets under your skin, this one may not be the best option for you.

After weeding through quite a few films, these were the best financial documentaries that seemed to stand out among the rest.

Which ones have you seen? What other ones would you recommend? We’d love to hear what you think are the best financial documentaries!

Hello! I'm Kerah. I'm a writer and personal finance enthusiast with a background in marketing. I'm also a wedding and portrait photographer, part-time RVer and a lover of simple and minimal living. Always up to some project or adventure over @krisandkerah on Instagram.