Things Were Great…Until They Weren’t. Now What? 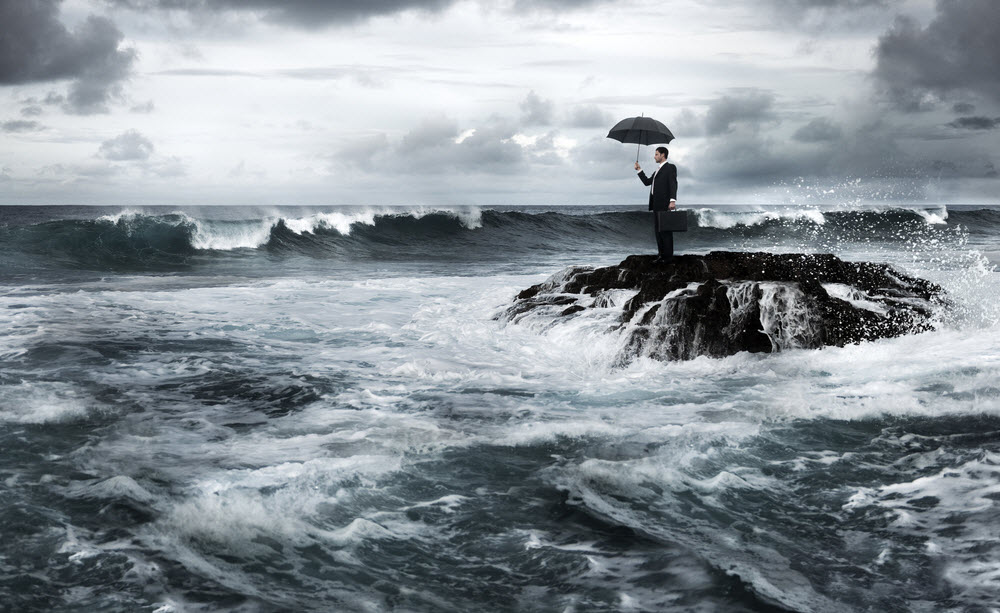 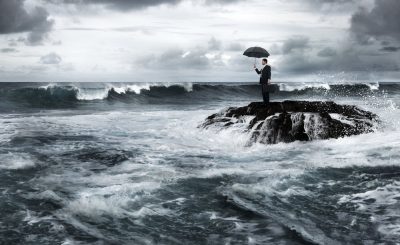 My breathing, normal. My stride, in rhythm. And my pace, 8 minutes per mile. Things were going fantastic. I had already run 1.5 miles and I was ready to pick up the pace. And then…I turned the corner.  Wind.  It was nearly gale-force and was directly in my face. This was going to be a problem… For those of you that are struggling financially, you’ve probably had the same feelings. Things were going great, and then suddenly, nearly everything went wrong. Let’s get you back on your feet again – and maybe even get you running faster than you’ve ever thought possible!

The Wind – Your Financial Nemesis

I was completely out of consumer debt. I even started tackling the home mortgage and had it down to $60,000 or so. It wouldn’t be long before I was completely debt free and skating easy in the gentle breezes of life.

And then my personal gale forces winds struck…

My wife, she wanted a divorce.

Long story short, the decree happened and I was obligated to pay her half of our net worth, which equated to $21,000…and I owed it within just 6 months. At this moment, I’d say I was officially struggling financially.

My heart was broken, my confidence shattered, and my debt-free victories…just a distant memory. It not only felt like a head-wind, but a torrential downpour as well.

I never thought I’d be in that position, but there I was. It was happening. There was no denying it.

If you’re reading this post, you likely have a headwind of your own.

For whatever reason, you’re struggling financially, and you need to find a way out.

Headwinds Are a Given, The Timing is Unknown

According to LifeHacker, we all face major challenges in life – 6 major categories of them:

Every one of us has ups and downs in life. Some are more extreme than others, but we’re all in the same boat – or maybe a different boat, but the same crazy storm. Loved ones will die, people will get injured and sick, money may come and go. We never know exactly what’s coming, but there’s always good and bad.

Headwinds will happen. They are real. Plan on them. They’re coming. 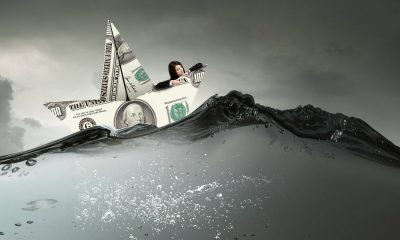 The Wind – Your Reaction to Change

“The pessimist complains about the wind;

the optimist expects it to change;

the realist adjusts the sails.”

Those That Complain and Do Nothing

Those that are struggling financially right now are likely complaining.

Whatever the case may be, complaining about the wind won’t change a thing. It’ll just keep you miserable for life.

Those That Smile and Wait for the Wind to Change

Positive people are great – they’re bubbly, chipper, uplifting, they’re simply fun to be around – but I believe there’s such a thing as being too positive.

Here are some clues that you might be too positive:

In other words, you often force yourself to be happy in your current situation, no matter what. But, putting a smile on your face while changing nothing isn’t likely doing any good for anyone – not you, not your friends, and not society. Bubbly happy people don’t look for injustices or problems that could use correcting.

You sit there with your sail down, waiting for change with a smile on your face, but you know what? Change may never happen, my friend. You might be sitting there waiting for your entire life…and then it’s all over. Positivity is great to a point, but inactivity and complacency come at a cost – namely never moving forward.

Those That Adjust the Sails

“The only constant in life is change.” — Heraclitus

The wind will shift. It’s inevitable. I mean, think about what life was like just 40 years ago.

Today is very different than just a few decades ago, and what if you hadn’t changed along with the rest of the world? You’d have skills like changing the tape rolls on the company “computer” or delivering printed memos from one side of corporate to the other.

In other words, you’d be completely useless today…unless you decided to adjust your sails with the changing winds.

Today, some people are struggling financially because the winds have changed. It happens. But, if you want to feel good about yourself and still become a success later in life, then it’s time to do something about it. Today.

The Wind – Your Time to Grow

I rounded that corner on that infamous run and struck that wind. It forced my head down, my legs started burning, and my breathing turned heavy. Nevertheless, I pressed on and pushed through the pain. It was the toughest run I had done in a while, but I made it the full 3 miles and still recorded an average mile time of 8 minutes and 15 seconds.

Later in the week, it was time to run again. On this particular day, it was cool and calm. No wind. Hallelujah!

It was the fastest three miles I had recorded in probably 3 years.

Was it luck? Was it just a coincidence? Could my running app be broken? Lol. Nope. None of the above.

Because I forced myself to run through the pain on the tough days, my muscles grew, my mind was stronger, and my body was ready for speed. Sunny calm days are great, but without the winds, we’ll never improve.

The Wind of Your Life – Choose Growth

Your life didn’t go as planned. You’re struggling financially and you really shouldn’t be. You’ve had a good job and you made decent money. What happened? Is it just too hard to get ahead these days?

There are 15 million millionaires in the United States today. Most of them started with nothing. Translation…it’s not too hard to win financially. I mean…15 million people in this country alone are doing pretty well for themselves.

You’re having a tough time and struggling financially. The winds turned and you’re stuck, or maybe you’re even moving backwards. Now is the time to figure out how maneuver that sail in such a way that you can still somehow propel yourself forward.

After a little work, your boat will start to inch forward. You’ll feel victorious, and you absolutely should! However, there will be seasoned sailors (ie. financial gurus) that are sailing past you so fast it’s as if they found a tailwind from some secret source.

How is this possible?

How is it that they can move so fast during such tough times?

Put plainly, how can people continue to be so well-off and wealthy (and continue to build wealth) when the economy is so lousy?

People excel during the bad times because in the past, they struggled just like you did. During those struggles, they learned and grew and slowly made headway. And then, they never forgot what happened to them earlier in life. They took note and realized that someday history might repeat itself, and they vowed that they’d be ready – stronger, wiser, richer, ready.

Your Headwinds – The Financial Struggles – Embrace Them

Use this time as if it’s a blessing. It may not feel like it now (as you struggle with no money, with all your frustrations, and perhaps even with no job), but you’re learning a valuable lesson that could earn you millions in the future. It all depends on how you respond now.

While you dig yourself out of your current struggles, be sure to ask yourself questions like:

Related: Why Rich People Get Richer

Are you struggling financially? What is it that you’re learning? What might you change about your future?