What is the Typical Police Officer Salary? (…and is it worth it??) 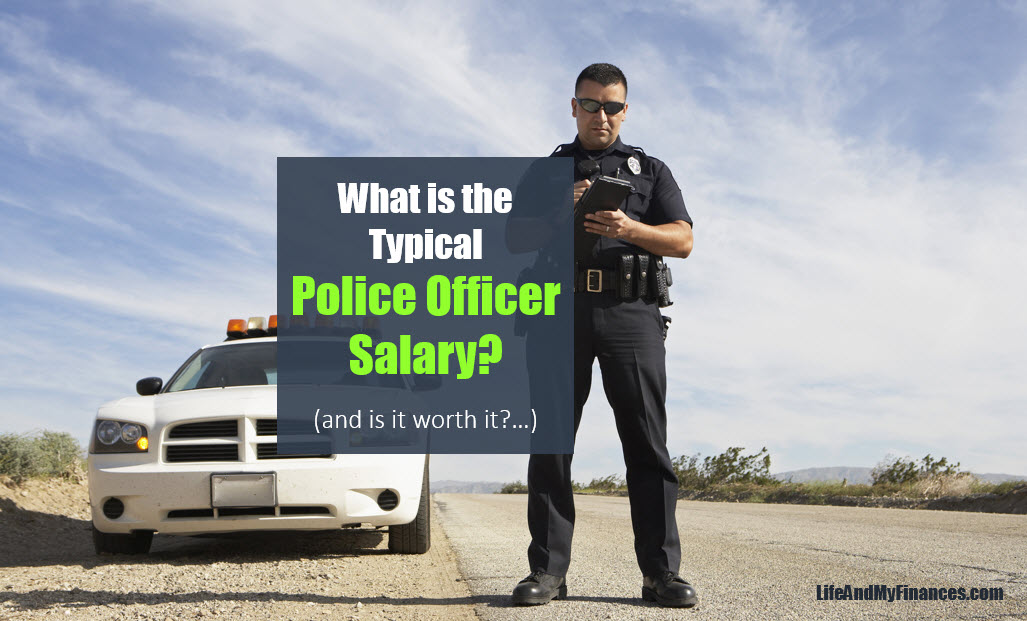 Have you ever considered a career in law enforcement? If so, the typical police officer salary is an important piece of info to learn.

Anytime you’re deciding what kind of career to pursue, no matter what your age, you don’t want to ignore the potential salary. While it’s great to find a job you love, you’ll also need to be able to make a living at it.

So let’s talk about the average police officer salary to help you figure out whether it brings the income you want and need.

This post was written by our staff writer, Kate Underwood.

Where the Stats Come From

The stats you’ll see in this article come from the Bureau of Labor Statistics. This website is a useful tool if you’d like to research any occupation, not just police officers.

The BLS website enables you to look up guiding factors to aid in your job planning.

Here are some of the key statistics you can find there:

There are also some great maps for those who are more visually-oriented, so you can see employment and wages sorted geographically.

Related: How to Set Yourself Up For Career Success 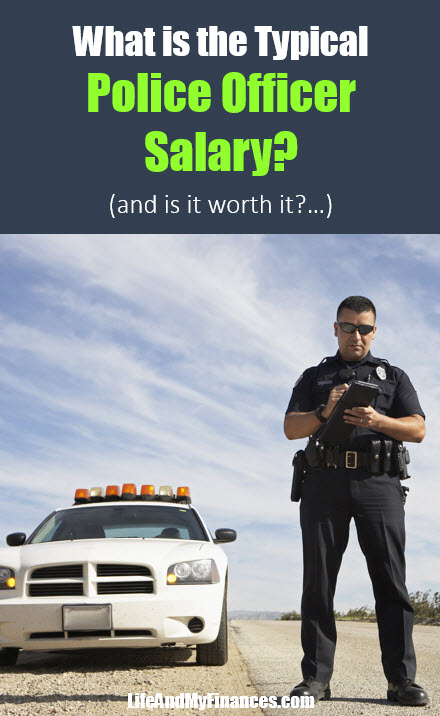 How Salaries are Calculated

When you read how much the police officer salary is in a certain region or state, these first come from the mean hourly wage. Then, the hourly wage is multiplied by 2,080, or the number of hours considered to be full-time employment for a full year.

Remember that the “mean” hourly wage is just the average. Many police officers will earn less than the mean hourly wage, and many will earn more. It’s just a general figure to give people an idea of how much they’d make.

One more note: these figures come from the police officer salaries for the years 2014 through 2019 in the United States.

The mean hourly wage for a police officer in the U.S. is listed at $32.50. The mean annual wage comes out to $67,600 for a full-time police or sheriff’s patrol officer.

That’s not a bad salary, to be honest. (Considering that minimum wage in most of the United States is $7.25 per hour, you can see you’d be much better off financially with a police officer’s earnings.)

As with many careers, you’ll often make less money early on than you will after several years of experience. That’s something to keep in mind as you think about the police officer’s salary you might earn.

You likely won’t move to one of these states purely to earn more money, but it’s still a consideration.

Here are your five states with the top police officer salaries and how much you could earn there:

A good idea is to also check out the average cost of living in the higher-paying states and cities. Salary.com has a useful Cost of Living Calculator to help you out.

For any place you’re considering moving to, research a bunch of factors that will affect how much of your salary you can save.

Industries Where You Might Work as a Police Officer

The Bureau of Labor Statistics lists the top five industries where police officers are employed (types of places you might work if you’re in law enforcement).

If you’re thinking about a career in law enforcement, you probably want to think through where you see yourself serving. Your tasks might be very similar in each type of place, but it’s important to also think about whom you’d be working with.

I’d imagine that the atmosphere when working as a police officer for the state government is quite a bit different from working in an elementary school, for example. It may come down to your personality and where you’re most comfortable. 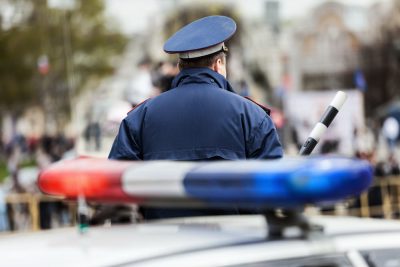 Anytime you’re looking at something like which states pay the highest police officer salary, remember that regional cost of living is often a factor.

The higher-paying states are often the ones where your typical cost of living is higher. For example, California shows the highest average annual police officer salary of $105,220.

$105K might sound amazing, but is it really so much if you live in one of the most expensive cities in the country? In much of California, it’ll cost you a lot more money to pay for housing, food, childcare, and other necessities.

So don’t overlook lower-paying regions based solely on the salary number. Your standard of living also depends on where you live, not just how much you make per year.

Related: Living Choices: Why We Want to Live Where We Want To Live

Risks of the Job

Police officers take on a significant amount of risk every day to keep us safe. Gun violence, trauma, fatigue, and more will make this a tough job. You may feel that a police officer’s salary isn’t enough to compensate for the dangers they face in the occupation.

If you or someone you know is considering a career in law enforcement, be sure to weigh all of the factors involved. Risks to your physical and mental health shouldn’t be ignored, but for someone who has a passion for that career path, it can be worth it.

Police officers are doing a job worthy of respect. But, it’s certainly not easy…and as it turns out, not all people have respect for police officers, which makes the job even tougher.

Before you jump into a police officer job just based on the salary and the gun you’ll get to carry on your hip, be sure to talk to those that already wear that badge. What would they advise you to do? Do they think you’ve got the makings of a great police officer?

What about you? Do you think you’d like to be a police officer based on the salary?