The Biden Tax Plan – What It Means For Your Wallet 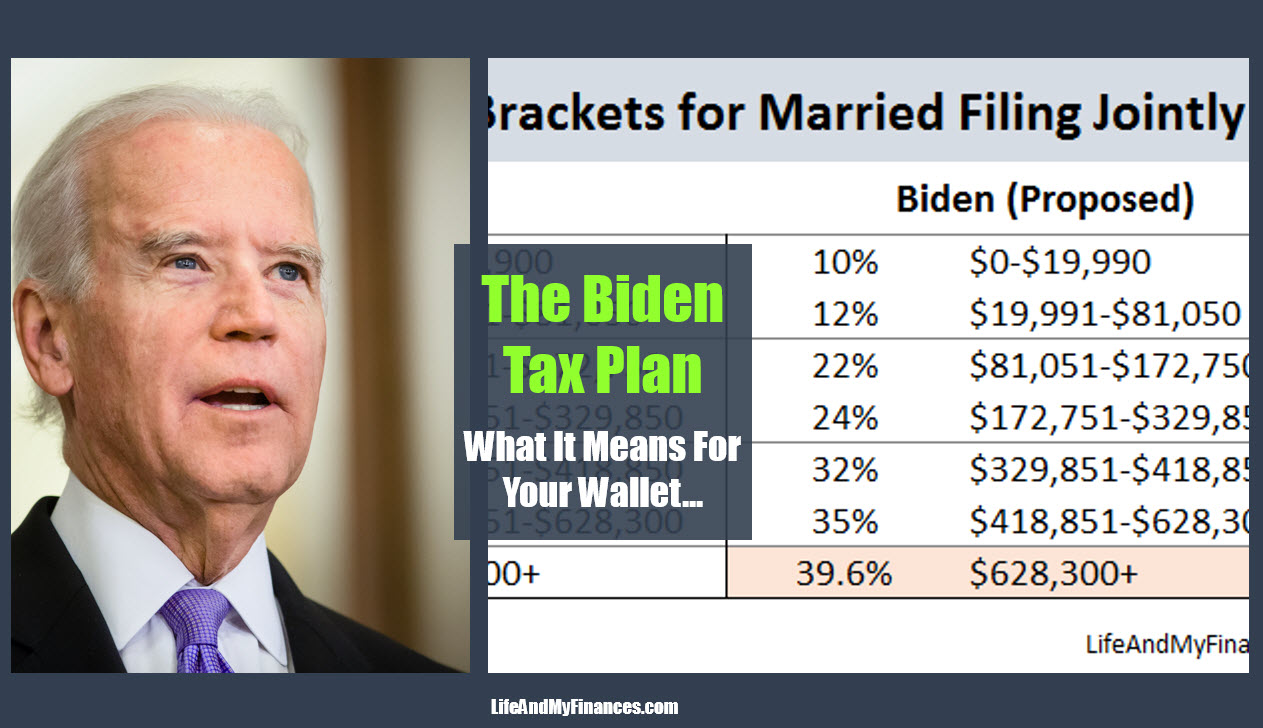 As President Trump vowed when he took office in 2017, he reduced the tax rates, both for businesses and for individuals. Now, with the election just a week away, people are starting to wonder about the Biden tax plan. Everyone assumes taxes will increase (as they usually do with democratic presidents), but by how much? How will each person be affected if Joe Biden is elected the next president of the United States?

Just to state the obvious here – someone’s vote should not be purely based on their personal tax rate and then simply choosing the lowest one. Vote for your beliefs, and choose the candidate that aligns with your future America.

Also, I am not a tax professional. But, I have read the plans, heard the debates, and have spent many hours trying to understand the tax changes that may come with a new Biden administration.

Finally, the tax tables below are the recent updates for 2021. Whether they will change based on who is president is yet to be decided. So take this just as a tool for comparison, not for the exact rates and figures of each candidate for the 2021 tax season. 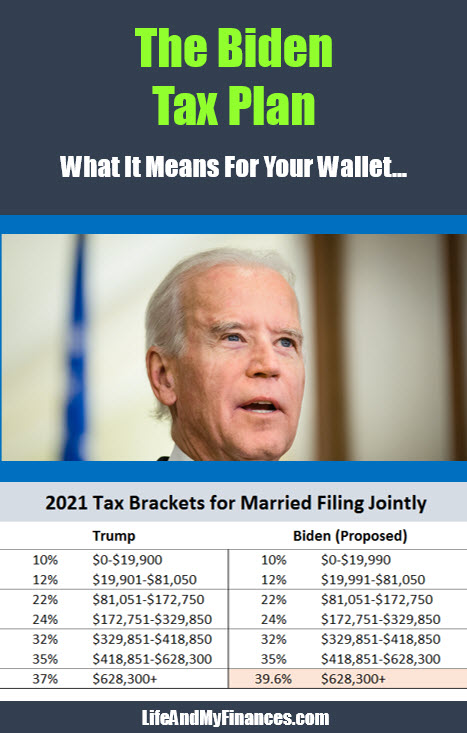 The Biden Tax Plan vs. the Trump Tax Plan

Joe Biden is a man for the working class, not the upper class (as he accuses President Trump of being). So his plans largely relate to raising taxes on high income earners and providing more relief to the lower and middle class.

The major parts of his plan involve:

During the Trump administration, taxes were reduced for many. Mr. Biden states that he will likely leave the reduced rates alone for the lower income earners, but he proposes to raise the rate for single filers earning more than $400,000 a year, and for married couples earning more than $628,300 a year.

See the impact within the tax tables below. 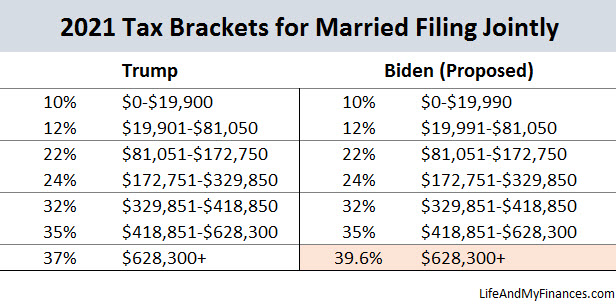 What’s one sign that you’re truly wealthy? Not that you can earn a massive income, but that you’re earning loads of money from investments. So, naturally, the Biden administration has targeted a high tax rate on long term capital gains (ie. earnings on investments held longer than 12 months).

See the updated chart below.

In 2021, if someone passes away and leaves $11.7 million to their child, there are no federal taxes owed on that inheritance. But, Biden is proposing to change that number. Instead of $11.7 million, his number would likely be in the camp of $5 million.

In other words, if a person passes away and his/her estate is worth more than $5 million, taxes will be owed on that estate.

Related: Inheritance Tax – What it is and What You Should Know

As you probably already gathered, if you have multiple children, this tax treatment can really make a big difference!

Related: What Happens to the Economy If Biden Wins? (What If Trump Wins?)

When looking strictly at the tax brackets under Joe Biden, they really aren’t much different from the tax rates under President Trump. It’s just the upper end of the incomes that are impacted. And then he’s a little more harsh on taxing companies and making them pay their fair share. Overall, I was actually surprised.

What’s your reaction to the plans outlined above? Do you approve of the Biden Tax Plan?