What Happens to the Economy If Biden Wins? (What if Trump Wins?) 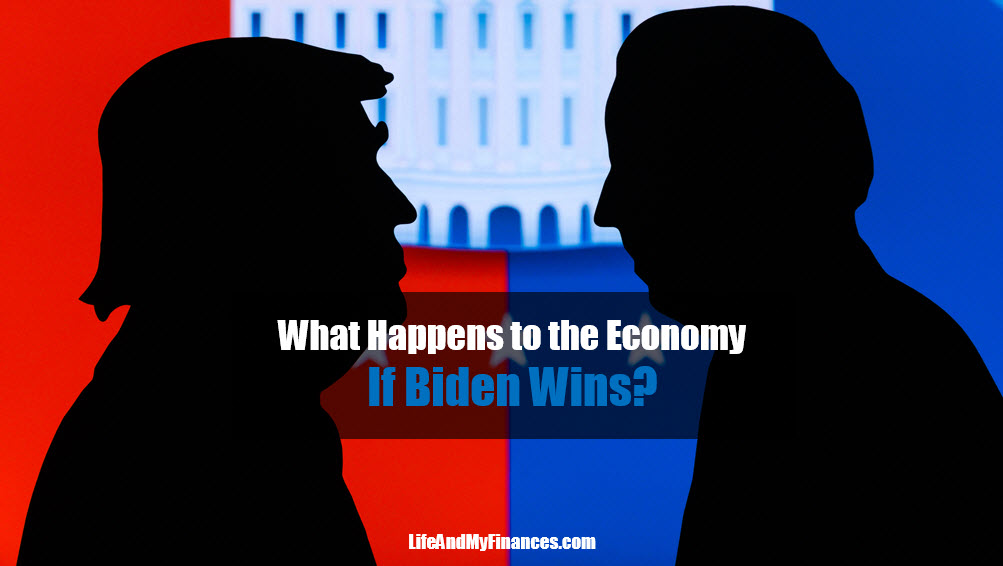 You’re probably sick of hearing about it by now, but yes, I’m going to talk about the presidential election for a second (I honestly don’t think I’ve ever done this over the course of my 10-year blogging career). It’s a genuine question I’ve had, and in exploring the answer I thought maybe you’d like to come along for the ride! — “What happens to the economy if Biden wins?” And on the flip side, what if Trump wins again? Will our country be in a better place with one vs. the other?

Of course nobody really knows, but based on the economic policy each candidate is proposing, economists and fiscal experts can take a pretty educated guess about what will happen in the next four years.

Before I even start with this analysis, I want to be sure we’re all clear. No one should vote purely based on the economic plan of each presidential candidate. There are plenty of other important issues at stake with this vote. Things like:

…among many other recent issues like the black lives matter movement, the police force, COVID-19, and the integrity of future elections.

So, when you’re voting (and you should ABSOLUTELY go and vote!), consider all the stances of each party when you make your decision and cast that ballot.

What plan does each candidate have? What have they put out there for all of us to look at and review? 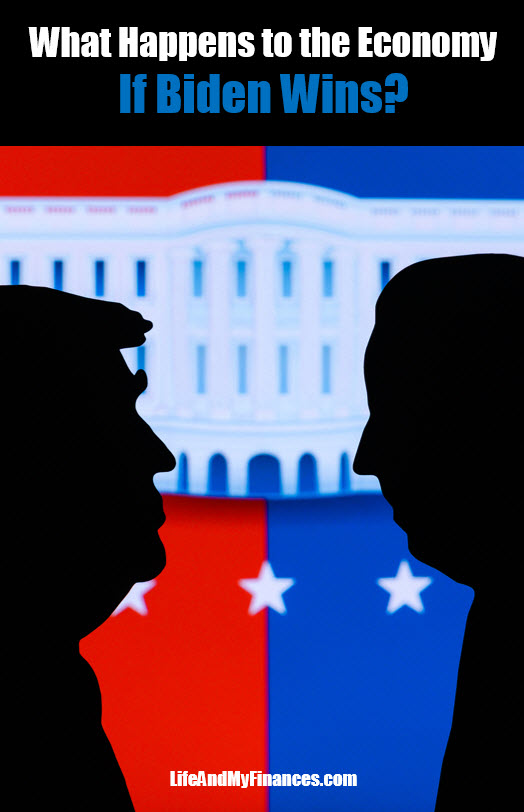 If Mr. Biden becomes president, he says he is going to immediately do the following:

Joe also states many “visions” for the country (racial equality, caregiving, schooling, ending gun violence, etc.). There are too many to list, but here’s the link.

Mr. Trump has already been working his plan for the past four years, so many of us have already heard it and seen it. The assumption is that he’ll continue to press forward with the plan he’s already set:

The Top Opinions of Biden’s Plan

What are the top reviews of Joe Biden’s plans?

The Top Opinions of Trump’s Plan

And how about President Trump? What is the response to his plans?

What’s Your Take? What Happens to the Economy If Biden Wins?

It seems that quite a few people are asking the same question as me — “What happens to the economy if Biden wins?”… There’s plenty of literature on it. But, even though I know the news is often skewed toward a Democratic opinion, I was surprised how many were in favor of his policies and believed that they would continue to drive the type of growth we’ve seen under the Trump administration.

What’s your take? Would Biden totally tank the economy like President Trump claims? Or would we all live in a better world under Biden’s regime?