The Real Scoop on the $1,400 Stimulus – Is It Coming Soon?? Everything You Need to Know 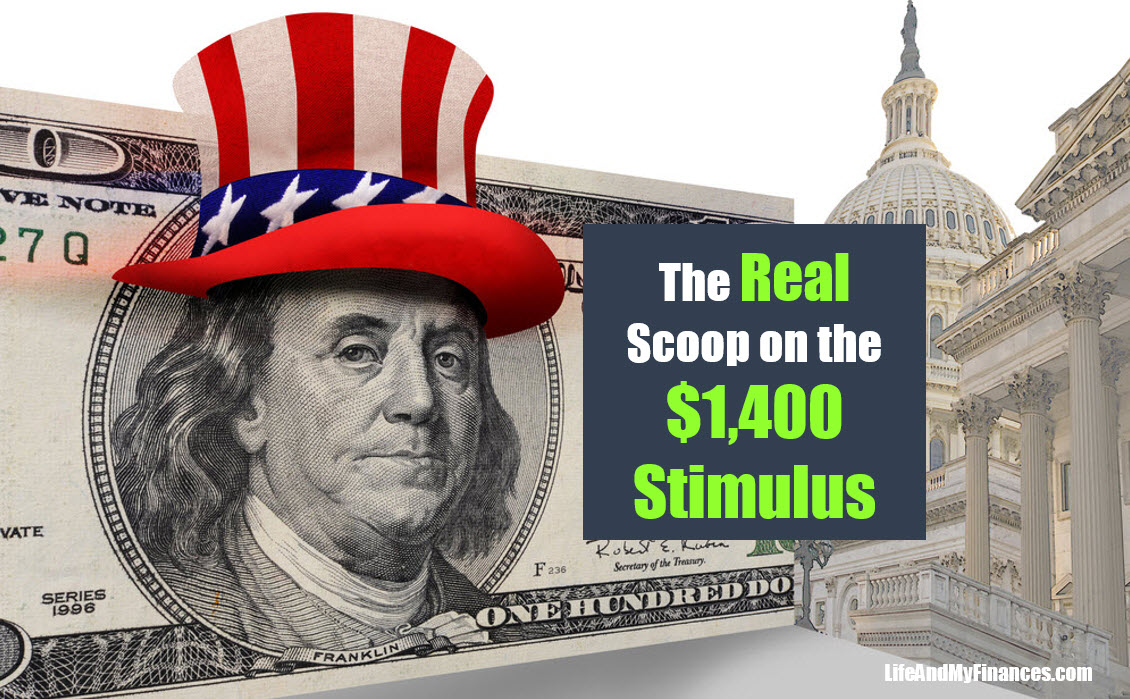 So what’s the scoop on the $1,400 stimulus? Will we actually get it? When? And what impact does it have on your taxes?

Honestly, I wanted to know these answers, so I dug into the details and figured it all out.

Then I figured, why not put together a quick summary for all of you?? So here’s the answers you’re all looking for. Condensed, and all in one place!

The $1,400 stimulus is part of President Biden’s $1.9 trillion “American Rescue Plan“, which includes many other directives, including…

And, of course, there are a bunch of smaller directives included as well. But the above items are the ones that you’re likely interested in. 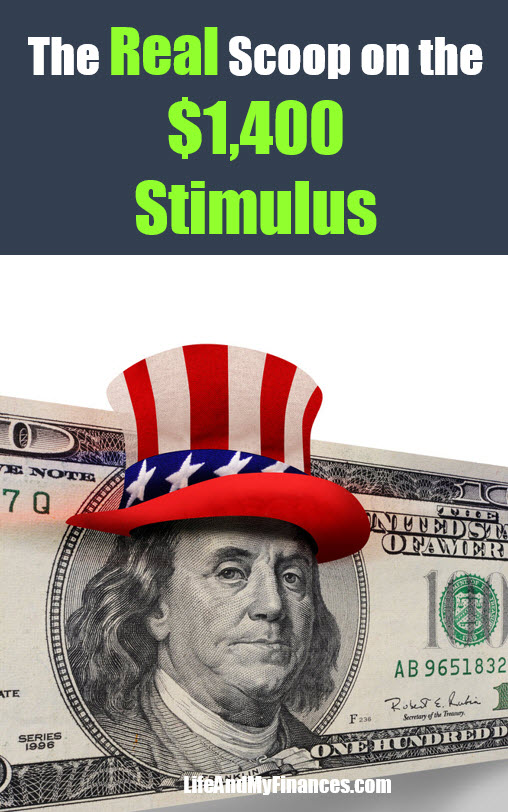 Will the American Rescue Plan Get Approved?

The American Rescue Plan was officially proposed in mid-January. To make it official (and for you to get your $1,400 stimulus), the legislation still needs to pass through Congress, which is split 50/50 between democrats and republicans.

The vast majority of analysts predict that the $1,400 will pass, but with a scaled-down version of the plan.

If the plan passes with the initial vote in early February, you’ll then get your stimulus checks at the end of February.

But, the analysts are predicting that the plan will need to be changed before getting approved, so it likely won’t get passed until late March, which means the $1,400 stimulus checks would land in your bank account in early April.

To qualify for a full payment, you’ll need:

If you make more than this, your payment will be reduced by $5 for every $100 over the income limit.

How Much Will You Get (with Your Spouse and Kids Included)?

If you were a family of four and made a combined income of $150,000 or less, then you recently received four payments of $600 with that second stimulus. That was a total of $2,400!

Basically, it’s a payment for you, your spouse, and then any dependents you claim on your taxes.

Do You Need to Pay It Back? What About Taxes?

What are the stipulations around these stimulus payments? Do you need to pay them back? Do you owe taxes on them? There must be some kind of catch.

Surprisingly, as far as I can see, no catch. 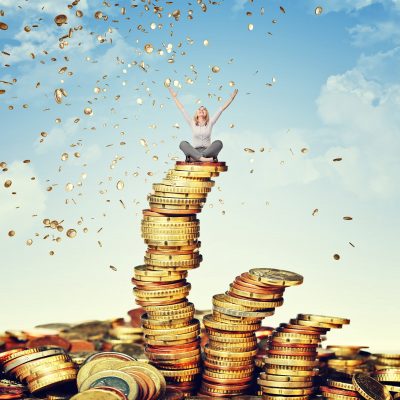 While this all seems well and good to get “free money”, we all know that nothing is given away for free today.

Let’s follow the logic of what will likely happen because of this “free” payment:

Knowing all of this, what should you do with your $1,400 stimulus money?

First off, if you’re struggling to get by because you’re out of work, then by all means, use the money to buy food, pay your utilities, and keep up on your rent/house payment.

If, however, you’re doing fine financially and you have a beefy emergency fund, I’d recommend investing the money…because you’re going to have to pay it back eventually due to higher future taxes!

With the last stimulus, the stock market was still down, so we invested our dollars there. So far, that investment has been making money hand over fist!

With this stimulus though, we’re going to have to think a bit more carefully.

The stock market is at its all time high. It is still projected to go up in 2021 as the economy begins to open up again, but it still does leave some concern.

While I haven’t yet okay’d this idea with my wife (and now I’m dangerously putting it into print! Yikes!), I suspect that we’ll start saving up these dollars into a safe investment (like a high-yield savings account) to be used for a rental house investment in the next couple years (that’s when I expect the housing market will finally soften…but more on that in a later post).

Whatever you do though, do with the mindset that this money isn’t free and that you should try to earn more money with it, because you’ll have to pay it back in some form or fashion in the future!

Related: Where to Invest Your Money in 2021

Will you receive a $1,400 stimulus check? What do you think you’ll do with it?

Will you heed my advice and try to earn more money with those dollars? Or do you already have ideas to spend it on something else?

Tell us in the comments below!