Hyperinflation in the United States… Is Your Money At Risk? 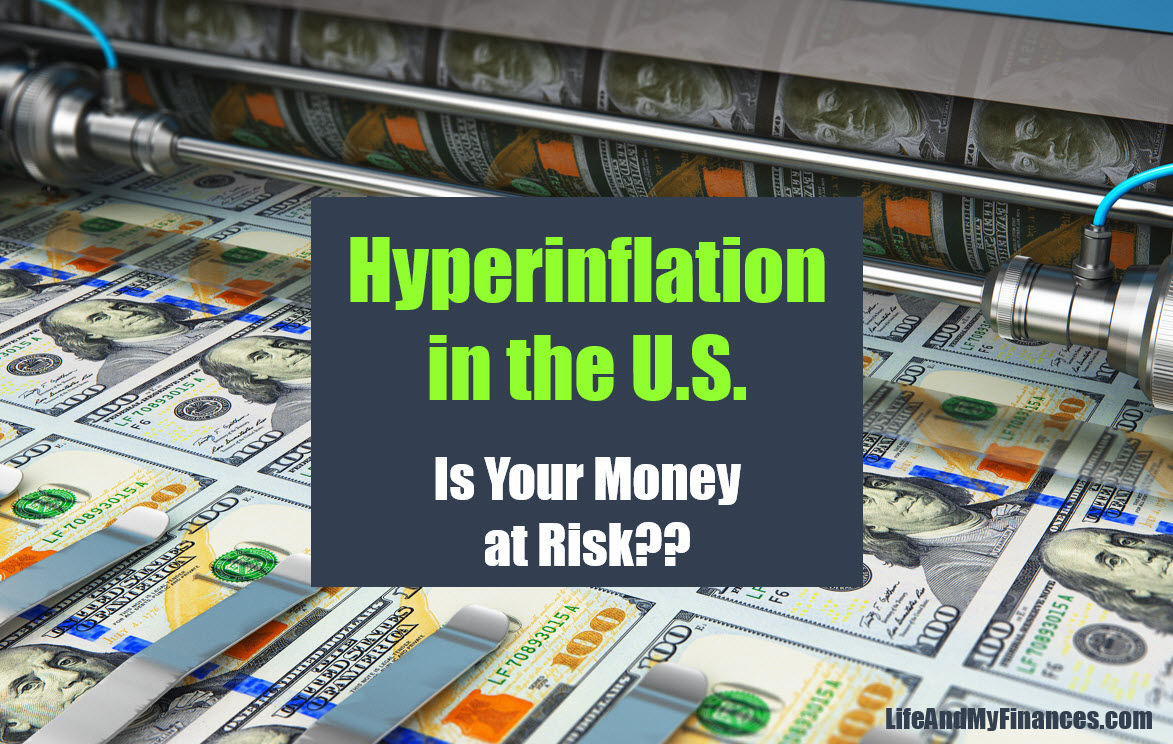 Hyperinflation in the United States…Will it ever happen? Could it ever happen? And if it could, what should we do with our money to prepare for it? These are honestly the question I’ve been asking myself lately, so I figured I’d take you along for the educational ride 🙂

According to Investopedia, hyperinflation is defined as:

“Rapid, excessive, and out-of-control general price increases in an economy….typically measuring more than 50% per month.”

In other words, it might cost $2 for a loaf of bread today. When you head back a couple weeks later, the price may jump to $4. Then, two weeks after that, it costs $8. Wait yet another 2 weeks and the price jumps to $16!

The value of the bread doesn’t change. Instead, your currency became less valuable and can all the sudden buys much less than it did before.

It may seem surreal, but hyperinflation absolutely happens! And many people who were once wealthy, now find themselves with nothing! All because they depended on one currency and that currency became worthless…nearly overnight! 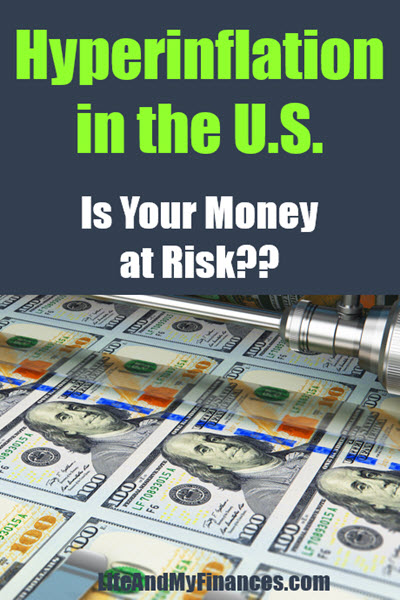 The top examples of this in history?

According to the BBC, Germany’s financial issues were mainly due to their involvement in World War I. The cost of the war took a toll on the government, and on top of that, they now owed reparations payments to France and Belgium for the damage they caused during the war.

In 1922, the Germans missed a reparations payment. They simply couldn’t afford it.

The French and Belgians didn’t believe it, and they were going to get their payment one way or another. They went into Germany to confiscate industrial goods for payment. Long story short, the French and Belgians greatly disrupted the German industry, they shot and killed over 100 people that stood in opposition to their plan, and the German government continued to try to pay their workers…even though little was being produced and therefore little was earned during this time.

The German government had no choice but to print more money to cover their debts and obligatory payments.

In less than a year, the German currency was practically worthless. In fact, many used the cash for burning in their fireplace vs. actually buying wood that was outrageously expensive. It seemed absurd, but it made financial sense.

The hyperinflation in Greece (oddly enough) had to do with the Germans and World War II.

Due to the war, the government went deeply into debt and its trade was greatly dissolved. To cover its obligations, the Bank of Greece continued to increase the money supply. Over the course of just two years, the supply was doubled.

And then, you guessed it, hyperinflation began. The prices on goods doubled every 4.3 days…

In November of 2008, the daily rate of inflation in Zimbabwe was 98%, which basically meant prices would double every single day! That’s how out of control their national currency was.

Why was it so out of control?

According to EconomicsHelp.org, many reasons:

This all happened in 2008, but guess what? Inflation in Zimbabwe is rising again. Watch out…history is repeating itself!

Why Does Hyperinflation Happen?

The common denominators in basically all of the hyperinflation stories throughout history? There are two.

In an effort to further the economic growth in a country, the government often removes the backer from its paper currency. Once this is done, there really isn’t any value to the paper money other than the fact that the government tells us its worth something.

Most of the time, this works just fine…until something big happens and the debt of the government inflates astronomically. So much so that they can no longer pay their debts…unless they print more money.

This is where the crazy cycle begins.

To make the debt payments, a crazy amount of money is printed. But now the money is worth less because there’s so much of it in circulation…which means the government needs to print even more money to cover its growing debt, which means the price of the debt increases even more steeply…etc. etc. etc.

Hyperinflation ensues, and nearly everyone in the country goes broke immediately because their savings are worthless. Few see it coming, and its often devastating to say the least.

Hyperinflation in the United States?

So what about the United States? Is it possible that we might see hyperinflation in the near future?

Let’s look into the two common denominators of hyperinflation that we noted above. 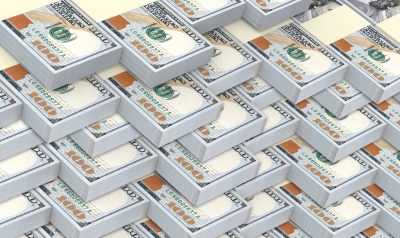 Removing the backing from the U.S. dollar

While this seems a bit absurd, it’s actually quite common. No country currently abides by the gold standard.

How about the money supply? Is the United States printing too much money? Are they in danger of inflating prices with an excess supply of money?

The government brought in $3.1 trillion in taxable earnings in 2020.

How did they do this? They printed money of course!

So, are we destined for hyperinflation?

Why not? Why can the U.S. seemingly print as much money as it wants when it would push other countries into instant hyperinflation?

Put simply, it’s because the U.S. dollar is the global reserve currency. In other words, other countries are at risk of experiencing inflation because they need to transact business in U.S. dollars, which exposes the value of their currency in the process. We in the U.S. don’t need to make those additional transactions, so we don’t have that same risk.

But, what if we weren’t the global reserve currency? What if this moves away from the U.S. dollar and toward digital currency?

It’s entirely possible. And based on the recent rise in Bitcoin value, it seems like everyone is actually expecting this to happen (including Elon Musk).

Will it happen tomorrow?

For a currency to become the new global reserve currency, it would have to be widely accepted in nearly all places of business. Bitcoin isn’t even close to there yet. At minimum, it will be years before this would likely happen.

But, in the meantime…you probably should start thinking about how to protect your wealth if it’s all currently in U.S. dollars…

How to Protect Ourselves From Hyperinflation

If the U.S. dollar is no longer the global reserve currency and the government continues to spend like it is, then I have no doubt we’d start to spiral into hyperinflation in the United States, thereby making our dollars worthless in a matter of months. 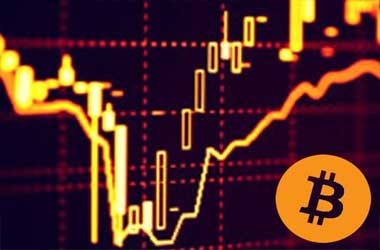 What can you do to protect yourself?

Money Crashers has a great article on this very topic. It’s titled, “8 Investments to Protect Against a Post-COVID-19 Inflation Spike”.

Based on that article, I’ve put together my top 5 anti-inflation investments:

If your investment portfolio is 100% invested in the U.S., you may want to start shifting a percentage of that into some of the areas noted above. It’s never a good idea to have all your eggs in one basket, especially when that basket has a bunch of crazy chickens as managers!

Related: Is Art a Good Investment Option For You?

Hyperinflation in the United States – In Summary

It’s a little scary, but the way the government is spending is haphazard and fully dependent on the fact that we are the global reserve currency.

At some point, the U.S. dollar will no longer be the main go-to currency in this world. And, if the United States can’t support its own bills at that point (and they’ve proven that they can’t by continually running a deficit), they’ll need to print more money. And, by printing obscene amounts of money, the value of the U.S. dollar will quickly tank and we’ll be sent into hyperinflation.

When will hyperinflation happen in the United States?

This is anyone’s guess.

If we stay away from wars and continue undisturbed as our own nation, it could take decades. If, however, we enter into something that costs a tremendous amount of money (ie. wars) and create debts that we cannon repay, then it could just be a matter of years.

For me, over the next couple of years, I’m going to start shifting my investment strategy – more International investments, more precious metals, and who knows, maybe I’ll even start to invest in cryptocurrencies myself (even as a slow adopter)!

How about you? Do you think we’ll soon see hyperinflation in the United States? How are you protecting against it?