What is the Law of Income? (Apply It, and Become Wealthy!) 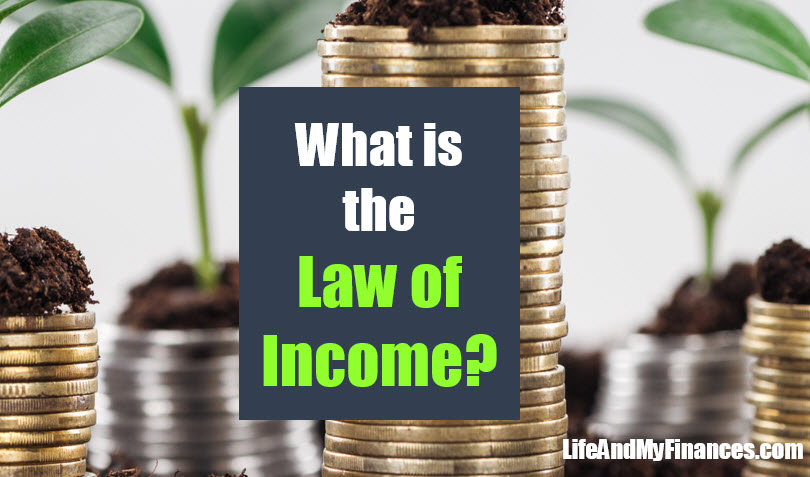 I first heard of the phrase “The Law of Income” about five years ago. It was in one of the most inspirational books I’ve ever read – from T. Harv Eker – The Secrets of the Millionaire Mind. If you’ve never heard of it and haven’t read the book, I strongly suggest you pick it up. You might just have your mind blown…in a good way!

So what is the law of income? And why should you care?

It was March, 2014. My first wife divorced me just a year earlier and I was still working to get back on my feet.

I was feeling good. Life was feeling semi-normal again. I had cleaned up most of my wounds of the past.

It was time for me to move forward – in my personal life, my work life, my spiritual life, and even my financial life!

Naturally, I found myself at the library, searching for answers…

After browsing the shelves a while, a certain title jumped out at me. Of course, this was T. Harv Eker’s book, “The Secrets of the Millionaire Mind” – the one I mentioned at the beginning of this post.

It was about money (which is my typical prerequisite for reading a book, LOL!), but it sounded a bit psychological. I gave it a shot, and it’s still impacting my actions to this day, five years later.

The Law of Income

This book was jam-packed full of radical ideas about your mindset and how it can equate to wealth (in fact, I wrote an entire post about my discoveries in this book! — “9 Things the Rich Do That The Poor Do Not“).

In particular though, the book was centralized around the law of income, which I now fully believe in. 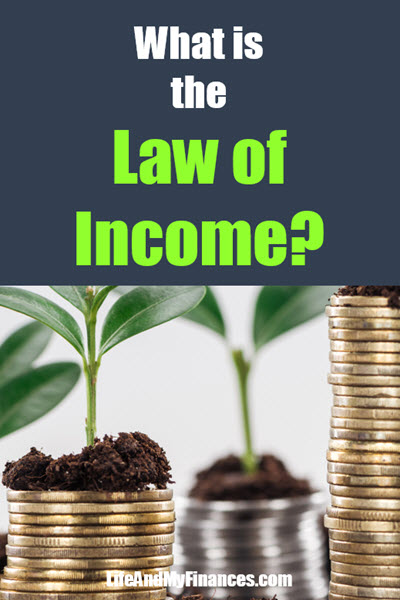 What is the law of income?

“The law of income is a wealth principle. It states that you will be paid in direct proportion to the value you deliver according to the marketplace.”

In other words, if you start a blog about an anthill in your driveway, there will only be so many people that are interested and willing to read about it (ie. your market is limited to Grandma Baker, who thinks you’re simply amazing…mainly because you’re her offspring).

However, if you start a blog about the stock market and point out various ways that people can get rich with trades AND you prove it to be effective, you’ll likely be quite successful (because who doesn’t want to get wealthy with a few simple stock trades??!). Your potential market for that is HUGE!!

The law of income — If you deliver a product or service that helps thousands (maybe millions) of people, then you’ll get paid handsomely for it!

Top Examples of the Law of Income

Think about some of the most successful people in the world:

What Should You Do About It?

Now that you understand the law of income, what should you do about it?

Related: How to Get Promoted 5 Times in 7 Years

Maybe you just need to try a little harder at the field you’re in. Perhaps the work you’re doing now is solid work, but you’re only supporting your boss. What if you thought bigger? What if you tackled bigger problems in the company? You’ll start getting noticed by more people, and higher-level people at that. If your work is sound, you’ll likely receive a pay increase or even a promotion!

Perhaps your efforts aren’t the problem. Maybe it’s your field. Maybe there’s just no way to impact more people. Then maybe it’s time to try something new. Maybe a new career? Or maybe just a side hustle to get you started! Here’s some links that might help.

Are You Applying the Law of Income?

Whichever the case may be, I’m sure it follows the law of income.

That’s just the way it is. Like it or not.

Want to earn more? Then it’s time to ramp up your efforts! Impact more people! It really is as simple as that!