What is the Opposite of Success? (It’s Not What You Think) 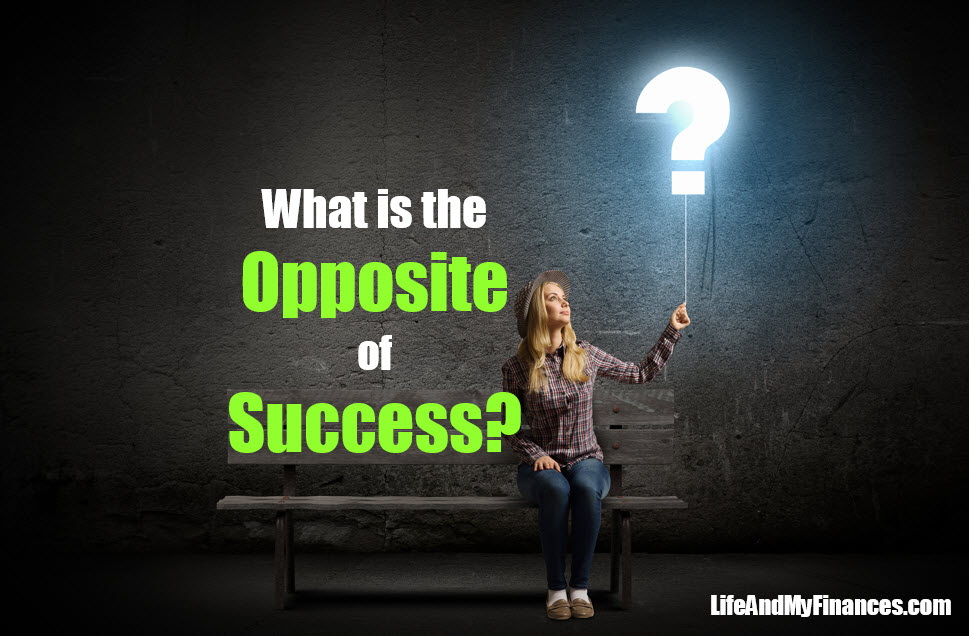 When posed with the question, “What is the opposite of success?” the immediate response is, “failure”. This may shock you, but that answer is completely false.

How many people have succeeded without failing? I’d challenge you to find just one person.

Randy Gage says it best with his quote:

“The opposite of success is not failure, it’s mediocrity. Failures are part of the success process as you learn and grow.”

Opposite of Success: A Comical Illustration

My wife and I made a trip to Florida to visit my brother, his wife, and their daughter. At the time, our daughter was just under two years old.

Naturally, we headed to the beach soon after we arrived! After all, when you fly from a 20 degree location to a 75 degree location, it’s practically the law to lay in the sun and get burnt on day one! 😉 However, being the good parents we are, we were sure to pack the beach tent to protect our baby girl!

You know the ones, right? They come in this circular pack, and when you take it out of its packaging, the wire-frame bounds open like magic and voila! A tent is formed!

Man, that thing was awesome, protecting our toddler from the sun’s rays all day long.

And then…it came time to put that thing away.

I grabbed it on the sides and tried to….

…it seemed that not even an act of God would get that tent back into a circular shape.

After about 10 minutes of repeated trial and error, I finally wised up and took my troubles to YouTube. I patiently watched a video and coached my brother how to pack the thing up (yes, he was now in the mix).

She put her hand on my arm, put her head down, giggled a little, composed herself, and then said (no lie):

“I just wanted to come over here and say ‘thank you’. My family and I have been watching you this entire time and this was seriously the best entertainment we’ve had in years!”

Lol. Yes, we’re probably still on YouTube somewhere, making someone else millions of dollars thanks to our stupidity.

Packing up that tent – total failure.

That Failure – Part of the Overall Success

Alright, so that tent thing could have gone better, but you know what? We still:

That one embarrassing failure was just part of the overall success of the trip!

Opposite of Success in Life

Too often today, we’re taught that we should know all the answers. That we should always be correct and should always be winning if we want to succeed in life. But the truth is, if it’s ingrained in us to never lose, then we’re actually being taught to never try. Because you know what? If you try something new, chances are you’re not going to be good at it! You’re going to fail, and that’s okay! 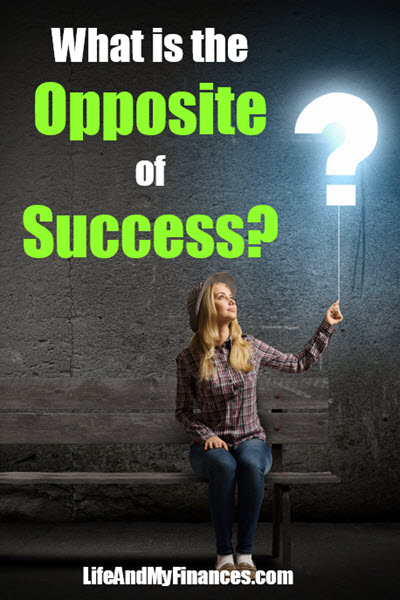 Ever watch the movie, Mr. Baseball? (It’s one of those 90’s movies that I still love and most of you probably think is terrible.) The movie stars Tom Selleck as an incredibly talented Major League Baseball player…but then he hits a rough patch. He started striking out…a lot. He got so terrible that he was sent to a league in Japan to hopefully work out whatever it was that was wrong with him.

And guess what he did?

And so he did.

He got great again, he won the big game, got the girl (yes, of course there was a girl!), and the movie ended in smiles.

The Danger of Mediocrity

Don’t shoot for mediocrity. You can do better than that!

You’re sure to fail along the way, but that’s just an indication that you’re headed for something great!

What’s the opposite of success? Mediocrity. If I were you, I’d choose the path of failures.