The Average Credit Card Debt In 2021 (And How to Pay Yours Off!) 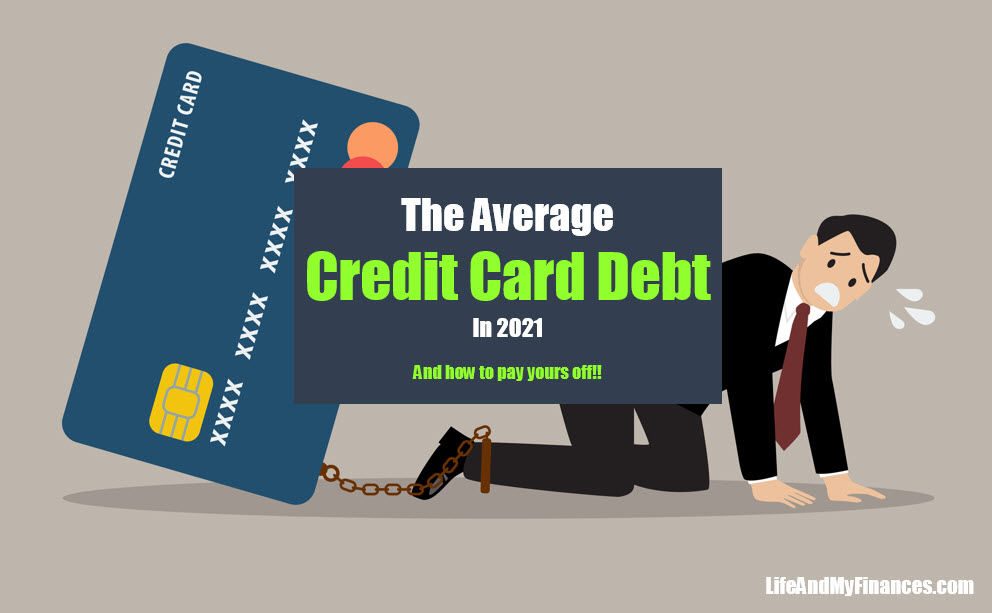 We don’t hear as much media buzz about credit card debt as we used to—maybe because student loan debt is getting so much press coverage these days. But debt due to paying with that convenient card cripples a lot of families and individuals, so it’s still worth addressing. What’s the average credit card debt in the U.S. now?

We’ll look at some statistics from a LendingTree survey of American households. Let’s get into the numbers and see how you compare!

So, the average debt on credit cards is much higher than the median. In that survey, the average American household carried $6,270 in debt from credit card use. The median amount was $2,700.

(As a reminder, the average is the total amount divided by the number of debt-holders. The median is simply the middle number in a set of numbers. Half of people’s debt was above $2,700 and half was below that figure. So in this case with the credit card debt, there are some people with a HUGE balance that bring up the average, but when looking at the median, it’s a lower number.)

Shifts In Credit Use Over the Years

When the LendingTree survey examined American card habits from 2003 until 2020, it found that debt increased. However, the percentage of overall debt that came from credit cards decreased. 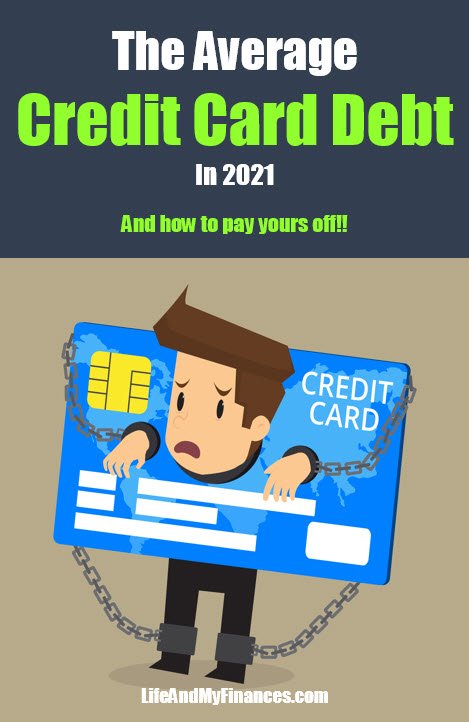 Credit card balances actually decreased in 2020, which may sound odd considering the pandemic. But when you consider that many households received stimulus money and decreased some of their costly activities (commutes, entertainment, travel), it makes sense. Plus, banks even lowered card limits for 34% of customers early in the pandemic to guard against their own losses.

Related: “How Should I Spend My Stimulus Check?” (A Question Worth Answering!)

Experian conducted research on different age groups with a special focus on baby boomers and millennials.

Some of their findings are pretty interesting:

Debt from credit cards is higher among boomers (people between the ages of 56 and 74) than among millennials (people aged 24 to 39). However, total credit card debt grew much faster for the millennial group than the older folks.

Another piece of data Experian noted about these two age groups was that the total number of cards held by millennials increased somewhat. Boomers went down from 5 cards to 4.8 between 2015 and 2019. Millennials went from 2.9 credit cards to 3.2, on average.

So the trend seems to be for twenty- and thirty-somethings to put more purchases on credit cards than they used to.

A really sobering finding in the LendingTree research was that among people aged 75 and older, 28% had some debt from credit cards. The median amount was $2,700. I don’t know about you, but when I’m in my seventies, paying off credit cards is not something I want to worry about!

Why Is Credit Card Debt Worse Than Other Types of Debt?

Though some people may debate whether certain types of debt are “good” debt, borrowing on a card is always deemed “bad.” It doesn’t necessarily connect to any ROI like a college degree (theoretically) can or mortgage debt.

Credit card debt is dangerous to your financial health because of several key reasons:

According to research by The Motley Fool, 43% of consumers only paid the minimum required amount on cards—or even less. While 58% paid above the minimum, 35% paid just the minimum, and 8% paid even less.

Imagine you have the $2,700 median credit card balance at 18% interest.

You end up paying almost double the original amount charged if you only pay a minimal amount. Some cards only require a minimum dollar amount such as $25, but either way, you’re paying off those dinners out for years to come. 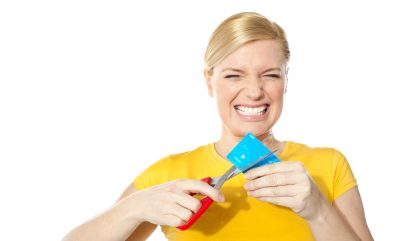 Steps To Paying If Off

Getting yourself out of debt should generally begin with consumer debt, which is often found on credit cards. Since your mortgage is a payment towards an asset, it’s okay to put that debt on the back burner. Just pay the regular amount (although paying off the mortgage early can be awesome)!

Should you pay off your student loans?

Well, yes, but since the payments and the interest charges are both paused until the end of September 2021, you can hold off temporarily.

Credit card debt, on the other hand, you want to extinguish as quickly as possible.

The average interest rate is currently 16.12%. Some cards push that number much higher. If you’ve looked at the estimate on your credit-card statement where you’re only paying the minimums, that should scare the heck out of you.

So stick with the minimum amounts on any other debts like mortgage and student loans, and throw as much as possible at credit card balances. A good piece of advice is to pay the highest-interest debt off first, which is typically your credit cards.

A few other tips for paying off credit cards:

How do you feel about credit cards? Why do you use (or not use) cards for payment?

Credit Cards Get Out of Debt Money

Kate Underwood loves reading, talking, and writing about all things in personal finance. She made the switch from her high-school teaching career a few years ago to become a full-time freelance writer and editor and can be found at kateunderwoodwriter.com.