The Cost of Eating Out (It’s Truly Insane!!) 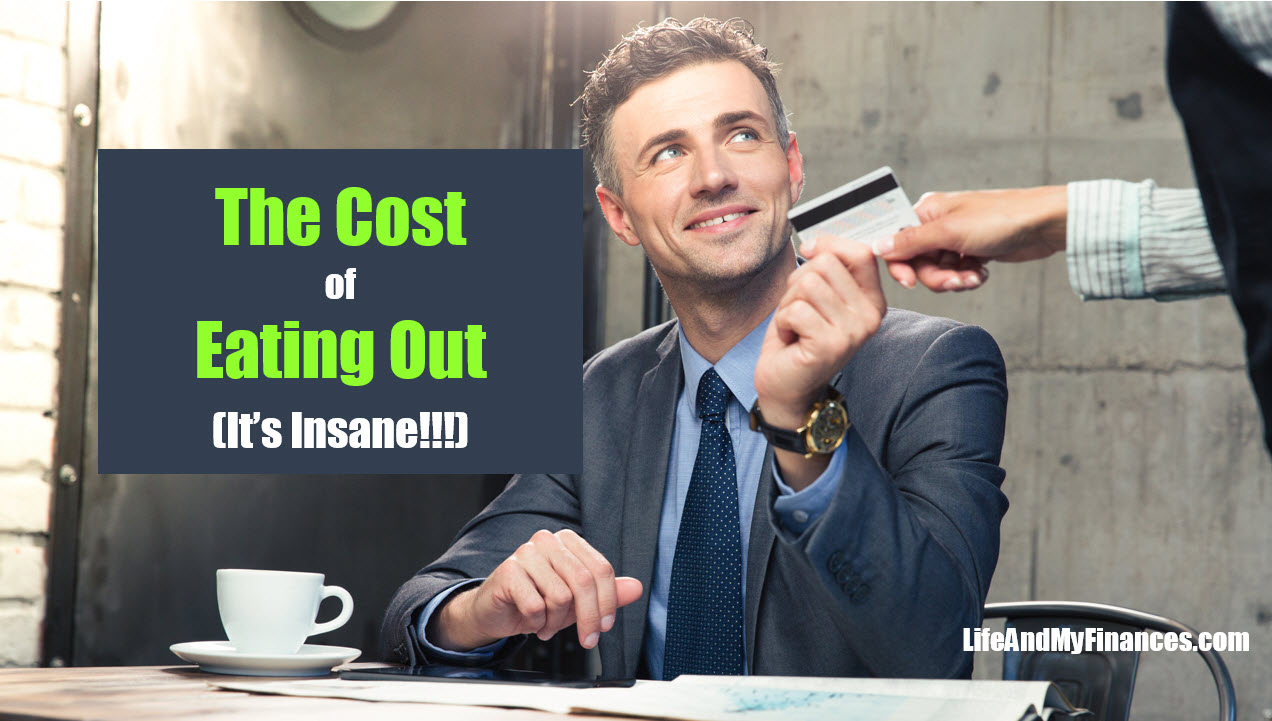 I make my breakfast every morning. Three eggs, two pieces of toast, two slices of cheese. In total, it’s 500 calories, it fills me up until lunch time, and it only costs me $0.74. And the cost of eating out for breakfast? If you go to an average restaurant, this exact meal is approximately $10. Head to McDonald’s and you’ll pay a little less, but you’ll still spend $6….That’s an 800% mark-up from the at-home meal!

And we didn’t even talk about lunch and dinner yet!

The cost of eating out is clearly just insane. Let’s dive into all the various meals below. Then, we’ll tally up what the true cost is between eating out and making your meals at home!

Average Cost of Eating Out: Breakfast, Lunch, and Dinner

That intro was pretty telling, right? Let’s dig into breakfast some more. And then we can discuss lunch and dinner.

Just one meal for one person costs less than $1 at home vs. $6 (at minimum) if you ordered it in a restaurant. Make that a family of four and you’re talking about spending $24 at a cheap fast-food joint…for breakfast…vs. $4 at home!

Man, what a difference! 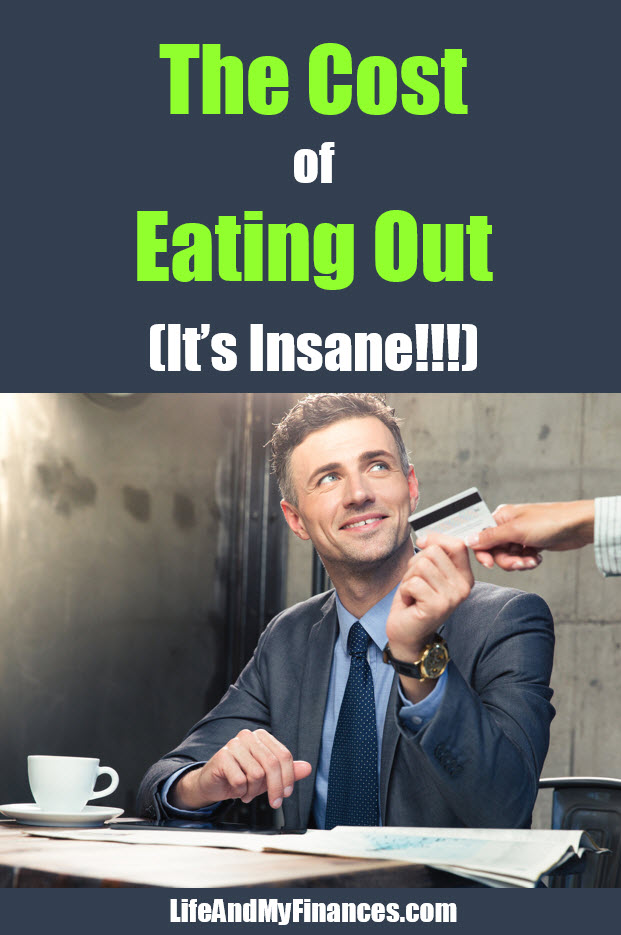 Now for lunch. Let’s just figure out the breakdown with one person again.

When I was going to work (before the pandemic life I live now at home (not complaining!!)), I would bring a sandwich, nuts and raisins, a granola bar, an orange, and a banana. It was a fairly healthy lunch, and the total cost adds up to $1.70.

And how much would lunch cost if I ate out? Or even if I dined in the work cafeteria? About $10. That’s an $8.30 difference per meal.

And you know what? Some people do this every workday.

And, keep in mind, that’s just one person. If you and your spouse work and both buy lunch every day, then this habit becomes a $4,316 expense each year vs. just bringing your own lunches!

And then there’s dinners.

Most people don’t go out for dinner every single day, but they typically do go out at least once a week.

The Average Cost of Dinner: eating out

According to Business Insider, the average cost of dinner for two is roughly $40. So, per person is $20.

The Average Cost of Dinner: a home

Make that same meal from home and what will it cost you? According to Forbes, making a meal at home is roughly 1/5th the cost of a meal at a restaurant. So, instead of $20 per person, it would cost you just $4.

The Yearly Differential for Dinners

Eating those same meals at home will run you just $208 a year.

Have kids? Let’s not even go there. The added expense is even more….

Related: How to Cut Your Grocery Bill In Half (It Could Save You Thousands!!)

The Cost of Eating Out vs Cooking at Home

Here are the assumptions:

It’s time to tally this up!

What’s the cost of eating out vs. cooking at home?

For an entire year for a single person…

On a per-person, per-year basis, you’re spending an extra $3,621 for the convenience of someone else making a bunch of meals for you. It may seem worth it…but is it really?

Think about it. If you’re married and your spouse has similar habits, that’s $7,242!

And if you have kids, you’re probably spending an extra $10,000 a year just to eat out once in a while! Yikes!!

Related: How to Feed a Family of Four for Less Than $400 a Month

I just can’t help it. I always have to know the answer to this question when it comes to spending more than necessary.

What if, instead of eating out all the time, you saved up that money and invested it in the stock market that has yielded average earnings of 10% per year?

All those meals aren’t just costing you a few thousand bucks a year. The true story is much bigger than that. They’re actually killing your retirement!

The true cost of eating out is absurd! Do you eat out often? Will you change your habits after reading this post?