The BEST Reliable Used Cars Under 5000 (Reliable AND Cheap!) 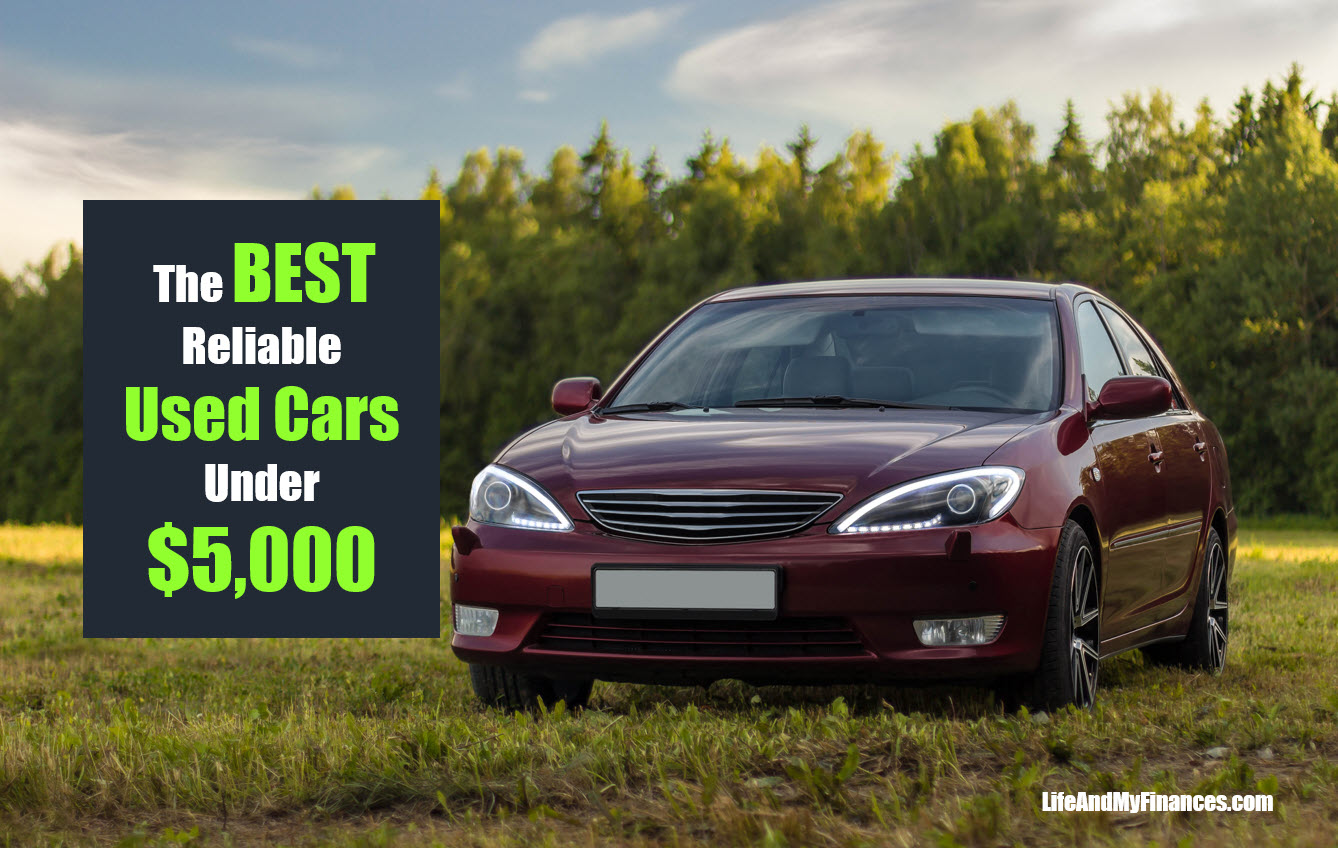 Looking for a cheap car? These days, that’s no easy mission…especially if you’re looking for reliable cars under 5k. But, don’t give up hope! They’re out there! And, the absolute worst thing you can do is talk yourself into spending $20,000 for a supposed “dependable” car… Then, you’ll be deeply in debt and you still might experience car troubles! No way. It’s time to identify the best reliable used cars under 5000 bucks. Then, after reviewing the list, you choose which car is best for you!

Related: FREE Credit Card Payoff Spreadsheet (Get Out of Debt in 2022!)

How to Find a Good Used Car For Cheap

In a world where it seems like finding a car for less than $10,000 is impossible, we’re saying you can do yourself even better. It IS still possible to find good reliable cars under 5k.

Want to know how to find a good used car for cheap? And what car models are the best bang for you buck? 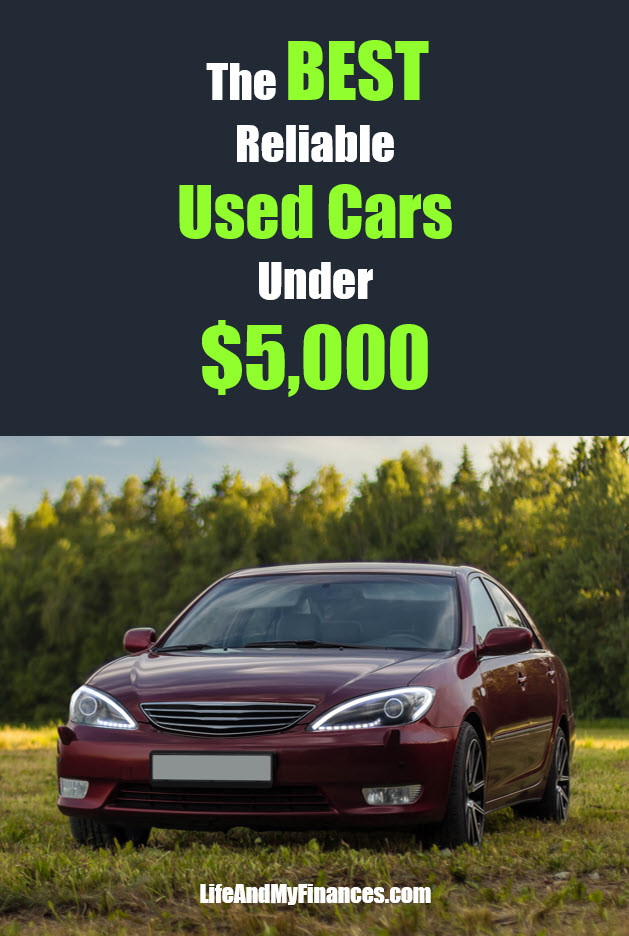 First, we’re going the explore the ‘where’ to look (ie. what websites are best for your search?), and then we’re going to talk about the ‘what’ to look for (ie. what are the best used cars under $5,000).

So, where can you find quality used cars?

Related: 7 Reasons to Buy a Used Car Over a New Car

If you’re looking for the best reliable used cars under 5000 dollars, then your first question is probably around the best used cars website!

So what are the top used car websites out there? Where is it most likely that you’ll find a quality used vehicle for a decent price?

Here’s our opinion of the top 10 used car websites:

Personally, I’m not a big fan of finding a car that’s 500 miles away, and then wasting an entire day to go see it and maybe buy it (who knows, it could be crap and you have to go back home empty handed. Been there…done that…got the T-shirt. Not doing it again.).

On all the other sites, there are two major downsides:

So for me, I check Facebook pretty much exclusively. If I’m looking for a specific vehicle, then maybe I’ll extend my search onto CarGurus, Autotrader, or Edmonds.

Beyond these sites, I love finding cars that are out for sale by the side of the road. They’re often cheaper, the competition is lower, and you can talk to a real human being about a car that they’ve likely had for years.

If you’re looking for a reliable used car under $5,000 and take your search online, start with Facebook. Then, be sure to scour your neighborhood for anything that’s for sale by the side of the road.

Alright. Back to the task at hand – the best reliable used cars under 5000 bucks.

Related: Buy a New Car? Or Used Car? Which Option is Best?

What is the Most Reliable Used Car to Buy For 5k?

What makes the top of the list? And, what is the most reliable used car to buy for 5k?

If you’re looking for a car that will be the most dependable and will consistently get you from point A to point B without breaking down, then look no further then the 2007 Buick Lucerne! 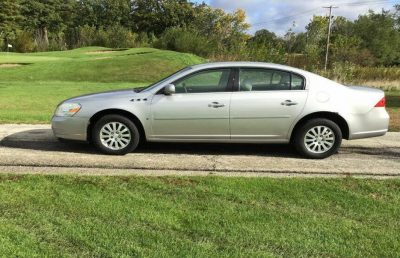 It’s big, it’s bulky, and nobody really wants to be seen driving them.

BUT, they have great motors that will likely never die on you…ESPECIALLY if it has low miles, which many of them do (because grandma and grandpa owned them)!

So, what is the most reliable used car to buy that under $5,000? The Buick Lucerne, baby!

What Is The Cheapest Reliable Used Car?

If you’re looking for the absolute cheapest reliable used car…I still might go with the Buick Lucerne…but we should probably choose something different here for the interest of the article.

The absolute cheapest reliable used cars in existence today are made by Honda and Toyota.

And, if you asked me the question, “What is the cheapest reliable used car out there today?”…I’d have to say the 2006 Toyota Camry.

If you don’t have a ton of money to spend and you want a cheap reliable used car? Check out the Toyota Camry. You likely won’t be sorry!

The Buick Lucerne and the Toyota Camry sound great and all (sort of ;)), but what about the best used cars for teens?

What’s cheap enough for a teen to buy, but won’t leave them stranded on the side of the road?

Well, just so you know, any car could leave someone stranded by the side of the road – whether it’s $2,000 or $20,000. Sure, the likelihood might be greater with the $2,000 car, but we all have cell phones today and help is just a button click away…so don’t worry, your kiddo will likely be just fine…even if they blow a gasket (literally, not emotionally ;)).

Anyway, back to the point here. The best used cars for teens that are under 5000 dollars…

What kind of cars are out there that teens can afford but are still safe and decent quality?

At this point in my life, I’ve got super-young kiddos. Neither are anywhere close to driving.

But, if they were, there are two types of cars that I absolutely wouldn’t buy for them:

So, what are the best cheap used cars for teens?

Again, the 2007 Buick Lucerne is a great pick again. It’s a big, bulky (and therefore safe) car. And, it’s cheap and reliable. But, besides the Lucerne, I choose the following cheap used cars for teens:

You can buy all of the above used cars for under $5,000. They’re cheap, they’re dependable, and they’re great for teenagers! Not a bad list for $5k or less!

Which one would you choose for your teen? Tell us in the comments below!

Related: How to Make an Extra $1000 a Month Blogging (From a Guy Who Actually Does!!)

Most Reliable SUV Under 5000 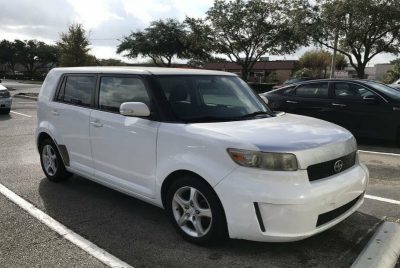 So which one is the best? Which of the above picks is the most reliable SUV under 5000 dollars?

I choose the 2009 Scion XB. For many, it’s not the most appealing SUV, but it’s cheap, it’s dependable, and it actually gets pretty good gas mileage too! I mean c’mon! What’s not to like??

Ahhh, into the realm of sports cars now. Can you really afford a sports car? Sure you can! I found four of them that you can likely buy for under $5k!

So which is my top pick? Which is the best reliable sports car under 5k?

The most dependable is hands-down the 1993 Mazda Miata. The coolest one is the 1988 Toyota Supra. The one that you can likely find AND fit in is the 1986 Chevy Corvette. 😉

And, even thought I graduated high school in 2003, I still don’t want the 2003 Ford Mustang. Lol. Not sure why. It just always seemed like a lightweight sports car to me.

So what else is there? Which are the other most reliable used cars under 5000?

Here are some great cheap used cars under $5,000 that we haven’t mentioned yet:

So what is our list in full? What are all the best reliable used cars to buy?

Here’s the full list of all the reliable cars you can find for under 5k.

And there you have it! The best cheap reliable used cars out there! 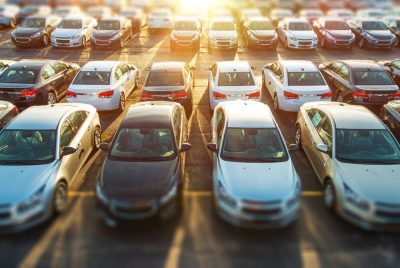 How to Get a Good Deal at a Car Dealership

I get this question all the time –> “How can I get a good deal on a car at the dealership?”

The dealer bought a car from an owner for a fair trade-in price. Then, they mark it up $2,000+ and try to sell it to you, the buyer. What are the chances they’re going to sell you the car for the trade-in price?

Heck, they might not even bring the price down $500 from their marked-up sticker price.

Why not? Because they need to pay for their salesmen, their building, their light bill, their insurance…etc etc…

They need to make more than a thousand bucks on every car to stay in business. You’re never going to find a great deal at the dealership.

A Few Ways to Save Money on Cars at a Dealership

So, now you’re know you’re not going to save thousands of dollars on a car at a dealership, but here are a few tips to help you save a bit.

There you have it! If you must, these are the ways to save money on cars at the dealership. But, if I were you, I’d buy your car from a private party seller. You can always find a better deal, and maybe even a better car!

Related: How Much Money Does An Electric Car Save? (Shocking Findings!!)

How to Get the Best Deal on a Used Car

You came here trying to figure out how to find a good used car for cheap. Part of that is knowing first how to find the cheap cars, but then you’ve got to know how to close the deal and make the purchase!

If you want to know how to get the best deal on a used car, below are my absolute top tips!

The Best Reliable Used Cars Under 5000 – Will You Buy One?

So what about you? We taught you a TON in this article!

I hope you were able to digest all that! If you’re not quite in the market for a 5000 dollar used car just yet, be sure to save this article and come back to it when you’re ready to make a purchase! Or, if your friends are trying to figure this one out, pass it their way as well!

So what about you? Are you ready to make a used car purchase for under $5,000? There’s a surprising number of quality used cars out there!