How to Invest in Tencent: How to Buy Shares In the US 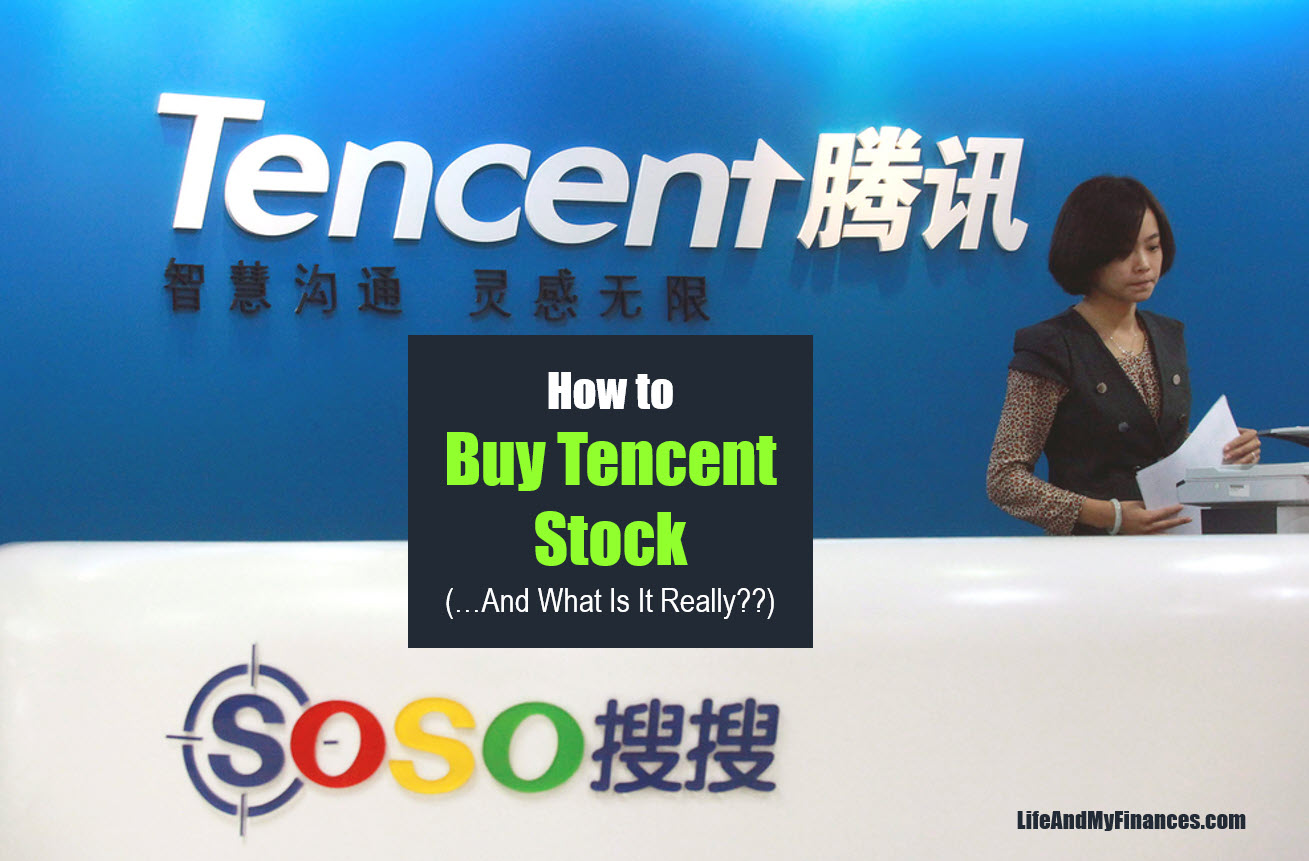 As you start to grow and expand your investment portfolio, you might be looking at outside markets and international exposure. China has a rapidly expanding market, and they’re home to one of the most impressive companies in the world: Tencent. For those that have heard of it, they’re next question is often, “How to buy Tencent stock?”

And why do people ask themselves this question…?

Because Tencent covers everything, and I mean everything. 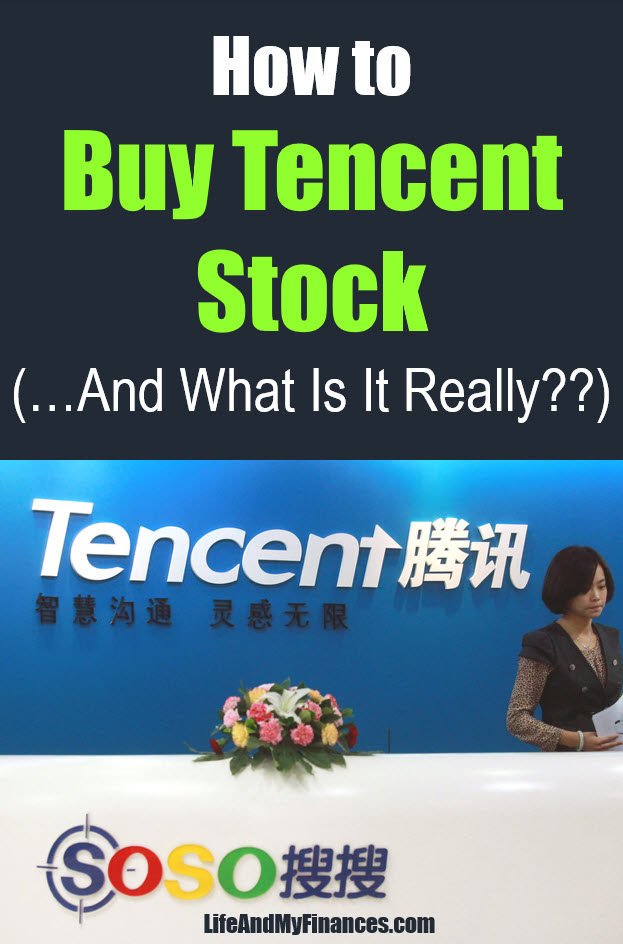 If you’ve ever wondered “is there an app for that?”, the answer is yes and Tencent’s probably got it.

Over the last year their stock has fallen 40%.

Before you run away…ask yourself these questions:

Lots of great questions here. Read on for all the goods on Tencent and why it might be a good buy right now.

This post was written by our staff writer, Lindsey Smith.

Related: The Best Dividend Stocks and ETFs in 2022

What is a Tencent Stock?

Tencent (TCEHY) is a Chinese investment holding conglomerate with so many subsidiaries.

Like we mentioned in the intro paragraph,  Tencent has subsidiaries in the following categories:

Related: How to Buy VIX (…And What Is It Really??)

How Does Tencent Make Money?

At the center of the company is one app, “Weixin”, known as “WeChat” outside of China. This is China’s biggest social network, and it’s more massive than you can imagine.

It’s like Facebook, Whatsapp, Venmo, Candy Crush, and Tinder combined, and then added other functions like booking a doctor’s appointment or finding out how crowded a location is.

There are over 1.26 billion active monthly users on the platform. The preferred way to communicate in China is through chat apps, rather than email, and Tencent predicted this early on. Tencent has made most of its money from chat apps and online gaming.

Related: What Can I Do With 5 Million Dollars? (Retire? Buy a Yacht? Retire Early?) 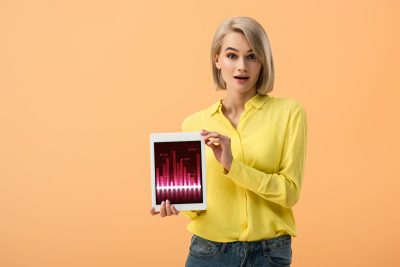 What Is Tencent Invested In?

They’ve acquired and invested in so many companies, in addition to WeChat they also have QQ, which has about the same number of monthly users as Instagram. They have multiple digital payment platforms, with WeChat Pay being one of its biggest. They’re the biggest computer game publisher in the world, and own several information and news portals, cloud providers, and A.I. companies.

Tencent is also invested in American companies including Tesla, and Snapchat. They also make a massive one-third of their profits from gaming, and are invested heavily in American gaming companies Riot Games, Epic Games, and Activision Blizzard, whose biggest games are League of Legends, Fortnite, and Call of Duty respectively.

They’re even invested in companies that are testing out flying cars and asteroid mining.

Is Tencent an OTC stock? (ie. An Over the Counter Stock)

In America, Tencent can be bought as an OTC stock, or over-the-counter stock, which means the sale needs to be facilitated by a dealer or broker who has shares, rather than buying them on the stock exchange. You can purchase ETFs in America that have exposure to Tencent, which is likely the easiest route.

What is Tencent Stock Price?

Related: How Long Can You Live Off $200k? (It Might Be Longer Than You Think!)

Why is Tencent Stock Dropping?

Before you consider how to buy Tencent shares, you might want to think about what’s been happening with it recently. Over the last year, it’s dropped over 40%. Why? Why is Tencent stock dropping?

The biggest reason Tencent stock is dropping might be government regulations, both in China and in the U.S.

Tencent stock is dropping due to government regulations

According to The Motley Fool, the US Committee on Foreign Investment in the United States (CFIUS) started looking into Tencent’s investments in America, specifically in gaming companies Riot Games, Epic Games, and Activision Blizzard, citing national security concerns. If they had to divest the stakes they have in those companies, they’d lose a huge part of their gaming revenue.

The U.S. also passed a law that targets any Chinese companies that don’t comply with auditing standards within the next 3 years, threatening to delist them. This made long term investors a little skittish about putting their money in Tencent, and easier to look for growth opportunities somewhere else. 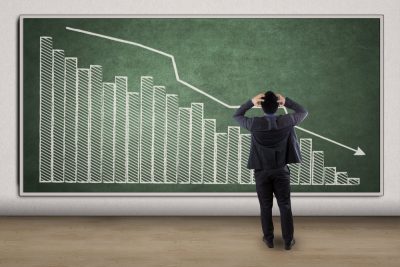 Due to government competition

In China, the Chinese government wants to regulate WeChat Pay to be more like a financial institution. They even launched their own “digital yuan” that are tied to state-run banks, to compete with WeChat Pay. WeChat Pay and the Alibaba digital payment system basically operate a duopoly when it comes to digital payment platforms, and with their popularity soaring, the Chinese government has decided to get involved with their own version for the state-run banks.

The Tencent monopoly is being broken up

They were also forced to give up their exclusive music licensing rights, where they previously controlled over 80% of China’s music streaming. And their gaming power definitely took a hit with China enacting strict laws around time spent gaming for those under 18.

As they grow and as technology evolves, they also face more competition. Though they are still sitting very pretty, this could also have a slight contribution to their recent drop.

Related: How to Buy Robinhood Stock (…And Is It a Good Buy??)

Should I Buy Tencent Now?

You might be wondering if Tencent is a good buy right now, since it’s been falling so continuously? Maybe it’s actually worth more than its current low price! So should you buy Tencent now?

The company is in a good financial position — they have low overhead and big revenue.

While I don’t give specific advice about whether Tencent is right for you, I will venture into my opinion. At this point, I feel Tencent is massively undervalued and that it’s a good time to buy, and a great opportunity.

Recently, Invested did a DCF analysis and found that a fair market value for Tencent shares is around $126 per share. The Tencent stock price today is $50.39 USD.

What is the likely forecast for Tencent in 2025? According to many sources, investors stand to double their investment by around 2025.

The company invests in high growth and high margin businesses such as social media, gaming, and advertising, which adds to the confidence that it could not only survive a fall, but rebound very well from one.

Another thing to consider is that Tencent gives you exposure to a rapidly growing Chinese market. If you’re looking for diversification and exposure to the Chinese market, now would be a good time to invest in Tencent.

Can You Buy Tencent Stock in America?

You can buy Tencent stock in America, though it’s not as simple as just purchasing it.

Because Tencent stock is OTC, you’ll need to find a broker that works with a market maker that has an inventory of these stocks. You can also purchase ETFs or index funds that have exposure to Tencent.

Related: How to Short Tesla Stock (…And Should You??)

How Can I Buy Tencent Stock?

If you want to buy Tencent stock in the U.S., or Canada or the U.K., it’s not as straightforward as just buying through your brokerage.

So how can you buy Tencent stock then?

To purchase Tencent stock OTC, you’ll need to be set up with a brokerage account.

If your broker offers international share trading, you can buy Tencent shares that are listed on the Hong Kong exchange, but it’s a little murkier and you’ll need to be pretty savvy to make sure you’re making the right choice. You need to consider differential taxes and caps for foreign investors, and the possibility of losing money if currency values change.

How to Buy Tencent Stock with an ETF

The simplest way, of course, is buying index funds or ETFs with exposure to Tencent.

This can be done like any other fund or ETF that you may have purchased before.

According to multiple sources, two good choices are…

How to Buy Tencent Stock – Is It Right For You?

Tencent is a mega holding company that has good exposure to the Chinese market. They invest in a lot of high growth and high margin companies.

Though they’re facing a lot of regulation and rule changes, they are well positioned to come out the other side.

Right now Tencent stock seems to be undervalued so it may be a good time to pick it up if it fits your investment strategy.

What about you? Do you think buying Tencent stock is right for you?