What’s the Difference Between a Bear Market and a Stock Market Correction? 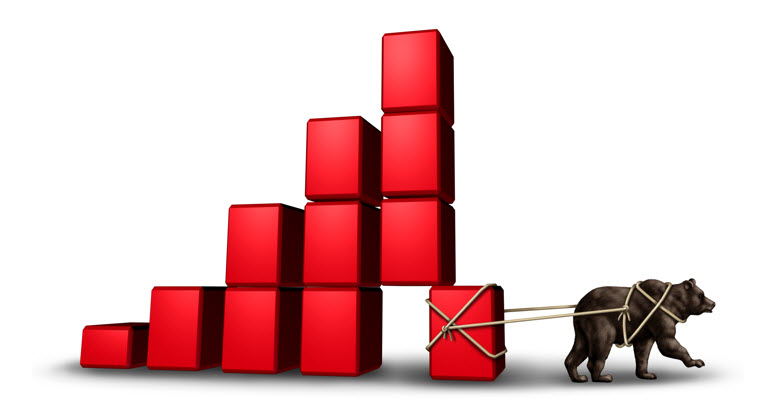 When it comes to stocks, investors tend to want to see one thing: the price of their shares going up and up. Unfortunately, continuous upwards growth isn’t always possible, and sometimes the market takes a dip.

In some cases, that dip will cause a fair amount of panic among investors. But those who are in it for the long turn should know that a drop in the market isn’t always a reason to panic. In fact, the occasional fall isn’t just typical, it’s to be expected.

Related: What Happens if the Stock Market Crashes? Is Your Money Safe?

Difference Between a Bear Market and a Stock Market Correction?

Whether you are working with a professional advisor or not, part of smart financial planning involves being able to recognize the differences between a natural correction in the stock market and an actual bear market. Here’s what you need to know.

A certain number of things need to happen before the stock market becomes what’s called a bear market. The first thing that needs to happen is that the value of a broad equity index, such as the Dow Jones Industrial Average, the Nasdaq or the S&P 500 (or a combination of any of the three) needs to drop by at least 20 percent.

The next thing that needs to happen for a bear market to occur is that the downturn or drop in value needs to continue for at least two months (60 days).

According to Investopedia, there were 32 bear markets in the years between 1900 and 2015, or about one every three and a half years. During the most recent bear market, which ended in 2009, the Dow Jones Industrial Average dropped by 54 percent. While the bear market that ended in 2009 lasted for about two years, the average bear market continues for 10 months.

The Emotion Around Bear Markets

Bear markets are unpleasant for investors for a myriad of reasons. For one thing, there can often be no end in sight during a bear market. It can be difficult to predict whether the market will continue to fall or if it will swing back up. That can make it hard for pretty much anyone to try to get a foothold in a bear market.

The general attitude during a bear market tends to be one of pessimism. That pessimism can make things worse, as investors panic and sell, sell, sell, further pushing down the price of stocks and the value of the indices.

Unlike its distant cousin the bear market, a correction is much milder. For example, there was a correction in the market at the start of 2018. On February 6, 2018, indices were down 6 percent from recent highs.

In some years, the correction is considerably less than in others. For example, in 2017, the most significant decline in the S&P500 was just a 3 percent drop. To give you an idea of how small that is, the average annual fall from peak prices is around 14 percent (since 1980).

Why Do Corrections Happen?

For the most part, corrections happen because of a fundamental rule: things that go up need to come down eventually. That’s to say, corrections are natural. When the stock market is on the up, and up, it’s very common for stocks to get overvalued and for their prices to rise to way more than anyone should be paying for them.

A correction is just a natural way for the stock market to right itself. It might hurt in the short term when you look at your investments and see that they are worth hundreds, if not thousands of dollars less one day than they were a couple of days ago. But you need to be confident that things will right themselves in the long run.

What Should You Do During a Correction?

Rule one: in a correction, don’t panic. Panic and rapid sell-offs can lead to bear markets. Usually, the best thing you can do is just wait out the correction. Your stocks and investments will bounce back eventually.

Rule two: talk to your financial planner about making smart investments during a correction. You know what they say, buy low, sell high. In some cases, buying in a correction can be the best option for you. Just make sure you get some advice from your planner first and don’t try to time the market or make rash investment decisions on your own.

If you’re going to invest, you can’t avoid stock market corrections. What you can avoid is the mass panic and snap decisions that often accompany a drop in the market.