Will You Save Money With A Diesel Car? 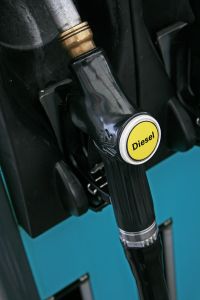 Have you ever thought about purchasing a diesel car that gets 40+ miles per gallon? I mean, it almost sounds like a no-brainer to buy a car like this. It’ll save you money, right? Well, it all depends.

The Alternative Choice to Gas and Diesel

Since we’re discussing the costs of gas and diesel vehicles, I thought it would only be fair to throw in a few words about the alternative: the electric car (I actually wrote a post a few months ago about the Nissan Leaf, which gives the details of initial and ongoing expenses of the electric-run machine).

In all honesty, I think electric cars are still a little too new and are beyond “affordable”. Even after a government tax rebate, the Nissan Leaf will still cost $25,000, plus tax! All this money to travel 100 miles at a time…

Hopefully, electric cars will be improved exponentially in the coming years, but for now, I don’t think they’re really saving us that much money.

A friend of mine has recently been in search of a new used car. She currently owns a Jeep and it was just costing her too much in gas to get to and from work. Enough was enough, and she decided it was time to buy a fuel efficient vehicle!

In her searches, she stumbled upon a Volkswagon Golf TDI (Turbo Diesel) that claimed to get an average of 40 miles per gallon on the highway! Sure, the diesel car was more expensive than the regular model, but the gas mileage was quite a lot better. So, she decided to buy the car (for cash by the way, kudos to her! 🙂 ), but there were still unanswered thoughts swirling in my head – how much extra did she spend to get the diesel car over the regular gas model, and how long will it take her to make this purchase worth it?

Here are the facts and figures that I utilized for my analysis:

Other constants included the price of gasoline and fuel. In my area, they are currently $3.93 and $4.25, respectively. I assumed the average rate of 12,000 miles per year. And, I also assumed that the repair costs would be the same for each vehicle.

Obviously, the VW Golf TDI has a higher initial cost, so how long will it take to make this purchase worth your while?

Be Smart – Don’t Fall in Love With Amazing Gas Mileage

Initially, it seemed like it would be worth it to pay extra to get better gas mileage, but unless you hold onto the vehicle for 10 years, it’s really not worth it at all.

In all fairness to my friend, she actually bought the TDI for a very reasonable price, and will only have to drive it for about 5 years to make it worth her while. 🙂

Have you been thinking about buying a more fuel efficient vehicle? You may want to consider the extra initial costs!