The Stock Market Crash of 2016 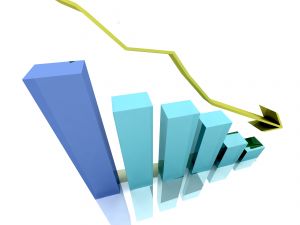 Soon after the Second World War, many American soldiers returned back home to their loved ones and decided to buy a home of their own and start a family. Babies were soon everywhere, and these children were quickly referred to as the “baby boomer” generation.

The “baby boomer” was a label put on individuals that were born between 1946 and 1964. Today, there are approximately 70 millions people that carry this title, which is nearly one quarter of the population.

So What’s the Big Deal?

At this point, quite a large majority of the baby boomers are approaching their 60s and are considering retirement. Instead of leaving their money in the stock market, many of them are beginning to shift their money into something a little more secure like money markets and bonds (as well as using the money as their retirement income). Nothing here sounds all that alarming, but let’s dig into the economics of these actions.

Let’s say 100 people each own a purse that they wish to sell. At $50 each, there are exactly 100 people that are interested in purchasing a purse. Therefore, at that price, the market has reached its equilibrium; meaning, there is exactly the same amount of supply as there is demand at one particular price. In this case, it was $50.

Now, what if only 50 people had an interest in those 100 purses for $50? Then either half of the people would not be able to sell their purse, or the price would need to be reduced in order for demand to meet the supply. In this instance, the purses would most likely have to be priced a little lower (let’s say $40) to attract the demand of 100 buyers.

In other words, what I am trying to get across here is, ‘demand drives the prices’. The same economic principle can be applied to the stock market. The stock market is continually moving, always hovering around the equilibrium where supply meets demand. If a particular stock suddenly loses demand, the price of that stock will go down!

Are You Putting the Pieces Together?

Hopefully, you’re starting to understand the fear of another stock market crash. About 70 million people are starting to take billions of dollars out of the market to prepare for retirement. At the same time, the younger generation is investing less than what is typical. This create a large supply of stock shares and a very low demand. Therefore, the stock prices will plummet. Most likely, they will go lower than anyone has ever seen before.

What do you think about this theory? Have you done anything to prepare for this?