TV is Sucking the Life Out of Me! 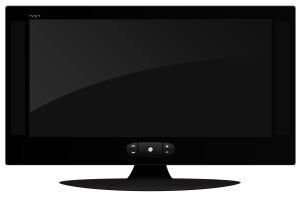 Who among us does not love to sit down and watch our television? For many of us, our TV is the central focus of our home. Where there used to be great art at one time, there is now a huge LCD HDTV flat screen TV. It’s almost like the monument within our home.

When I was in college, I actually owned 2 large televisions! One for my bedroom, and another for my “entertainment room”. Now that I think about it, these two TVs rested within 6 inches of each other, and were only divided by a single wall. Not only that, but both of them were within my parents’ basement…. Did I really need 2 TVs? Of course not, but TV is just that awesome that we all want to have more than 1!

How Many Do You Have?

Now, in college, I owned those 2 TVs, but I know that quite a few people have even more televisions in their house. How many do you have? 3? 4? 5 TVs? Count them up. One in the living room, one in the kitchen, one in each of the 3 bedrooms, a few of you might even have one in the bathroom…. You could easily own 5 televisions (not counting the old ones collecting dust in storage)!

My wife and I are currently renting a house while we’re searching for one to purchase, and I was delighted to find out that the owners did not have cable, and actually didn’t receive any channels. Why was I delighted? Because I love television! I know, you might think that I’d be disappointed, and it’s not really adding up in your mind. But, when I have a bunch of channels at my disposal, I have a hard time turning that stupid box off! I’d much rather not even have the option of watching TV. That way, I can actually get some online work done without distraction.

Why Did I Have To Do It?

Well, the other week, I was itching to watch The Players golf tournament on TV and I decided to mess with the digital box to see if I could get a channel that would be covering the event. Success! I now get about 10 channels (rather than zero) including the tournament! Well, I enjoyed watching golf on Sunday, but now I have developed a problem. TV is beginning to suck the life out of me again.

Do you have my disease? First of all, when I turn the TV on, I can get sucked into a show until it concludes for the night. In fact, I turned on the box yesterday and got hooked on “The Biggest Loser”. This episode was very emotional and really captured my attention. I figured, “What’s the harm in watching this show for the next hour? I’ll get some work done after that.” The only problem was, this was a special episode that went for 2 hours! Of course, I sat there and watched the whole thing… Secondly, I get so distracted while the TV is on that I can’t do anything else. I’m not even sure I could hold a conversation for more than 15 seconds while a show is on…. It really makes it tough to get anything accomplished.

How Much Does It Cost You?

I actually wrote a whole article about the cost of watching TV a few months ago and the numbers were astounding! I factored in the cost of cable, the opportunity costs, and the cost if all the money were invested instead. It was definitely a huge chunk of change.

With my online presence, I would say that each hour of television would cost me about $30. For some of us, this number could be more, for others it may be less, but whatever the number, is it really worth it? Hardly ever do I even remember what I’m watching while the commercials are running!

Unless I know there’s something on TV that I feel is worth watching, I’ve decided to keep it turned off. That way, I can keep it from sucking the life out of me and wasting my valuable time.

What is your experience with television? Do you watch a ton of it, and is it sucking the life out of you too?