Debt After College: How Do You Deal With It? 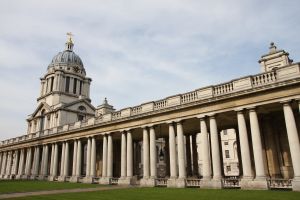 Do you currently have student loans? If you’re a normal human being, you probably do. And, you’re probably wondering how you should be dealing with them!

Way to Invest In Your Future!

While you’re in school, your parents and grandparents often express how proud you are making them, but very little advice is given once those loan repayment statements start coming in the mail!

When our student loan bills made their way to our house, I was not prepared for it at all! In fact, money was so tight that we decided to defer our loans for two months! No one told me about this step in the process! It was all sunshine and rainbows….. I was supposedly going to find my dream job, move up the ladder, and retire early with huge benefits from the company… however, as I learned later, this is just a fairy tail for most of us.

The Truth About Those Loans

The truth: there aren’t any rainbows, and I certainly didn’t see any sunshine when I opened those student loan envelopes. They are a nuisance and they cause stress like you’ve never felt before!

I just recently bumped into an old friend of mine from high school. The last time I saw him, his voice was still cracking and I could see the glow of the sun off his greasy forehead (I guess mine was greasy too… you know, teenage nastiness syndrome – my point is, it had been a while), and do you know what I found out?! He just passed his exam and he is a certified doctor!

Being the finance man that I am, I starting asking him about his financial situation, assuming that he must have had loans to get through his 8 years of schooling. To my surprise, he was able to escape his first 4 years without an ounce of debt; however, the next 4 years was another story.

Because medical school was so demanding, there was no possible way for him to tackle a job at the same time. I can only imagine what the final bill was – I don’t think it would be too tough to accumulate $100,000 in student loans at a graduate level. Whatever the number was, the emotional outcome was evident: FEAR.

While he had attained that piece of paper that supposedly guaranteed success, the massive debt load was already crushing his spirits. His timeline was 6 months…. that’s when those loan statements would start knocking at his door.

How to Deal With Those Student Loans

If I were in my friend’s situation (and I was once, only on a smaller scale), I would focus most certainly focus on paying off the debt as soon as possible, and in order to do that, I would follow these steps:

Do you currently have student loans? When do you plan on paying them off? Have you ever thought about the freedom you’ll feel once they’re gone? 🙂