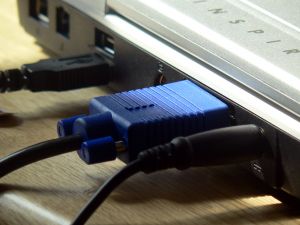 Other than the small details of Dell Computers starting in a dorm room, have you ever heard the makings of Michael Dell’s life and how he got the idea to start his own business? Were his parents supportive? Were they the genius behind his success, or did he rebel against them in order to follow his dreams? Let’s dig in and find out!

Michael Dell as a Child

Like many successful individuals, Michael was known to be a hard worker. When he was just 12 years old, he started working at a Chinese Restaurant so that he could earn money for his stamp collection (Ha, he sounded like a real popular kid, huh…?).

In high school, Michael, who was beginning to understand his gift of sifting through data, earned over $18,000 by finding new subscribers for the Houston Post! After this venture, I think Michael knew that he was gifted, and that a large income was out there for entrepreneurs like him.

With earnings from his entrepreneurial ventures, Michael bought his first Apple computer at the age of 15. After the purchase, he actually took it apart to figure out how it worked! Soon, he found himself building his own computers and within a short period of time, was selling them to friends and family at a discounted price.

While in college, Michael decided to expand his operations and withdrew $1,000 from his own savings account in order to start building and selling computers for his classmates at the University of Texas.

Really, the rest is history. Dell’s business continued to grow at a rapid rate. Within just 8 years from that start-up in his dorm room, Dell was officially the youngest CEO within Fortune’s Top 500 Companies!

Do You Have an Idea?

This week’s round up is short and sweet, but these articles are awesome! I hope that you’re inspired! 🙂

Weekend Wrap-Up, Expansion Edition – Corey, from 20’s Finances, is getting radical and is looking for a way to retire early with his online ventures! I think it’s entirely possible and will be rooting Corey on! Go Corey! 🙂

10 Steps I’m Taking to Become a Millionaire – by Free Money Wisdom. Jon is a very motivated individual, and I have no doubt that he’ll become a millionaire in his life-time. I think he’ll actually achieve this within the next 7-10 years actually! Go for it Jon!

Increasing My 401(k) Contributions to Avoid Leaving Money on the Table – I agree with Evan from, “My Journey to Millions”. It’s important to know if you company matches your investment, and if they do, how much? Don’t leave free money on the table!

Bar Stool Economics & How Taxes Work – by Funancials. This is a great summary of how taxes work, and it’s a fun read too! Find out for yourself! 🙂