What Doesn’t Count As Passive Income 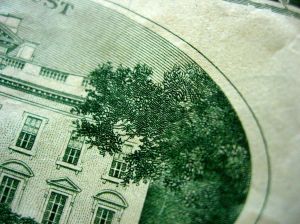 This guest post has been written by Invest In 2012, who aims to help you become a better, more profitable investor in 2012.

Passive investing is a rather attractive model when you think about it. While earning money from your job, you can invest your earnings in the markets and watch your capital increase over time. There are a ton of posts out there telling you how to invest passively, but before you do so (if you intend on doing so), you at least need to know which markets, as a passive investor, you MUST avoid.

Unlike stocks, which if you base it off of the S&P 500 that increases at approximately 7% year over year, currencies do not appreciate over the long run (rather, they depreciate if you stick it under your mattress due to government money printing). Currencies simply fluctuate. Currency “investors” aren’t investors at all; they’re speculators. They trade millions of dollars at a clip at a time. They’re leveraged to the hilt, because while a 5% change in the USD to EURO might not be a lot of money, when leveraged 4 to 1, that results in a 20% change. Currency speculators need to know the following:

1) Good connections are key. Currency speculators need to know the news (especially government policy) before everyone else does. That’s the only way they can gain a competitive advantage.

3) Currency trading requires a ton of leverage. As passive investors do not consistently monitor the market, they should not trade currencies because leverage becomes a dangerous factor.

4) Currency trading is a very complex market (I never trade it myself). It involves tons of factors, ranging from the economy (it’s almost impossible to consistently predict where the economy’s headed), governmental policies, foreign policies, and (you wouldn’t believe it) the weather! The passive investor cannot accurately predict and then calculate all these factors into one BUY or SELL decision. In fact, even traders hardly ever consistently make money in the currency markets simply because it’s such a difficult game to play.

Commodities over the long run (if you’re talking from a 40 year standpoint) do not appreciate. This is because commodity prices are very closely interlinked with inflation rates. So if over 40 years the average inflation rate has been 4% and commodities have risen in price by an average of 4%, then in reality, you haven’t made any money at all!

In addition, commodity prices fluctuate wildly each year. Gold often will trade in a 30% range, wheat within a 50% range, and silver within a 60% range! Since the passive investor prefers non-volatile, steady 5-10% returns, commodities hardly fit that description!

Bonds are very similar to currencies. Over the long term, bonds do not appreciate in value. They simply trade within a range, and when bond prices go considerably beyond the range, smart bond traders will snap up whatever bonds they can find, and force prices back within that range.

Bonds also require a ton of leverage. With leverage, you simply cannot afford to sit back passively, because a small deviation from the standard range can pose a serious threat to your portfolio.

Art, old coins, etc. While art (supposedly) increases 20% on average each year, I do not believe this to be the case. A piece of art or a collectible is only worth how much a buyer is willing to pay for it. So in good economic times prices will soar, and in poor economic times when there are no buyers, technically, the value of that collectible asset is $0.

So Why Aren’t These Passive Incomes?

While all of the investment techniques might be relatively passive, most of them do not actually earn you an income! At best, the above methods might keep up with inflation, which does not improve your purchasing power. If you’re looking for a passive income that creates wealth, I would stear clear of these methods.

What do you think? Are you investing with some of the methods above? Do you believe that you’re beating inflation with your investments?