Why Car Loans Are Making You Poor 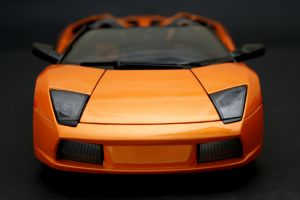 There are basically three options when it comes to “buying a car”. You could lease it, purchase it with a few thousand down (perhaps by taking out a loan from a place like samedayloans.org.uk) and make payments for a few years, or you could buy the car outright with cash. How do you typically purchase your cars?

People that lease a car often think of themselves as sophisticated. Not only is their payment less than those that actually purchased a car (through the bank), but they get to write off more of their payments when tax time rolls around. Here’s the major problem though – after the lease runs out, they have absolutely no property to show for all of those payments.

They probably paid $5,000+ in one year, and have nothing to show for it. Oh, but don’t forget about that $1,000 tax write-off…. Now they’re only in the hole $4,000 each year. If you think this is sophisticated, you’re definitely going to be broke for life.

Purchasing a New Car on Credit

There are quite a few people that believe strongly in using other people’s money (OPM) for the majority of the purchases in their life. Since inflation increases by about 3% per year and a new car loan has an interest rate of 1.9%, many people believe that it’s wise use OPM when they’re in the market for a new car. This sounds all well and good until you factor in depreciation.

It’s a well-known fact that the average car will lose 60-70% of its value in the first 4 years of its life. That means that if you purchased your car for $25,000, it will only be worth $8,750 in only four short years. You may have gained a few hundred dollars because of the rise in inflation, but you lost over $16,000 on the value of your car!

Purchasing a Used Car On Credit

Based on the loan interest details above, you may think that it’s wise to buy a used car with OPM! After all, the interest rates are at 1.9% and inflation is rising by 3%. It just makes sense! Well hold on there. The rates for new cars are at 1.9%. Used cars typically carry notes of 6% or more. Suddenly, you aren’t earning any money against inflation. In fact, you’re losing money pretty quickly!

Also, purchasing a car on credit (used or new) is risky. If you found yourself without a job, thereby unable to make your car payments, what would happen to your wheels? That’s right, they’d be gone — taken away by those lovely repo men.

Buying a Car With Cash

If you hadn’t guessed it by now, cash is my preferred way to buy vehicles. Since cars depreciate in value severely within the first four years of their lives, I often look to purchase vehicles that are between 4-6 years old. They are often still running strong and have a great visual appeal. Plus, rather than lose $16,000 to depreciation, the value of my slightly used car would only go down about $2,000 within the same time frame.

The Reason Car Payments Will Make You Broke For Life

If you’re making payments on a car each month, you’re reducing your cash flow by an average of $350 per month, which equates to $4,200 each year! If your first car was purchased this way, chances are that you aren’t able to save up the money to pay for the next one with cash, so you get stuck on this cycle of car payments for life! That’s $350 every month for 55 years (from age 20 to 75)!!

Total up those payments and you’re looking at a loss of $231,000 over the course of 55 years. This though, is still not truly the loss of your purchase on credit. Instead of making those regular car payments, you could have been investing your money into the market and earned 10%. With those consistent deposits each month, your investment would be worth $9,500,000!! I don’t know about you, but I’d rather not have a car payment….

Do you typically purchase your cars with cash? Has this article impacted the way you think?