Aggressively Paying Down My Mortgage 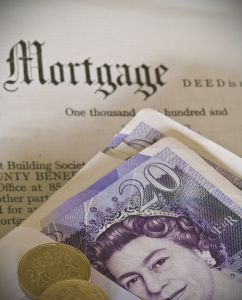 Yes, it’s true. I plan to pay my mortgage down to $40,000 by the end of this year. This is step one in my overall plan of paying my entire mortgage by the end of 2014. Some of you may be wondering why the heck I’m paying off my mortgage when the interest rates are so low, well it just so happens I wrote an article about it, “Should You Pay Off the Mortgage ASAP?” in case you’re interested in the “why” details. Right now though, I’m digging into the “how”.

Making Goals, Then Figuring Out How

I’m notorious for setting goals and then am left scratching my head thinking, “How in the world am I going to hit this crazy goal?” For me though, this is the fun part. I know that pretty much anything is possible, but you have to ask yourself the right questions. If I set the goal and then immediately said, “There’s no way I can accomplish this goal,” then I will most certainly never hit the goal. If, however, I stop to think about how it might be possible, then my mind will be lead to possibilities that I’ve never thought of before, and I’ll be that much closer to find a solution to hitting my goal. The mind is a powerful tool, but it can either work for you or against you. Personally, I’d rather use my mind to achieve great things rather than explain to people why it was impossible to achieve greatness.

My Mind At Work On This Goal

I set this goal for myself in the beginning of the year and I didn’t realize how much money I would have to pay out on other things. Instead of starting to pay this debt down in February, it has taken until now for me to get a start. Now it’s crunch time and I’m going to have to get creative. If I did absolutely nothing out of the ordinary and just used my discretionary funds to pay down the debt, I might be able to get it below $50k, but certainly not as low as $40k. Many people would say this is admirable, but there’s just one problem, $50k isn’t my goal.

So, in order to come up with another $10k, I have to do something more. Something that isn’t going to take a ton of time, but has the potential to generate some additional profits before the end of the year comes. Here are the ideas that I came up with.

If I were to do all of these things (which may kill me, but we’ll just have to see what happens), the total earnings would be well over $10,000. Let’s add it all up and see what I could earn in a best case scenario. With the staff writing, I could potentially earn $6,000 by December. By flipping cars, I could earn a maximum of $2,000. And, with the website building and sales, I could earn $10,000. Adding these up and I’ll have myself $18,000. It would be awesome to earn this much extra, but realistically I might earn half that – so somewhere in the neighborhood of $9,000. That would basically put me right where I need to be. I’m officially making this my new plan of action to get my mortgage paid down. I’ll have to keep you all posted on my progress in the upcoming months.