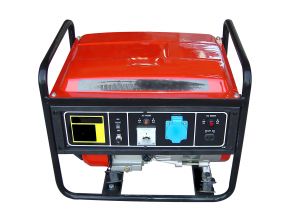 Did you ever have an expense that you knew was coming, but you did nothing about it? I regret to say it, but I did this once, and I paid thousands of dollars out of pocket because of my poor decision. Come with me to my not-so-proud moment in history…

Before I moved to Florida, I purchased a 2000 Volvo S80 Turbo. I absolutely loved this car. It was a large car (which is a good thing, because I’m pretty large (tall) myself), but it still got amazing gas mileage on the highway. Thirty miles per gallon to be exact. Plus, it cruised like a Cadillac. The only downside was that I bought it with 172,000 miles on it, so it was certain to have some problems eventually.

A couple years down the road, the repairs started to pile up. It was never anything serious, but a couple hundred bucks here and there was getting pretty annoying. Then, my coolant tank began to leak, which meant that I had to continually refill the tank or my car would overheat. Rather than fix this issue (among the others that existed), I decided that I was done putting money into my car and would just drive it till it died…

Well that’s exactly what I did… Instead of keep up on the maintenance and selling the car for $2,800, I ignored every single issue, was stranded at the side of the road and got $300 from the scrap yard. Pretty dumb choice huh? We live and learn.

Fast forward a couple of years and I’m faced with a similar dilemma. My sump pump runs often, and if the power ever went out, I’m sure that my basement would be flooded with water in a matter of a few hours. The solution? Buy a generator. The only problem is that the cost of a generator is $400 at minimum. However, if the basement actually did flood at some point in the future, I would most likely be out thousands of dollars (sound familiar??). The unfortunate events of the car were a few years ago, but I definitely haven’t forgotten this lesson. I went out and bought myself a generator. I’d much rather spend the money now and save a tragedy in the future. Think of it as insurance.

Spend the Money Now to Avoid Tragedy in the Future

Do you have anything that’s similar to my story? Perhaps you have a roof leak but you don’t want to spend the $200 to get it fixed. Think about the ramifications of your decision though! If the roof caved in or if mold developed in your house, you could easily be out thousands of dollars. It’s best to suck it up and pay the expense today.

What expenses are you facing today? Will they save you money in the future?