The Truck Flip is Complete! I Sold it on Monday. 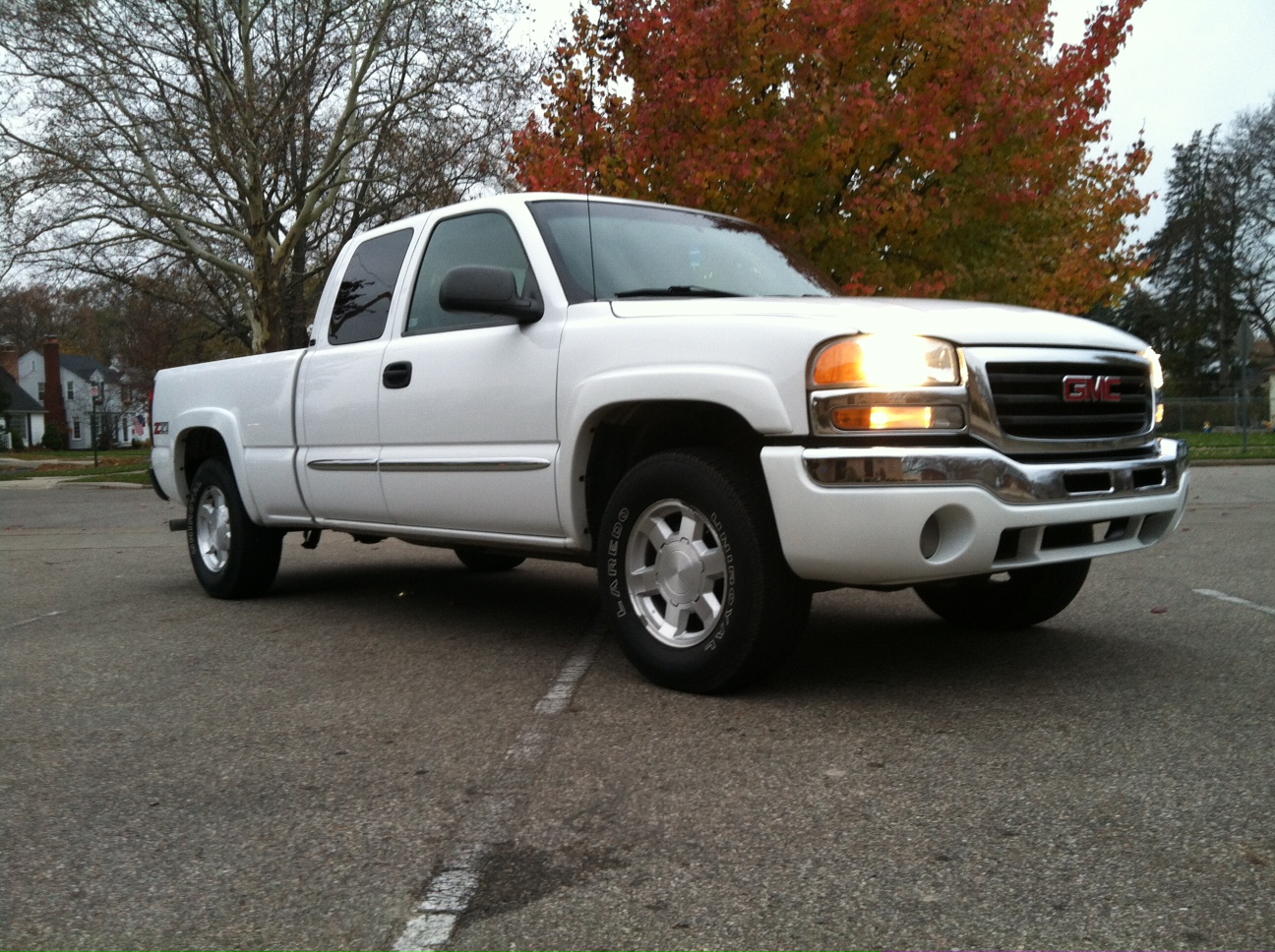 For those of you that don’t know, I purchased a truck back in October with the full intention of flipping it, meaning that I bought it for so cheap that I really wanted to just turn around and sell it for a quick profit. So did my plans actually work? Well here’s my story…

I purchased the truck from a local dealer that apparently didn’t know the true value of this vehicle. They were asking $4,995 for a 2004 GMC Sierra. But, it wasn’t in perfect condition either. The front bumper was only half there, the air conditioner would only blow 90 degree heat, the transmission wasn’t shifting quite right, and the rocker panels were just starting to bubble with rust. Because of the high risk, I asked the dealer for a cheaper price. With a little back and forth, I was able to buy this truck for $4,350 (about $4,700 after taxes, title transfer, and the dealer fee). I felt like this gave me enough room to make a decent profit (about $1,500) assuming that everything that needed to be fixed wasn’t a worse-case scenario.

Approximately one day after I bought this truck, the service engine light came on (sounds like a shady dealership trick to me….no cool). It turned out that it was for emissions, which typically means that a few O2 sensors went bad. No big deal, I got the front two sensors and that took care of that…for about 6 hours, and then the light came back on again. Since it is 10 times easier to sell a vehicle with no warning lights on the dash, I decided to take it in again. It was another sensor. Ok, so I ordered another one and got that one replaced. And then, as you may have guessed, the dash light came on once again – still an emissions problem. At this point I frustratingly said, “Whatever” and decided to just keep the light on. It might be tougher to sell, but I just didn’t have the time to fix this unknown problem.

The next thing I tried to fix was the air conditioner. This was actually a simple fix because the regulator was just stuck on heat. By shifting between 90 heat and 60 air, I eventually got it unstuck and it worked beautifully ever since.

Then I moved on to the broken bumper. I found one online for $100, bought some spray paint and some clear coat (I taught myself how to do this by reading forums), and after a couple of days, I had a nice new bumper mounted on my truck and it looked amazing.

And then….I hit that deer…

I couldn’t hardly believe it. My 1 week old bumper was smashed and looked almost identical to the smashed up one that was original to the truck. Everything else on my truck was fine. So, I ordered another bumper, painted it, and put the clear coat on just like before. That was another $120 or so…

Then, believe it or not, the four wheel drive went out. I immediately got this fixed, but it cost me another $410. My profit margins were quickly fading on this truck.

At this point, I had $5,700 into the truck and just wanted to get rid of it before the curse continued. The next day a local dealer contacted me and took a look at it. He offered me $6,000, but didn’t have the money on him. In the next couple of days, his offer suddenly went down to $5,500 for no apparent reason. After I quickly rejected his offer (since it would result in an overall loss from me), he raised his offer to $5,700. At this point, I was just annoyed and decided to ignore any further offers from him.

I reposted my ad and told someone that if they were interested in the truck, I was prepared to give them a deal – I was done playing around with people and their fake offers. Apparently, this ad did the trick.

A man from Muskegon called me on Saturday and asked when he could look at it. I responded, “How about right now?” He excitedly agreed, took a look at the truck and asked if I would entertain his offer of $6,300. After pretending like I would have to think about it, I told him that I would be willing to accept that offer. He came with the money on Monday and the truck is now officially gone!

It took quite a lot of work and hassle, but even after all of the issues with this truck, I was still able to turn a profit like I predicted. It just goes to show you that if you buy a vehicle for cheap enough, you can still net quite a large profit with a few unexpected expenses.

Do you think I should reinvest this money and go for another car flip?