Why Energy Investing Can Be The Right Choice 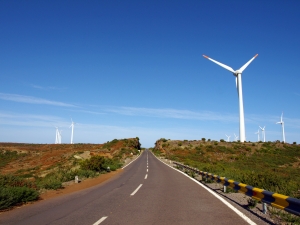 As trendy and volatile assets from large and media-exposed firms disappoint investors from time to time, the energy market may provide a high gain – moderately low risk alternative investment.

A large number of investors have been traditionally attracted to the trading of assets from large, profit-making companies that often make the news headlines. Entities like Facebook and Twitter have been popular in recent times, but their shares are regarded as trend-based and with considerable volatility. An example is from not long ago, during the U.S. Government partial shutdown in October 2013, when those shares were in the same group of financial assets which lost considerable value.

Investors should consider focusing on assets which provide high gain with low risk, which can be found with markets which are of paramount importance to the world. The energy market is a classic example of traders to follow as not only is it vital for the present but also for the future, and billions of dollars are invested annually in order to meet the rapidly increasing needs of the global population. Currently, the U.S. is spending about $250 billion each year to resolve power quality issues. Large Latin American countries such as Brazil are miles behind the infrastructure needed to cope with the increasing demand for power as it is expected to double within the next ten years, and corresponding increase in demand in Asia is increasing by 5% annually.

It is estimated that the cost for global energy demand is roughly $700 billion each year for the next 15 years, with two thirds of that budget attributed to the power needs of the world’s largest economy. Energy budgets estimated by governments are unlikely to shrink in size due to expense-cutting operations because it is impossible to cut on essential needs of a country. On the contrary, the budgets estimated might be on the low end given the rapid growth of energy demand worldwide.

Oil is still in great demand by the markets, but the process to access and refine it has become more challenging. Oil companies have to employ more costly methods to drill deeper and horizontally to get new oil and that of course adds up to the end-product’s price. This is why governments constantly increase their budget allowance for energy subsidies such as fossil-fuel and efficiency methods in search for energy alternatives.

There is a range of energy sub markets and corporations to invest in. Traders interested in investing in nuclear power may want to consider the purchase of assets by EDF, the giant French company, which is planning the setup of new reactors. Nuclear atomic stations are also operated by GDF-Suez, another French company, which has reported large gains in recent months. Although not many companies specialise in ‘green’ energy, there are some entities which are considered the big players. Infinis, a UK-based energy company, claims that they hold 7% of the renewable energy market and they plan to enter the London Stock Exchange (LSE) early next year. There is also the option to invest in energy funds, which are usually blends of holdings from different parts of the energy market. They are also diversified in terms of company sizes as they may include assets from large energy companies to small and more specialised entities. Whatever the energy investment choice might be, it is certainly an investment into a globally vital and rapidly-expanding market.

Energy markets can also be accessed through Contracts for Differences (CFDs). These are future contracts for the trade of commodities such as oil and gas at a specified price and date in the future. They do not require the purchase of the asset itself, and they can be traded through forex brokers.

Whatever your energy investment choice might be, it is certainly an investment into a globally vital and rapidly-expanding market.