Did The Budget Hold Up in June? Budget Review 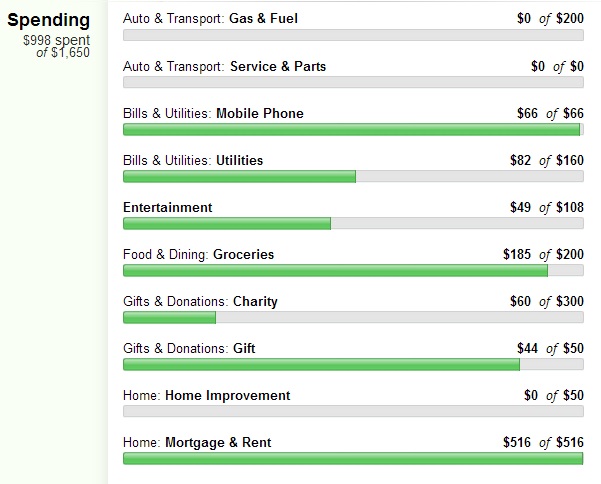 Ever since the beginning of the year, I have been incredibly focused on my budget – both in adhering to it and in reducing my costs each month. It has been an incredibly worthy exercise as I began with a monthly expense limit of $2,000 (and often overspending each month) and have since whittled this down to $1,650 (and now often spend far less than that). Throughout these recent months I have not felt constricted by my budget. Rather, I feel grateful and thrilled at the many things that I own and the wonderful experiences that I have on a regular basis. I am richly blessed.

My June expenses were almost laughable. I knew I spent less than expected in the month, but when I actually pulled up the budget to take a screenshot for this article, my response was, “Really?!” Hahaha. Take a look for yourself.

Everything else in the budget was as expected and I could not have asked for a better June! Hopefully July and August follow suit to this budget plan. I think I could get used to spending less than $1,000 a month! 🙂

How are you doing with your budgeting?