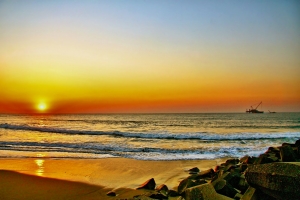 Are you enjoying a financial skinny-dip? Only a few years after the great recession, I would argue that many have once again shed their financial shirts and coats and are skinny dipping with their finances just like they had been a short time ago. Instead of building up a savings account and investing for a future retirement, many spend all that they have, and in some cases more than what they have. In fact, according to USA Today, over one third of the population has saved absolutely nothing for retirement. And, almost 70% of 18-29 year-olds have also saved a whopping zero dollars for their retirement. Have we learned nothing from the Great Recession? I believe that soon they will be once again showing their financial nakedness.

This is one of my favorite quotes from Warren Buffett. He’s basically saying that everyone’s finances are private and just aren’t talked about among friends or coworkers. We see somebody buy a new car or a new boat and we think, “Wow, George’s job must really be paying out! That’s an awesome boat. Good for George!” Then, as the financial picture changes and the good times turn rocky, many of these financial skinny-dippers are revealed. The tide goes out and they have nothing left. Their financial nakedness has become evident. They have absolutely no money and are left with a bunch of stuff that isn’t theirs. The bank takes back their boat, their cars, and maybe even the house.

For Goodness Sake, At Least Put on a Swimsuit

Continuing on with Warren’s analogy, I would hope that everyone would at least arm themselves with a financial swimsuit. And by this, I of course mean an emergency fund. When the good times go out with the tide, our very lives might be at stake. Perhaps we are forced to take a pay-cut at work, or maybe our company car is taken away and we are forced to buy some transportation all of the sudden. Whatever the case may be, the good times can’t last forever, so you should at the very least have an emergency fund at the ready.

For a sound emergency fund, I would recommend at least 6 months’ worth of expenses. If you spend $4,000 a month, then I would sock away $24,000 and put it into a secure place where it’s easy to get at. Something like a high-yield savings account or a money market fund. This isn’t going to yield you a ton of money, but at least you will be financially safe and will no longer be swimming naked. When times get rough, you can confidently walk out of the water without exposing your embarrassing self to your friends and family. Saving up the money won’t be easy, and it might take years, but it will certainly be worth it when the financial tides goes back out.

Okay okay, so this analogy might be running a little thin, but don’t give up on me here. When you are taking a swim in that financial lake of yours, sometimes an emergency fund by itself just won’t cut it. Sure, it might allow you to get through those tough times, but you are certainly not better off than what you were before the financial crisis. For me, I plan on not only wearing a swimsuit, but I am going to be wearing sneakers and a T-shirt as well – I’m going to be ready not just to walk out of the water, but to run a race for financial freedom. Let me explain.

Do you know when the wealthy often get the most rich? It’s a few years after a decline in the market. Do you know why? It’s because they are ready to buy and invest when others are forced to sell. Remember when housing took a dive in 2010? The rich already had money socked away and started investing in real estate like crazy. They knew that the housing market was sure to bounce back within the upcoming years, and in the meantime would rent their new homes out to many that were being forced out of theirs. Today, their real estate empire is already worth more than double what it was just five years ago!

Be Ready for the Next Market Crash in 2016

The market is still doing pretty well. I suspect that the Dow will soon hit a new high and will continue to soar for another year or so. There have been some that have predicted a new market crash in 2016 and I don’t think that is too far off. In reality, I see it happening in late 2016 or maybe even into 2017 as many baby boomers are still working and are not yet pulling much money out of the market. But, when the boomers begin to retire for real, there will be a sharp decline in market demand. The young aren’t investing, the old aren’t investing, and others are swimming around without swim trunks on, so who the heck is investing in the market? Not many, so it will likely fall again. I can’t tell you exactly when it will happen or in what sector, but there is likely another crash coming. My suggestion to you is to wear your financial trunks, and if you can, wear those tennis shoes and your T-shirt as well. When all others are selling, be ready to run around and buy. It might just be the secret to your future financial success.

Are you prepared to benefit in the next market crash? Are you saving up your money to invest heavily? I hope so!