The Obvious Road to Riches That Eludes Us All

The road to riches is honestly pretty simple. Deep down we all know the secret to becoming wealthy, but our busy lives have a way of masking the truth from many of us. Our jobs, the bills, our children, our parents, our grandparents, recreation, and even formal education: all of these things are distracting us from the blatantly obvious answers for our financial shortcomings.

I was recently reminiscing about my young high school days with a friend as we watched her daughter compete in a tennis tournament. While watching the tournament, I realized that many of the young players were taught to reserve their emotions and play as mature competitors. I, however, was quite the opposite when I was a teenager. In fact, when I played I always brought two rackets. One for playing and one for throwing. 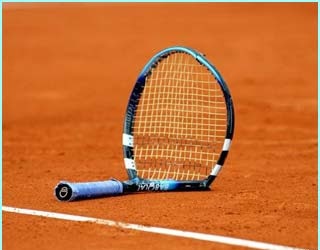 Within each match, I would inevitably start making unforced errors: hitting the ball into the net, pulling the ball wide of the lines, or maybe even hitting long. When nothing was going right, I simply got pissed off, would then run to the side of the net where my old racket was placed, and would throw it as hard as I could into the fence (I chose the fence because that would make a louder sound than the net, and would therefore relieve more of my anger). Why anyone would even play with me I have no idea. I was extremely immature.

If you think about it, many people are emotionally immature even as adults. Sure, you might not see them throwing their tennis rackets a country mile, but they often make poor financial decisions due to their financial immaturity. They likely know the road to riches, but instead they seem to medicate their sadness with stupid purchases. If they are having difficulty in their marriage, they might just head to the store and buy something nice for themselves. If they have a rough day at work, perhaps they self-medicate their woes with a brand new car.

Sometimes the financial decisions don’t even stem from a certain event. Actions might take place because of how money was presented during childhood. If your parents never had money and always said that wealthy people were greedy jerks, then you will likely never hang onto the money that you earn. Either you’ll spend it on stuff or you’ll just give it away – all because of what your parents instilled in you when you were a kid. I bet this sounds ridiculous, but it is absolutely true. I have seen it time and time again. Just like I used to throw my tennis racket out of emotional immaturity, so too do people throw away their money due to financial immaturity.

In order to grow wealthy and get on the road to riches, we must first discover how to take the correct financial actions.

How to Get on the Road to Riches

Here is where the obvious instruction begins. The road to riches is not a mind-boggling secret. It is simple, logical, and works every time. Have you ever heard the phrase, “Garbage in, garbage out”? I first heard this phrase when I was an aspiring young computer programmer. If I was trying to code a robot to turn left, but was repeatedly telling it to go right within my code, which way do you think it would turn? Obviously, it would turn right because that is what my code was telling it to do. My code was absolute garbage, and so too was the result.

The road to riches has the exact same philosophy. If you are continually taking in garbage, your financial output will also be garbage. In other words, if after work each day you are listening to people that say only the lucky become wealthy, then that is what you will ultimately believe. You’ll blame your poverty on the government, corporations, or the economy, but ultimately the main issue is your input. Garbage in, garbage out.

So what is the map for the road to riches? Let’s have a look:

So what impacts your programming? Basically everything you experience during each day is your programming. Your spouse in the morning, your coworkers at the office, the radio station you have playing in the car, your TV shows in the evening, and the Facebook messages you read at night. These are the programmers in your life. These inputs affect your thoughts, your feeling, your actions, and your financial results. Some of these programmers you have a influence over, and others you might not. But, if you begin to change even a small portion of the negative programmers in your life, your results will likely change tremendously.

If you truly want to change your financial results in life (and hop onto the road to riches), then you first need to change the messages that you are allowing into your head. Instead of browsing Facebook messages for an hour each day, challenge yourself to read a financial book instead. Instead of listening to secular music on the way to work, perhaps it would behoove you to listen to some inspirational messages on CD. And what if you did without some of your TV shows? Even if you stared at the wall and did absolutely nothing during that time, it would probably benefit you more financially than if you watched another episode of Frank and Marie fighting on Everybody Loves Ramond.

Unless you change your programming, your road to riches will bend into the den of deadbeats.

What could you change in your programming?