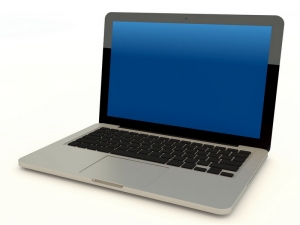 This guest post is writing by Ben Luthi, the beloved originator of the Wealth Gospel. Ben currently works in the corporate world, but has dreams of ditching the corporate grind for a life of freelance writing. Enjoy the read below to see how his journey has gone thus far.

Writing has always been a love of mine, even though I’ve never felt like I was good at it. I wrote a lot of short stories when I was a kid, and I still have some them. I read them every once in a while, just to remind myself that at least I’m not that bad anymore. I’ve always had a goal to write a book one day, but as I finished up my Bachelor’s degree in finance, I felt as if it would never happen.

That is, until I couldn’t find a job…

Being unemployed the first 6 months out of college shook me up. I had always been successful in the different jobs I had, but nothing was going my way. After a few months of depression, self-pity and a lot of hopelessness, I came across some personal finance blogs like Good Financial Cents and Budgets are Sexy.

At first, I enjoyed reading about personal finance topics because it’s something I’m passionate about, and then it hit me: I can make money freelance writing online.

I had just gotten a teller job at a local bank, but the idea of this alternate route to reach my goal sank into my brain like a seed, ready to burst into something I had never thought possible. It took about a month to convince myself it was worth the investment to start my own blog in order to get the ball rolling.

Wait, what if I’m not a writer?

Not everyone enjoys expressing themselves in the form of writing, but I believe every one of us has the innate desire to create. I’m amazed at the diversity of talents there are out there, and whatever sort of talent you have, these same rules apply. Whether you’re into graphic design, music, vlogging or even crocheting, there’s room in the Internet for you and your skills.

Make sure it’s always your best

During the first few months of blogging, I was trying to keep up with the guys and gals who had been doing it for years. I was pumping out a lot of content, but it was mostly random stuff I didn’t spend a lot of time on, going in all different directions, and, I’m embarrassed to say, no proofreading!

After I cooled the jets a little and focused more on quality than quantity, I got my first offer. A content manager somehow found his way to an investment-related post I wrote and felt like it was perfect for their site. I was freaking out (refer to all of these combined).

At the same time, I started doing guest posts for other bloggers. But rather than doing my best stuff for them, I did my bestest because I knew there were a lot more eyeballs (and more important ones at that) reading their blogs than were reading mine. A few months later I got another freelance writing gig when one of the bloggers I guest posted for became a content manager and was looking for some writers.

Along the way, I’ve also had other clients randomly recommend me to other editors and content managers, which feels like Christmas every time. The lesson is that you can never tell who’s reading or seeing your stuff. You may be tempted to produce less-than-stellar work if it’s just a friend, a small client or you aren’t getting paid well. However, everything you put out there immediately becomes part of your résumé, so make sure it’s the best you have. 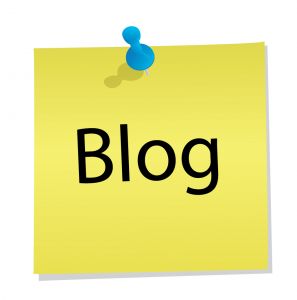 It may sound overly simplistic, but it’s effective. After a few months of writing for my first client, I told them I had a little extra time and wondered if they needed any more freelance writing. Just that one question doubled my workload and, consequently, my income.

A month or two later, I saw they had a German blog and thought, “Hey, I speak and write German fluently. I wonder if they’d let me write for that blog too.” Sure enough, a month later, I was not only a regular writer for their German blog, but they asked me to manage it for them, and they threw in a few more articles a week for another blog they ran. Between this and other clients I added along the way, my monthly income went from just over $200 to over $2,000 in just five months.

This also works sometimes on your current clients, too. I have some who will completely fall off the face of the earth for a while, not sending me any assignments at all. Just the other day I reached out to one of my clients and asked if they had anything they’d like me to write. They asked me for some input on some ideas they had and a few days later I had a bunch of new articles to keep me more than busy over the next couple of weeks.

In the grand scheme of things, it doesn’t hurt to ask. You’re going to get told no—often. And that can hurt. But the more you ask, the more yeses you’ll get too. Even with so-so writing ability, enough confidence can help you make at least some money while you hone your skills.

The same goes for other skills. If you notice that a friend, or even a stranger, needs something that you can offer, it’s because they can’t do it themselves. Don’t be afraid to pipe up.

Learning how to balance a full-time job and a burgeoning freelance career isn’t easy, but it’s doable. But it’s not just about spending more time writing. You have to make sure your return on time investment is high. One thing that sadly had to take a backseat during the past few months is my blog. As much as I love it and could easily spend 60 hours on it every week, I had to focus on where the money was.

Another difficult decision I had to make was to drop one of my first clients. I loved the topic that they had me writing about and their site had a ton of traffic that sent a lot of people over to my blog, but the problem was that they paid me next to nothing. After a few months of waffling back and forth, I finally decided to drop them so I could focus on more lucrative opportunities. So far it’s worked out great!

All in all, I made just over $25,000 in 2014 from my writing. When I started my blog back in August 2013, I knew that it was possible from seeing the experiences of others, but I’d be lying if I said I knew it could happen that quickly, and to me of all people. It’s been a wild ride, but I’ve loved every minute of it.