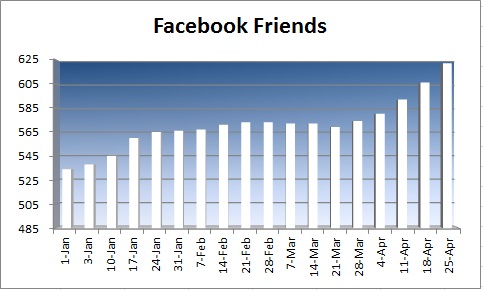 Whew! It seems like every week is crazier than the last, and this past week has certainly been no different. I traveled to New York on a business trip a week and a half ago, and since then my article, “9 Things the Rich Do That the Poor Do Not” was picked up by Business Insider, and then because of it’s popularity was set up as a featured article on their site! All in all, that article had over 191,000 views and 48 comments! Naturally, this drove a ton more traffic to my site, which then lead to more Twitter followers, Facebook friends, and new subscribers! This site growth has been absolutely excellent. Just when I think it can’t get any better, it does! It’s absolutely crazy what quality content can do.

Goals Update #17 – A Look at the Numbers

Alright, so let’s not delay. How am I doing compared to my goals that I set for the year??

My goals are to, by the end of the year:

Thanks to my post being featured on SAHA Financial Daily and Business Insider, my visitor numbers have been through the roof! Check it out. I still really can’t believe it. In the last 30 days, I have had 37,281 visitors. That’s a pretty massive jump from 7,915 just four months ago! 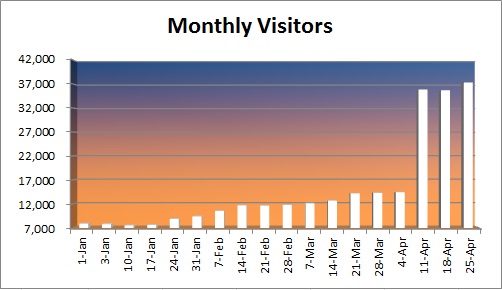 As many of you know, this has been a focus of mine over the past few weeks, and it’s amazing what can happen when you begin focusing on a particular area in your business – it typically just grows like crazy! A few extra posts a week has really made all the difference. Well, that and my article going viral on Facebook throughout Vietnam. 😉 My current Facebook friend number = 622. Pretty good! Getting closer to that year-end goal of 1,000!

I have sort of neglected my automated Hootsuite posts on Twitter for the past two weeks, so these numbers probably could have been better. But, they are still on the rise, so I can’t complain about that! Current Twitter followers = 2,086. 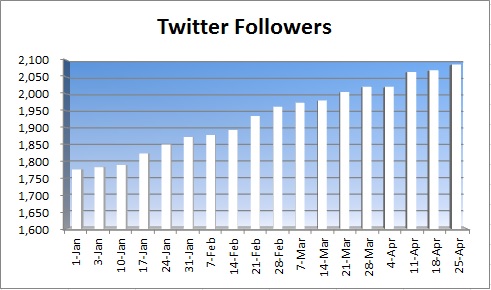 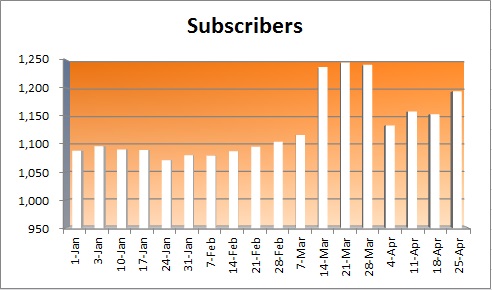 5 Fantastic Reads From This Past Week

It may surprise you, but there are plenty of sites other than mine that produce some fantastic articles from time to time. For that reason, I like to share those with you as well! Take a look – read – enjoy!

Why You Don’t Have to Be Budget Poor to Live a Frugal Lifestyle – by Canadian Budget Binder – This article really resonated with me because while I am not poor, I still enjoy living frugally and spending far less than I earn. At times, this offends the poor and perplexes the rich, but as this article states, I really shouldn’t care either way.

How to Be a Millionaire by Age 30 – by Entrepreneur – This post is fantastic. If you want to shift your mentality from poor to rich in an instant, then read this article. While skimming, I never stopped nodding my head. A brilliant post.

6 Money Mistakes the Rich Don’t Make – by LearnVest – While all of these six points were good, I personally liked #2: You Overspend. Almost every single person in America is guilty of this. They have a house that’s way bigger than they need, their car is five times more costly than a regular one of the same caliber, and their closets are bursting at the seams. If we just spent less, many of us could be much more wealthy.

How My $1.5 Million Summer House More Than Paid For Itself – by Business Insider – To be honest, this article is still a stretch for me, as I would never just go out and buy a million dollar house to impress some clients. But, the premise makes sense. Instead of spending hundreds of thousands of dollars on TV ads, why not buy a beautiful place on the lake and meet with your top clients face to face? Interesting…

Retirement is Not an Extended Vacation – by Retire by 40 – When many people think about retirement, they think about lounging by the beach with a mixed drink in their hand. While this may sound nice, it would likely make most of us crazy! We’re just not meant to sit around and do nothing. We’re meant to explore, think, reason, and challenge the status quo! Have a read and let me know what you think.