5 Reasons Why You Should (Almost) Always DIY 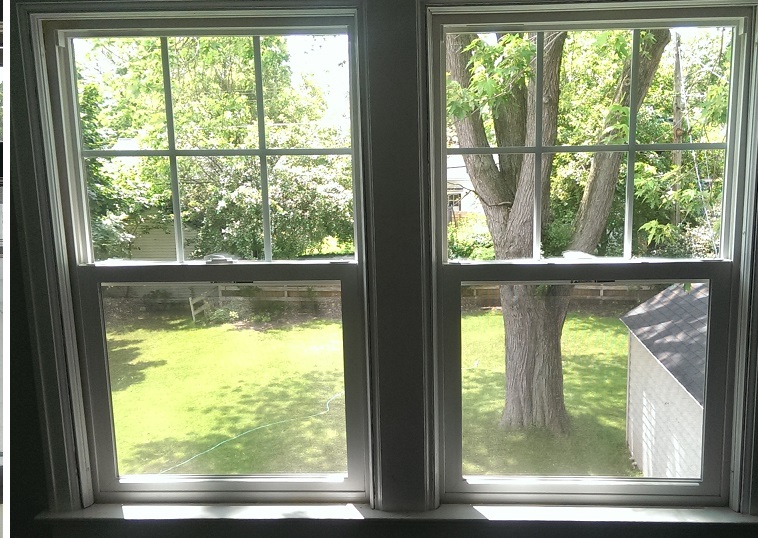 DIY: Do It Yourself. What a crazy term huh? Just a few generations ago, this was the norm. If something broke, the owner went to the local hardware store, bought some parts (or made their own), and fixed their busted item. Today, if you roll up your sleeves to do something yourself, you are either thought of as a renegade or an idiot – a renegade because nobody takes the time to fix or construct anything these days; an idiot because it would be “wiser” to pay someone else to do the job right vs. doing a mediocre job or just screwing up the entire project by doing it yourself.

Why You Should (Almost) Always DIY

A handful of people have caught on to the DIY mentality, but mostly it’s limited to cutsie fabric projects or painting a neato pattern on the wall. This is NOT what I mean by DIY. When I say you should always DIY, I mean that you should tare up your own floor, buy PVC piping and redo your plumbing, and for goodness sakes, install your own vanity (it’s not that hard people). While some people would consider do-it-yourself projects a time-waster, I’m putting in my vote for the exact opposite. DIY projects ARE worthwhile, and here are five reasons why:

1) It Saves You Money

This is the most obvious reason of all of them. Doing things yourself saves you lots of money because you avoid the service call fees (just for a professional to show up to your house) and the $80/hr labor fees. If something takes a professional a day or more to do, you’ll end up paying at least $800 just in labor, which will probably total more than the cost of the parts they’re installing!

My house desperately needed new windows. The old ones are original to the house that was built in 1942. They’re poorly insulated, many of them are cracked, and they don’t even stay open on their own anymore (we used a few handy dandy sticks for this…it was getting pretty sad). So, I ordered the windows from Menards, watched a few YouTube videos, and started installing them myself this past week. In total, I spent $2,600 on 18 windows.

My neighbor strutted over a few weeks ago and let me know that he just ordered windows as well, AND he got a smokin hot deal. His windows, installed by professionals, were only $7,500. I’m not sure I covered my gasp well enough during that conversation – $7,500?? Hokey shinaynay! He’s paying  about $5,000 on labor! That’s crazy!

2) Your Knowledge Level Goes Up

Doing your own home projects really makes life easier in the long run because you actually know how things work around your house, meaning that you’re not always at the mercy of the professionals to tell you about what’s going on with the repair. 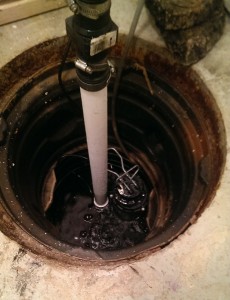 A few years ago, my sump pump quit on me, which means that water wasn’t getting pumped out from beneath my house (yeah…that’s never good). Thankfully, my basement didn’t get flooded and I fixed the sump pump unit just by touching the ball float (it was just stuck on the rod).

First of all, by doing this simple repair I probably saved myself about $75 (the typical service call fee). But secondly, by actually looking at my sump pump and figuring out how it worked, I realized how simple it really was. Basically, the sump pump unit just sits in the hole and has a PVC pipe coming out of it that is secured to a rubber valve (that can be easily removed with a flat-head screwdriver).

Just a few days ago, my sump-pump stopped again and the “touch-the-float” trick did not work. The motor was burned up and could no longer be used. Instead of immediately calling a professional, I decided to install the new one myself. It honestly took about 15 minutes and is now working gloriously again. Just having the knowledge of these things can save you a ton of headaches. And best of all, you don’t have to wait around for the professionals to fix your urgent problems.

Do a few DIY projects, and you’ll not only save money today, but you’ll save money in the near future as well – thanks to your new-found knowledge!

Way back in the day, there was no such thing as a work-out facility. People didn’t have to go to the gym and workout because most of them performed manual labor all day for their jobs! DIY projects build strength and endurance. By installing windows myself, I’m not only lifting those heavy windows into and out of the framing, I’m also making countless trips up and down my stairs! Soon, I’ll be painting my own house and getting a great workout on that ladder all week!

Alright, so DIY projects can obviously go wrong from time to time, but you know what? Your mistakes make for great stories! Falling off the roof, accidentally blowing something up, or falling through the floor might not seem so funny at the time, but that memory will forever be a story that people will enjoy. I have a few of these stories, but they still aren’t that funny to me yet…so I’ll choose not to write about them here. At least, not yet. 😉

My future wife and I are becoming DIY experts (with no prior training mind you). She’s making a bunch of decorations for our upcoming wedding and I’m overhauling parts of the house. When I work on DIY projects, it often gives me business ideas. For one, I consider offering my new-found talents for money. And secondly, while doing some mind-numbing activity, my mind will often trail off and think of potential business ideas.

After installing 18 windows on my own, I’m pretty sure that I’ll have it pretty down-pat. Since I don’t have my contractor’s license or anything, I probably can’t just advertise my services and work for anyone, but I could easily charge a fee to install some windows for a friend of mine. It’s not the best business idea, but it’s still a potential money maker!

Liz is currently making dozens of centerpieces for the wedding reception (because she refuses to buy them – I’m all for that!), and they actually look quite amazing (FYI, a light goes inside of them for special effect through those holes)! She’s joking around that she should start selling them on Etsy, but I honestly think she should! I mean, check these things out. You wanna buy some? 😉 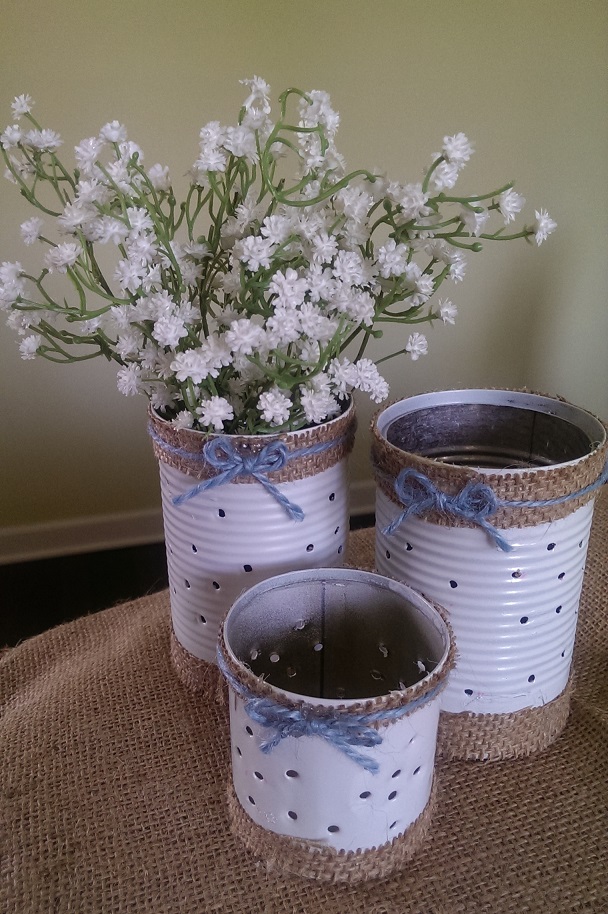 Business ideas can be sparked at anytime, but I have to say that there’s a better chance that your brain thinks of something while you’re actively working, rather than when you’re on the couch watching TV waiting for those professionals to get your work done for you. In other words, get your butt out of your La-Z-Boy and get started on that DIY project that you’ve been putting off!

What was your last DIY project? Would you do it again?