Stop Comparing Yourself to Average 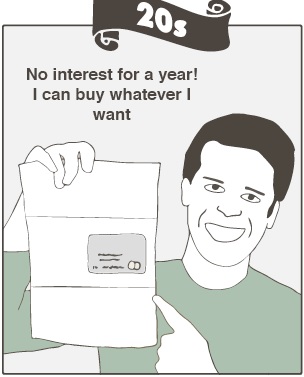 Since I am officially off honeymooning (YAY!), I have asked Jack Ryder from SimpleThriftyLiving.com to fill in for me today. I have been getting annoyed by people comparing themselves to average and being ‘good enough’. You know what? Average is broke, and why would you want to compare yourself to broke?! Before I get carried away, I’ll let Jack take it from here. 😉

When it comes to money, most people try to get advice from their parents, friends, family and other people in their lives; in other words, the “average” person. The problem: The “average” Joe is getting his advice from the same people. This is how myths and bad information about money management spreads. In reality, keeping up with the Joneses has caused massive debt in this country. Here is why comparing yourself to the average American is not the best way to manage your money.

The average person spends more money than they earn.

According to recent numbers from NerdWallet, the average household debt in America is over $200,000, which is a staggering number. Granted, most of that debt comes from mortgages, but mortgage is still a massive debt, and in many cases, people are taking on mortgages that they can’t afford. Truthfully, that’s the main problem; people are spending more than they can afford on everything. Food. Cars. Vacations. The basic math is if you are spending more than you take in, you are putting yourself into debt.

The simple solution to this problem is to come up with a monthly budget and stick to it. Figure out how much your household income is, deduct any recurring expenses like mortgage or credit card payments, set aside a portion for savings, and the rest is what you can spend on food, entertainment and other expenses. If you spend more than the budget, you are spending more than you earn, and are putting yourself deeper in debt. 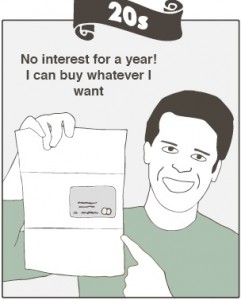 The average person doesn’t have an emergency fund.

Most people have no or very little in their emergency fund, which can be a costly gamble. CNN reports that 68 percent of Americans are living paycheck-to-paycheck. This is an easy way to slip into debt. If something comes up, like a loss of job or costly home repair, and you don’t have an emergency fund, you can end up taking on major debt either on your credit cards or through a personal loan.

Paying for an emergency through credit or a loan not only puts you in debt, but that usually comes with a hefty interest rate, which means you are paying way more for your emergency than if you had money saved to cover it. Putting money aside for emergencies not only means that you are prepared, it also means you will save hundreds to thousands of dollars in interest.

The average person is not saving for retirement.

The Federal Reserve says that the median amount of retirement savings in the country is $60,000, and that number doesn’t include people who have no retirement savings at all. US News says that around 45 percent of people don’t have any savings for retirement, which is even more disturbing.

The biggest problem is that the average person doesn’t think they can afford to save for retirement, but even if you only contribute a small portion of your income, it can add up quickly. For example, a 22-year-old who makes $40,000/year and contributes only 1 percent of his or her income for the next 43 years can make up to $150,000 for retirement through a 401k. And if your company matches your 401k contributions, you are basically making free money. And don’t forget, all 401k contributions are made before taxes, so depending on your contribution, you may not even notice that big of a change to your paycheck.

The average person has an average or below credit score.

According to Credit Karma, more than 75 percent of people have a credit score under 700. This is a major issue because your credit score dictates your interest rates, not only for mortgages, loans and credit cards, but also for things like insurance. The higher your credit score, the lower your interest rate, which – between a mortgage, car loan and credit card purchases — can save you thousands of dollars over the course of your life.

If you are one of the 75% of people who have an average or lower credit score, don’t stress, you can raise your score to a healthier level. First and foremost, start paying all your bills on time. Your credit history is one of the biggest factors in your credit score, so making sure it is clean from here on out will be a big help.

The moral of the story here is don’t always trust the financial advice you get from the average person. Do your own research. Figure out what works for you, and stick to your own budget. Keep yourself as informed as possible about your personal finance options and soon you won’t have to settle for being average when it comes to your money.

Are you ready to stop comparing yourself to the broke, average person?