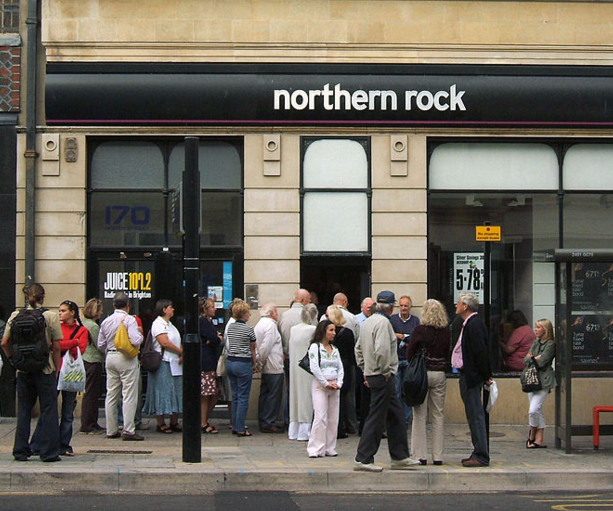 Most people reading this blog have pretty much the same goals: Get out of debt, save money, and become at least a little bit rich. Sounds good, but that’s easier said than done. Saving money is hard and it requires discipline. You know that.

Every month you put some of your dollars into the bank, money that you could also spend on clothes or great food. In the meantime, you are still paying back your student debt. That’s painful. Especially nowadays, as many safe investments don’t pay attractive returns anymore.

However, at one point, you’ll be happy that you have enough money in the bank to enjoy your old days. But guess what, the bank is not as safe as you may think.

You don’t own your bank deposits; if the bank goes bankrupt, your money will be gone

For decades, only very few people have ever questioned the integrity of banks. You give your money to that nice guy in a suit today and after some years you get your money back, plus interest payments. That’s what your parents have been doing and so do you. However, the financial crisis has demonstrated that this system is not as bullet-proof as many people thought.

In fact, if you give money to the bank, it’s not yours anymore. Banks lend out most of their funds – about 90%, and in some cases even more. If there is a market panic and many customers want to withdraw their deposits, the bank will get into financial distress in a heartbeat. In this case, the first customers who take their money out are the lucky ones, while those at the back of the line won’t get anything. That means: You are in fact an unsecured creditor.

Unsecured? What about the FDIC insurance, you may ask. Right, the federal government insures deposits up to $250,000. However, the FDIC has far less money than it has insured deposits. There are over $6 trillion on insured deposits in US banks. The FDIC has about $41 billion. That’s a big difference. Moreover, about $3 trillion in deposits are completely uninsured.

Sure, the FDIC could get support from other parts of the federal government. However, we all know that the US government is loaded with debt and in case of a crisis, it might not be possible or at least take a long time to get an approval on support funds.

Even if there is no crisis, inflation combined with zero interest rates will eat up your savings

There have been bank runs in the US, for example on the banking firm Bear Stearns in 2008, which was highly vulnerable due to exorbitant short term lending. It has also happened in other countries. In Cyprus for example, where many savers lost a big chunk of their money. In October 2010, there was a bank run on DSB Bank in the Netherlands, and in Argentina a panic resulted in a nationwide bank run in 2002. Long story short, there has been a confidence collapse in the financial system during the past decade.

But let’s assume that you are an optimist and have trust in the financial system and the federal government. Hence, you think something like that won’t happen. Lucky you, but nevertheless, you are still losing money!!

Right now, interest rates are near zero, so your money loses in value due to inflation. Inflation in the US is quite low at the moment, but that could change quickly. In fact, the global debt crisis creates an incentive for policy makers to push up inflation. Remember, the Fed is not your friend. A recent Gallup poll shows that it’s mostly the rich Americans who support the Fed’s monetary policy. Their interests might be different from yours.

Hence, even if you believe the financial system is safe and something like a bank run won’t happen, you are still losing money due to low interest rates and inflation.

Bummer! It doesn’t look too good for your “safe” deposits. Buying property could be a way out. Real estate, alternative investments or commodities for example. Especially the latter are attractive. Commodity prices are low right now and will they become increasingly attractive as investment vehicles.

Moreover, the factors described above have led to a shift in public confidence. Hence, more investors will invest in commodities that are crisis-proven, such as gold. That’s why it might be a good idea to invest at least part of your savings in gold, instead of putting it into the bank. On the contrary to cash, gold has so far survived every crisis and is therefore seen as the best way to save money by many investors.